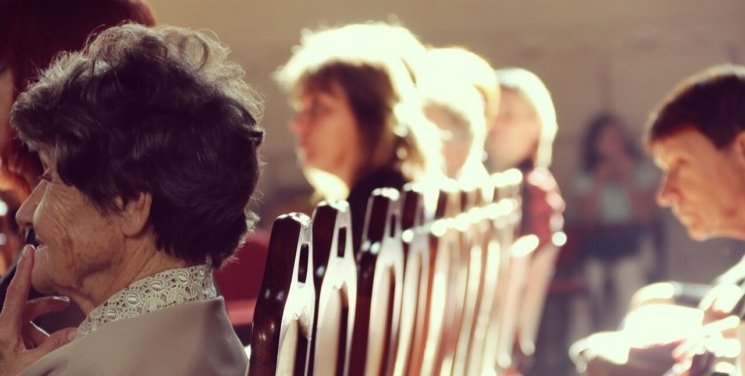 In what is by now becoming a familiar ritual, yesterday evening MPs once again voted on various proposals for how Brexit should be handled, while the government endeavours to secure itself more time to negotiate an amended deal with the EU.

However, the backdrop against which today’s voting will take place is different from that on previous such occasions, thanks to two decisions made in the last 48 hours.

The first is the government’s concession that, if its deal is defeated a second time, it will give MPs a vote on whether (i) the UK should leave the EU without a deal, and (ii) on extending the Article 50 process.

The second is Labour’s announcement that, should its own proposals for Brexit be voted down, the party will then back a referendum on Mrs May’s deal (though only if it does eventually secure Commons approval), with remaining in the EU as the alternative.

Meanwhile of course, differences over Brexit (among other things) has led eight Labour and three Conservative MPs to leave their parties and form a new Independent Group of MPs.

But does this drama at Westminster find an echo in the polls? Is there evidence that the intense debate about Mrs May’s deal since it was first unveiled in November has resulted in any marked change in attitudes towards Brexit and how it is being handled?

Or, so far as public opinion at least is concerned, would it be more accurate to conclude that ‘nothing has changed’? Here we identify six pointers.

In many respects, evidence that public opinion has been swayed by three months of debate about what to do with Mrs May’s deal is difficult to come by.

The most recent reading, taken by Opinium in the middle of this month, found that just 12% think the deal would be good for the UK, while 48% reckon it will be bad, figures little different from what the company obtained when it first asked the question at the beginning of December.

Even among those who say they would currently vote Conservative, only 23% think the deal will be good for the UK, while 31% believe it will be bad. Backbench Conservatives who dislike Mrs May’s deal are not under any great pressure from voters to change their minds.

If Mrs May cannot secure support for her deal, many Leave voters would still prefer to leave without a deal.

When presented with a list of five options as to what the UK should do next, 51% of Leave voters say we should exit without a deal – very similar to the 48% who expressed that view as long ago as last September. Only 16% of Leave voters (and 16% of Conservatives) think leaving the EU should be delayed until we have a better idea of what kind of deal would get most support.

The fact that Mrs May has had to concede the alternative to her deal may be a request to extend Article 50 rather than ‘no deal’ potentially puts her further at odds with the views of many in her party.

There is little sign of any recent increase in support for a second referendum.

In their most recent poll, Deltapoll reported that 43% are in favour of a second ballot and 45% opposed, almost identical to figures of 43% and 46% respectively the company found in response to a similar question in December.

Meanwhile, Opinium find that 43% are now in favour of ‘some form of public vote’, while 42% are opposed. If anything, these latter figures are perhaps even a little less favourable to the idea of a second referendum than those the company obtained back in November.

However, both polls find that still around two in three Remain voters – and three in five Labour supporters – are in favour of the idea. Labour’s announcement this week reflects a sentiment that has long been in evidence among many – though by no means all – of the party’s supporters.

Remain continues to have a narrow lead in polls of how people would vote in a second referendum – but no more than that.

Immediately before the publication of Mrs May’s draft deal in mid-November, our EURef2 poll of polls put Remain on 53%, Leave 47%.Although it edged up to Remain 54%, Leave 46% for a while, our poll of polls once again now stands at 53-47.

With so narrow a Remain lead that is heavily dependent on the views of those who did not vote in June 2016, nobody can be sure what would happen if the issue were to be put back to the people.

But not everything is unaltered.

Perceptions of how well Jeremy Corbyn has been handling Brexit have become increasingly negative.

In Opinium’s most recent poll, conducted after the formation of The Independent Group, as many as 63% say that he has responded badly to the government’s handling of Brexit, compared with 50% just before the publication of Mrs May’s draft deal.

The decline in his evaluations since then has been on much the same scale among both Labour Remainers and Labour Leavers.

Jeremy Corbyn’s attempt (to date at least) to bridge the divide between the two camps has increasingly seemed at risk of satisfying neither side – something that was always a danger given how polarised their attitudes are.

The formation of the Independent Group has attracted the support of some voters – though to what extent is still very uncertain.

Estimates of the level of the party’s strength range between 6% (Opinium) and 18% (YouGov).The higher estimates have come from polls that have reminded people of the existence of the new group before asking how they would vote – a prompt that may be thought to run the risk of exaggerating the group’s support.

Equally, however, not drawing voters’ attention to the new group may mean that respondents fail to take the possibility of backing the group into account.

But irrespective of how they ascertain support for the group, most polls find that it is – unsurprisingly – higher among Remainers than Leavers and among former Labour voters than their Conservative counterparts.

Little wonder then that Labour seems to have lost its enthusiasm for holding an early general election should Mrs May’s deal fall – an option that never seemed a very popular with voters in the first place.

It seems that, for the most part, the continued impasse at Westminster reflects a continued stasis among voters. Even so, how politicians are seen to respond to this state of affairs can still make a difference.

By John Curtice, senior fellow at The UK in a Changing Europe and Professor of Politics at Strathclyde University. This piece was originally published by What UK Thinks EU.