Have Brexit preparations made it any easier for government to tackle Covid-19? 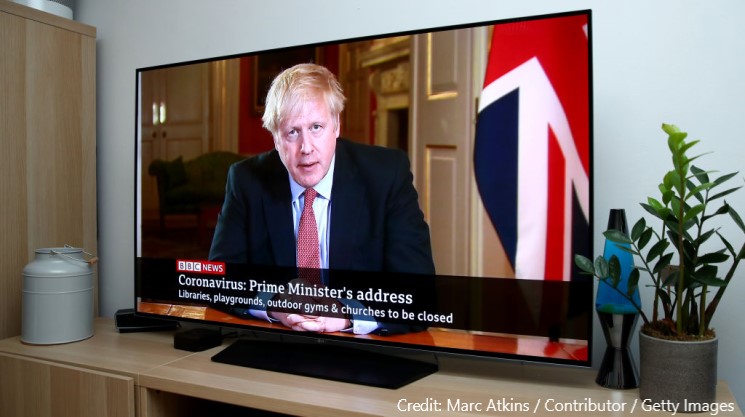 There will be debate for years to come about whether the UK exit from the EU hampered our response to Covid-19 – not least being outside European health coordination mechanisms and not participating in the first European ventilator procurement.

But, at a practical level, might the work done to ready government for a no deal Brexit have made it easier to respond to this crisis?

Last year, civil servants and government agencies prepared three times (in March, April and then again in October) for the possibility that the UK would leave the EU with no deal – so called Operation Yellowhammer.

There has been a lot of talk about how years of austerity had stripped spare capacity from the system – not least in the NHS. But one thing that Brexit did was bring an end to the Cameron government’s drive to reduce civil service numbers.

Those numbers have shot up in the months and years since the referendum, including in departments like Defra which are at the forefront of emergency work now. Without Brexit, the civil service was targeted to have been even smaller in 2020 than it was in 2016.

The abolition of DExEU on 31 January left a lot of people without clear roles in the new structure – Taskforce Europe was much smaller than the teams that the department had built up to handle the future relationship negotiations. Those people, transferred to the Cabinet Office, are potentially available to be deployed onto helping tackle Covid-19.

Preparing for Brexit also engendered new ways of more cooperative working. Departments were more willing to transfer staff where they were needed – a degree of collaboration not seen before.

In the run-up to no deal in March 2019, volunteers moved from relatively unaffected departments – like MoD, Justice, Education and DfID into those on the frontline. New emergency operations centres were set up – and on no deal, as with Covid-19, there was a better degree of cooperation with the devolved governments than on the policy issues where there had been stand-offs.

Senior managers also had to think about new ways of deploying their staff – new work patterns. Around Whitehall posters offering help to ensure staff resilience and protect wellbeing sprang up on departmental noticeboards as people realised that the emergency rotas and pressure could last for weeks and months, not just days.

The decision-making structures that were used for no deal planning – notably Michael Gove’s daily XO meetings – will have given many inexperienced ministers a rapid baptism in emergency but decision-making. Those structures unblocked a lot of issues that got stuck under Theresa May.

The use of decision-action meetings with ministers and officials sitting together was not unprecedented before Brexit – David Cameron established implementation task forces in 2015 when he came back into government: but the pressure of Brexit planning forced ministers and civil servants into much more extensive use of them. That experience will have translated into the effort on Covid-19.

It is not just on internal management though that Brexit planning may have helped. No deal forced civil servants and ministers to get to grips with critical supply chains.

The sort of disruption from no deal planning was different to that from Covid-19: the focus then was on the disruption to traffic across the Channel if there had been hold-ups at Dover or Calais, which is very different to the downstream problems we have seen emerge in supermarkets in recent weeks. But it may have encouraged a better appreciation of some of the critical pinch-points and how to manage them.

The Chancellor’s first Covid package – announced in his Budget – appeared to have borrowed from some of the elements that would have featured in the other – less publicised – part of no deal planning: Operation Kingfisher – designed to help business through a period when their cash flow was at risk.

But the fact that those measures have now had to be updated three times shows how the scale of the current crisis differs even from that that might have resulted from a no deal Brexit (however bad they might have turned out at the time).

A no deal Brexit has nothing like the life and death consequences of a pandemic, would have been largely confined to the UK – and would not have had to cope with the challenges of working with large sections of the service economy shut down, and many people forced out of the labour force through illness or self-isolation.

Governments prepare for emergencies – and routinely do exercises so ministers and officials have some clue about the pressures they may come under when they are going through a crisis. The fact that so recently they had to prepare for an all-economy shock may have been some help – and they may have been able to draw on some of the lessons they learned.

But that does not mean that they should pretend that they can still prepare for Brexit while handling Covid-19. One of the lessons of Brexit in the last three years was that it ate the bandwidth within government for any other change.

Getting through the current crisis has to be the government’s sole focus – likely for months to come. It will strain the capacity of ministers, public servants and business as nothing we have seen for generations.