Have Leavers had their Brexit hopes dashed? 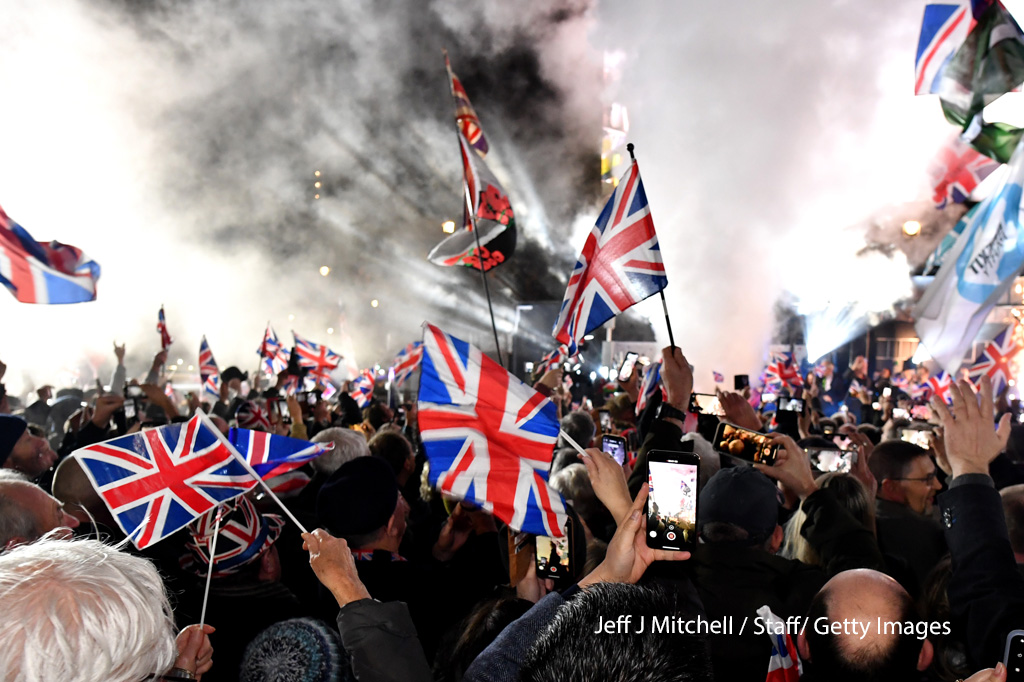 Doesn’t time fly? Five years ago we were going to the ballot box to cast our votes in the EU referendum. Now we are approaching 18 months since the UK ceased to be a member state.

The transition period ended six months ago, yet, as the latest Ipsos Mori survey indicates, most of the British public still don’t think Brexit is over.

Even among leave voters, only one in five think the future relationship is “mostly decided and will hardly change”. They have a point. The full implications of the decision to leave the European Union have yet to be felt.

Much remains to be resolved, including the Northern Ireland protocol. But the implications of Brexit go far beyond UK-EU relations.

Partly, of course, it is still playing its way through our politics: the Hartlepool and Chesham and Amersham byelections illustrated the enduring impact of the divide the referendum revealed in our society.

Brexit was sold partly as an uprising against the entrenched elite. Although leaving the EU was also portrayed as an opportunity for Britain to do things differently, whether that be trade deals or domestic regulation.

We’re already starting to get a sense that those new powers may also bring unpopular choices, as seen with the trade deal with Australia. Should we, for example, sacrifice small farm holdings for the sake of 0.02% of GDP?

What, then, of domestic regulation? Freedom from Brussels bureaucracy was the ultimate objective of most of the early Tory Eurosceptics – those “bastards” who made John Major’s life miserable and who opposed the EU for decades. With Brexit done, however, there is far less talk of ambitious regulatory reform.

One reason is the nature of the new Conservative coalition – combining those traditional Tory voters (who might want to roll back the state and reduce regulation) with new, northern supporters (who may well not).

The coincidence of lockdowns and travel restrictions with the early impact of Brexit has meant that few people have felt a direct impact of leaving Europe, for good or ill.

Half of the public overall say that Brexit has made no difference to their daily life, rising to more than seven in 10 leave voters. And three-quarters of leave voters do not know anyone affected, positively or negatively.

Yet, while this may come as some reassurance to the government, the figures also hint at some potential grounds for concern.

For one thing, many remain voters say they have felt an impact. More than 40% claim to know people whose jobs or businesses have been affected (perhaps reflecting different types of employment networks), and more than half think Brexit has made their daily life worse.

We cannot know for sure why the voters of Chesham and Amersham swung so decisively behind the Liberal Democrats, or whether the result might be repeated in a general election, but the government is surely alert to the potential threat posed by disgruntled Conservative remain voters who no longer have to wrestle with their fear of putting Jeremy Corbyn into Downing Street.

Perhaps more importantly, the argument that Brexit has been relatively painless might not resonate with leave voters for long.

Focus groups we conducted with “comfortable leavers” underlined this group’s high expectations. Many expected the departure from the EU to be a “change trigger” that prompted government to address issues ranging from infrastructure, health and police to rejuvenating British manufacturing.

And such aspirations were not limited to this particular group of leaver: Deborah Mattinson refers, in her book on the so-called red wall, to the “giddy optimism” of many leave voters about the post-Brexit landscape.

Five years on, then, and it is still not clear that the government can – or even knows how to – deliver to those voters who backed Brexit. And the competing visions of those who did so make this task more difficult still.

Certainly, for some, the very fact of having left is enough. The UK is no longer – for the most part – bound by rules that it does not set itself.

Yet there is still the substance. For many voters, “control” was not an end in itself but a means to more substantive objectives.

For now, it seems that the impacts are not being widely felt by the British public. The wider crisis of the last 18 months – tens of thousands of deaths, an ever-growing health crisis, chaos in the school system, cancelled holidays and lockdowns – may have changed what people think is possible.

But the Conservative majority is built on high expectations for positive change and, as we look to finally emerge from the pandemic over the next 12 months, it remains to be seen whether the government is able to convince its supporters that Brexit has delivered.

By Anand Menon, director and Paula Surridge, deputy director of the UK in a Changing Europe. This article was originally published by the Guardian.