Health and Brexit in the UK: two years on 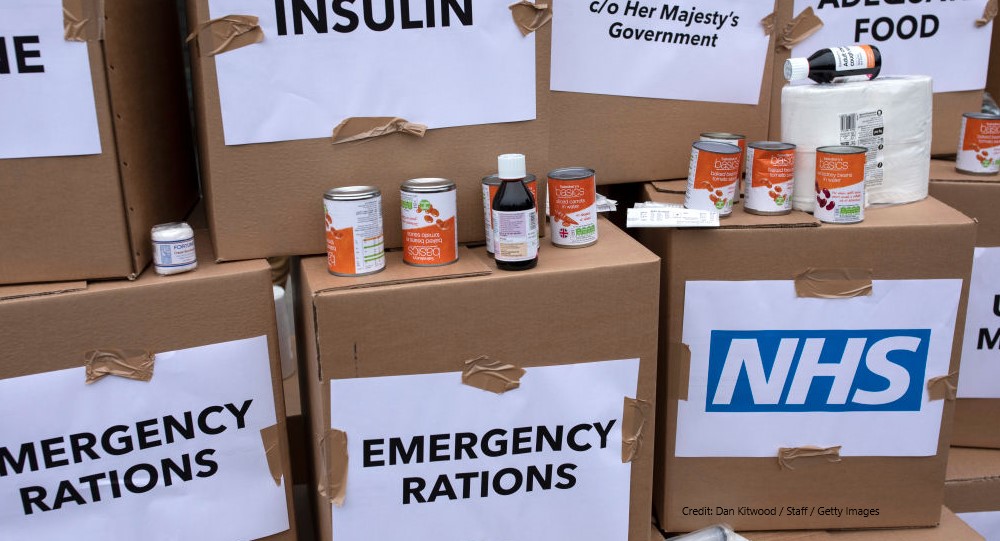 Two years after the UK left the European Union, we might expect to see clearly how this historic shift will affect the health of people in the UK. But a global pandemic, the endless dragging out of theatrical negotiations, and failures from London to take difficult decisions and be open about intentions on conversations related to health and Brexit have delayed and obscured the consequences.

When we spoke to officials, executives and others for our recent Health Foundation-funded research, we heard that far from Brexit being a historic event to reflect upon, the changes it has catalysed are ongoing, and their final shapes are as yet undecided.

The most obvious case is in Northern Ireland. Both the UK government and the European Commission have accepted in hindsight that keeping Northern Ireland effectively within the EU single market for medicines, as they agreed in 2019, poses problems for medicines supply. This has traditionally come through Great Britain, but the regulatory divide will make this costly and difficult: almost a thousand product lines could be affected.

Endless brinksmanship, with repeated threats by the UK to suspend the treaty, consumed the entire year of 2021 originally set aside as a grace period, leaving suppliers in the dark. Negotiations continue today.

The EU published draft legislation in December for a wide range of special provisions, allowing quality control and approvals in the UK to cover Northern Ireland as long as they follow EU law. In the meantime, current grace periods will continue.

The EU proposals would solve many specific problems, but would not restore the free movement of products. Customs barriers and differences in rules would still exist, and some manufacturers have told us that almost any need to have separate regulatory systems for Great Britain and Northern Ireland will make some products unprofitable to supply. The UK’s position was to leave medicines out of the Protocol altogether, creating a boundary between Northern Ireland and the Republic: whether the new responsible Secretary of State, Liz Truss, holds to this remains unclear from public statements.

This uncertainty is spilling over into other areas. Associate membership of Horizon Europe, the flagship EU science funding programme, was one of the major advantages of the trade and cooperation agreement signed last year. This offered British universities and NHS trusts the ability to take part in flagship life sciences projects across the continent. Yet full accession has now been delayed for almost a year as a negotiating tool.

A coalition of universities and trade associations across Europe has warned that this ‘lingering uncertainty risks endangering current and future plans for collaboration.’ Our report shows that the UK’s funding share for health-related projects fell from 20% to 12% under the previous EU programme, even with no technical change to the UK’s status. With the first funding already starting to be allocated under the new programme, reports in the UK science and research press suggest the ability to do cutting-edge work in the UK is taking a serious hit.

If the UK followed through on its once regular threats to suspend the Northern Ireland Protocol, the EU has implied it would consider suspending some or all of the trade and cooperation agreement, leaving us with no mutual recognition of safely made medicines, no more EHIC cards and even more border checks.

Bringing medical supplies into the UK, or investing in their production, is already less appealing. The government and pharmaceutical industry were quite successful in stopping immediate shortages from breaking out a year ago, but this came at the price of delaying changes and decisions. An investor or importer of medicines cannot know what the UK regulatory system will be next year, or whether the current rubber-stamping of EU approvals will continue.

Three weeks ago the UK finally introduced full customs checks for imports. Their impact on medical supplies must be watched carefully, and getting through the next few weeks should not warrant sighs of relief. Last summer’s shortages of blood tubes, which stopped care and training in some areas, were a warning that new barriers to trade create a permanent risk of missing out on supplies when global markets see a squeeze.

Partly in response to such trends, the UK’s negotiators are circling the globe in a search for trade agreements. The trade department has repeatedly pledged that the NHS and the prices it pays for medicines are ‘off the table’. But we heard at our roundtable and in interviews that it is hard to say whether or not these catchphrases actually rule out the main provisions that might cause problems for the health service. Our analysis of meetings carried out by trade ministers supports warnings that engagement and transparency with the health sector has been minimal and mainly restricted to the pharmaceutical industry.

Many in the NHS welcomed the commitment after Brexit to remove the existing rules on putting contracts to provide care out to the market for tender, and make it easier to simply roll them over. But we heard a wide range of views from officials and lawyers about what this would mean. Some felt it might drive more cases to judicial review, others that it risked the formation of cartels: there was considerable doubt over whether the amount of tenders would really decline or not.

Migration was consistently at the very top of the list of worries of local and national officials we spoke to. Perhaps reflecting this, within twelve months the UK has already abandoned its initial post-Brexit settlement for health and care staff.

On 24 December 2021, social care staff were placed on the shortage occupation list for a minimum of 12 months and granted access to Health and Care Visas, as part of an effort to address rising vacancies and prolonged pressure from the pandemic. However, this requires a salary of over £20,480; the majority of social care workers do not meet this threshold.

Ongoing and previous work by our colleagues at the Nuffield Trust suggests the recent additional funding for social care skills and qualifications, while welcome in itself, will not raise numbers without an increase in pay. Whether often small care providers can navigate what remains an expensive and bureaucratic system also remains doubtful. The pandemic has posed a serious challenge to data collection and analysis, making it difficult to understand wider labour and migration trends. What we do know is that there is an immediate crisis in the social care workforce, which is shrinking by tens of thousands when we urgently need it to grow.

The NHS might long for stability in the wake of a gruelling pandemic, but in almost every area where health in the UK interacts with the rules, markets, and people of neighbouring countries, Brexit remains an unfinished or even unstarted revolution.

By Tamara Hervey, Martha McCarey and Mark Dayan, authors of ‘Going it alone: health and Brexit in the UK‘, The Nuffield Trust.