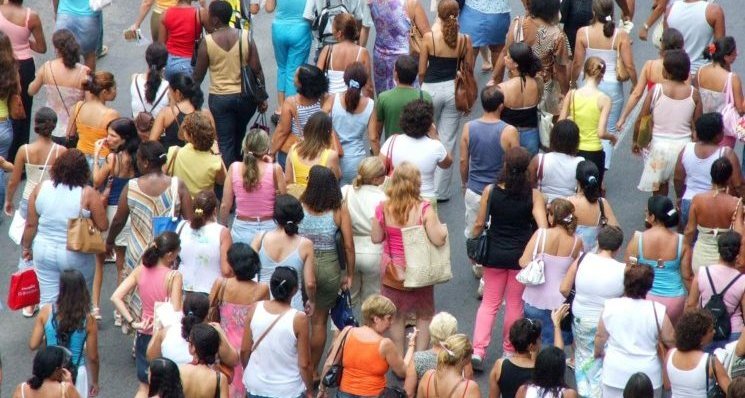 There is no question that immigration was a massively important issue in the referendum but, strangely, the government have been ducking and weaving on the issue ever since.

As J Van Reenen, the Director of the LSE Centre for Economic Performance wrote in August 2016: ‘There are multiple reasons for the Brexit vote, but by far the most important one can be summarised in a single word: immigration.’

Restoring sovereign border control was pivotal for many of the majority who voted to leave, but so also was a desire to see the scale of EU immigration reduced. It is true that net migration from the EU declined in 2017 to just over 100,000 from its record high (189,000) in the year to June 2016.

However, the number of EU citizens arriving to take up a definite job remained the same in 2017 as in 2016. Meanwhile, 70% of UK voters still want EU immigration to be cut, according to a poll published by Channel 4 last month. Interestingly, this includes 60% of Remain voters.

Given this, what has been going on with government proposals for post-Brexit immigration? It seems that the Cabinet could not agree on their objectives so they were content for Amber Rudd to kick the immigration can down the road.

However, when forced to break cover after the unfortunate Chequers meeting, the White Paper issued on 12 July contained little more than vague talk about a reciprocal mobility arrangement for providing services, and said nothing concrete about immigration.

So here are some concrete proposals. Their fundamental objective is to enable businesses to recruit the top talent and skills from the EU, to preserve our many personal and cultural links with Europe and to honour the referendum result by delivering a substantial reduction in net migration from the EU.

We propose an expansion to highly skilled EU nationals of the Tier 2 work permit system, which currently applies to highly-skilled non-EU workers. 80% of EU workers who arrived in the decade until 2016 were in jobs that would not have qualified for such work permits.

On this basis we estimate that there is scope for a very substantial reduction in the inflow from Europe, of the order of 100,000 per year from the peak levels that were seen in 2015 and 2016. Clearly, the cap on these permits would have to be increased to include the brightest and best from within the EU as well as from outside it, but it would put a clear and effective brake on the large-scale immigration we have seen.

The Shortage Occupation List, which provides a priority route for key workers, would also need review to ensure it provides a robust but responsive system to dealing with genuine shortages.

There would, of course, be additional costs for employers recruiting from the EU, but this scheme would provide a much-needed incentive for the training and up-skilling of the existing resident workforce, as well as for investment in productivity improvement.

To preserve our wider links with Europe, there should be a minimum of formalities for EU citizens travelling to the UK for business, tourism, study and family purposes. For similar reasons the youth mobility scheme that is currently in place for eight countries such as Australia, Japan and South Korea should be expanded to incorporate young people from the EU.

We may also need to re-introduce a seasonal agricultural workers scheme such as New Zealand’s, which has been recognised as ‘best practice’ by the World Bank and which includes robust safeguards against both overstaying and the undercutting of local workers.

Finally, there could also be a case for temporary arrangements for people like construction workers, but there should be an annually increasing fee for employers using this route in order to encourage them to train UK workers.

This outline is intended to meet the perfectly legitimate needs of employers but there are also other important factors. Considerations of congestion, quality of life, and the cohesion and stability of society are just as important as the usual economic metrics.

Concerns about the massive levels of immigration that we have seen, especially since the expansion of the EU in 2004, are widespread and legitimate. In fact, contrary to the media narrative, more young people (those aged 18 to 24 years old) say immigration levels have been ‘too high’ than the share who say that they have been ‘about right’ or ‘too low’, according to recent.

Nor should we overlook the point that cutting immigration into lower-skilled work could have social benefits given that training for UK workers has been simply abysmal over the past decade or so. We are in 25th place in the OECD for intermediate skills.

The Chartered Institute for Personnel and Development has noted declining investment by employers in vocational training since 2005, in contrast to increases in such investment in France and Germany.

Another important consideration is the UK’s stagnant productivity growth. The chair of the Office for Budget Responsibility has suggested that migration restrictions could ‘trigger’ greater productivity.

Unlimited access to cheap foreign labour might well be one of the reasons firms have not boosted productivity by investing in technology. As Ed Conway put it in an article for The Times: ‘Record low robot density, record low productivity, record high net migration. Might there be a connection?’

Wage rises might well result from sensible restrictions on immigration into lower-skilled work. Data on earnings released last year found that, after a brief recovery starting in 2014, they are once again rising more slowly than prices. As economist Paul Ormerod put it in a City AM article last month: ‘Without mass immigration, employers would be obliged to raise the real wage rate to induce [UK workers] to take jobs.’

The most recent Bank of England Agents’ report has noted the prospect of higher wages. And there are indications, quoted by the Confederation of British Industry, that employers are already raising pay in a greater effort to attract British recruits to fill vacancies.

As the Migration Advisory Committee put it earlier this year: ‘Individual employers would almost always be able to recruit resident workers if they paid wages sufficiently above the going rate.’ And as a recent Migration Watch UK paper showed, there is ample capacity in the workforce to allow for this.

Our approach, therefore, is that Brexit should be seen as a huge opportunity to tackle deeply-rooted issues such as these. Our proposals build on existing mechanisms and have the benefit of being both flexible and realistic. They would go a long way towards helping to make a real success of our departure from the EU.

Lord Green was a professional diplomat for 35 years. He studied Arabic in the Lebanon. He was later Ambassador in Syria (1991-94) and then Director for the Middle East in the Foreign Office before serving for four and a half years as Ambassador in Saudi Arabia. He was Knighted in 1998 and retired in June 2000.

He has since devoted his time to voluntary work. He co-founded Migration Watch UK towards the end of 2001 together with David Coleman, now Professor Emeritus of Demography at Oxford University. In October 2014 he was appointed as a cross–bench peer in recognition of his public service.