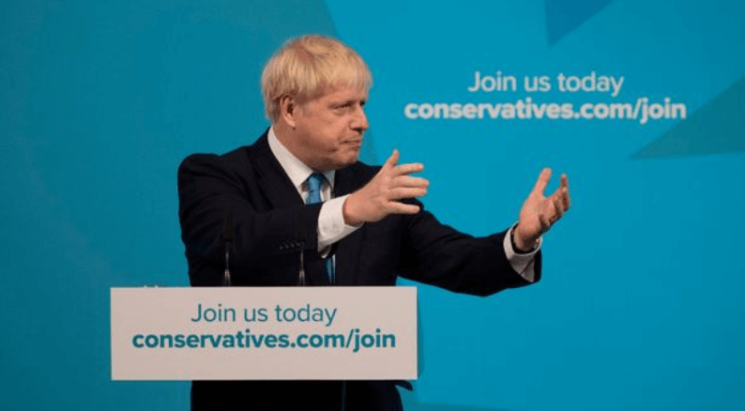 In an interview on the Today Programme, Dominic Raab, the Foreign Secretary, speaking about the so-called ‘Benn Act’, stated that ‘looking at it politically, this is a very flawed piece of legislation’.

Though all laws could be said to be political, for at least one reason Mr Raab is correct in his analysis.

This Act, arising from backbench MPs taking control of the parliamentary order paper has one clear goal, which is to prevent the UK leaving the EU without a deal on 31 October.

If, by 19 October, the prime minister has not secured a revised deal, he is legally required to request another extension, notwithstanding that it is the government’s clear political intention to leave the EU on that date, ‘do or die’.

By passing the Benn Act, Parliament has laid down the political gauntlet to Boris Johnson, and the prime minister is looking to find a legal route in order to circumvent its effects.

It is undoubtedly politically motivated legislation. The Benn Act enshrines in law Parliament’s majority Remain-leaning political voice by addressing head on the prime minister’s commitment to leave the EU on 31 October.

Since the referendum, MPs have used parliamentary procedure and arithmetic effectively to challenge the government’s Brexit policy and prevented the UK from leaving the EU on two previous occasions.

But, will MPs be successful in preventing the UK departure from the EU for a third time?

On the face of it, the Benn Act appears watertight.

It specifies a clear date of 19 October by which the extension must be sought if no deal is agreed with the EU. The Act even includes the form of words that must be contained within the letter to be sent by the prime minister to Donald Tusk, the European Council president.

However, the Act concerns a timeline that could expire on 19 October and the requirements of the Act would be redundant if Boris Johnson secured a deal by that date which is approved by Parliament.

Legally, a deal in the form of a revised Withdrawal Agreement, secured at the European Council summit on 17-18 October, would mean that Mr Johnson does not need to send a letter requesting a further extension.

This may be a tall order given the parliamentary numbers, but not impossible. Especially if the approximately 50 ‘Labour MPs for a deal’ and some of the prime minister’s supporters in the ERG were to support a revised deal.

However, this would by no means be the end of the parliamentary process. On the contrary, a revised Withdrawal Agreement must still, under the Terms of the EU Withdrawal Act 2018, be legislated for in UK law.

This raises a whole range of practical questions and opportunities for the government.

Not least, it is inconceivable that such a Bill would complete all its parliamentary stages by 31 October and obtain Royal Assent. Any Bill would be amendable and subject to detailed scrutiny by both Houses.

It is also not be beyond the bounds of possibility that having secured MPs’ approval Boris Johnson decides to prorogue Parliament once again before its legal implementation commences.

This could prove politically appealing, especially if the Supreme Court decides that the current prorogation is lawful.

So, what does this mean for Parliament in the coming weeks?

A possibility is that the prime minister could agree a revised Withdrawal Agreement which MPs support, but which is not implemented by 31 October if Parliament is prorogued.

The legal default would remain and the UK would still leave the EU with no deal, but Boris Johnson would still have complied with the Benn Act.

If Parliament is sitting, the prime minister could be put under pressure to request a short ‘technical extension’ in order for Parliament to implement the Withdrawal Agreement.

This could be justified in order to avoid confusion and disruption, and the EU may put pressure on the prime minster to do this, especially if it is concerned that MPs could still reject the implementing legislation with the effect that no deal becomes the (unintended) definitive outcome.

The coming weeks leading up to 31 October are likely to be played out as ‘Parliament v The People’ with a Remain-leaning Parliament seeking to frustrate Brexit.

This idea surely falls within the narrative of Dominic Raab’s assessment that the Benn Act is ‘political’.

However, the government is not completely without options if it is to abide by the legal obligations of this legislation and still deliver Brexit by 31 October.

To do so it must first secure a revised deal that Parliament supports and which will negate the Benn Act.

Time is tight, but if Boris Johnson maintains optimism that a deal is possible and brings one back to Parliament which MPs support, he will have used his own political strategy to defeat the political Benn Act.

If Brexit were a game of chess then such a strategy, which secures a deal, but which still leaves open the door for a legal no-deal Brexit on 31 October, would be considered as checkmate to Boris Johnson.