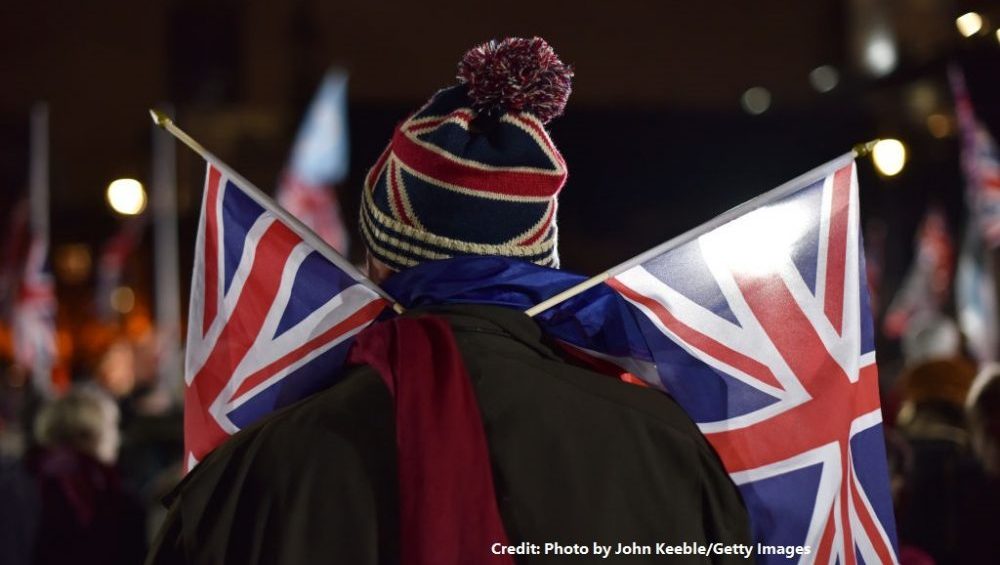 It is all too easy to stereotype the Leave voter and the Remain voter. Once we become fixed on those types it is also easy to overlook other important patterns and explanations for why Britain has now exited the EU. Take the role of economic position.

It has become widely accepted that people voted for Brexit in left-behind areas typified by shop closures, lost manufacturing and few opportunities for future generations. Local social and economic decline is related to higher Brexit support.

One of the puzzles of the vote was why poorer communities voted for something that could be economically risky to them, given that they could least afford a period of economic turmoil, should that come to pass.

Different explanations have been given. The first is that people didn’t see these risks at all. ‘Project fear’ fell on deaf ears.

The second is that poorer individuals felt that they had nothing to lose. They could confidently take a leap into the unknown.

The third is that their motivations had little to do with economics but were much more to do with the cultural changes they hoped would stop with, for example, greater controls on immigration.

We revisit this puzzle in our working paper.

Did ‘Project Fear’ fail to cut through? An ultimately unsuccessful campaign does not need to signal an entirely ineffectual campaign.

The economy was by far the most important reported issue among voters who opted to Remain, rather than to Leave. Couldn’t some of these individuals have wanted to leave, but been concerned about the economic costs?

Large proportions of highly Eurosceptic voters actually sided with Remain. This suggests that the Leave vote could have been much higher had people not been concerned about the uncertainty and risks associated with leaving.

There has also been insufficient attention on the wealthy people who voted for Brexit; who live in the suburbs and the rural strongholds of Brexit supporting Britain. Are we to assume that their economic position had nothing to do with their choice to exit the EU?

Before 23 June 2016, many pointed to the widely observed tendency for voters to be biased towards the more certain and more predictable ‘status quo’, and thought this likely to tip the vote in favour of Remain.

After the fact, this question of a status quo bias has been largely forgotten, and yet it is one of the most important features in other referendums.

We build on key insights from the literature on risk and wealth in economics to revisit the idea that some people exhibited a bias towards the status quo with respect to Brexit.

Simply, we suggest that poorer voters could have exhibited a bias towards the status quo due to their relative lack of economic insurance.

Academic research shows us time and again that wealthier individuals are more insured against risks, and therefore less risk-averse in their behaviours.

Wealth provides a cushion, enabling people to weather a short-term economic storm, providing considerable economic security – especially in the form of housing. We suggest that housing wealth is especially insuring in the UK, given its long-term buoyancy and also its role in credit ratings.

If people did see some risks associated with Brexit, we expect wealthier individuals to be more likely to support a change to the status quo provided wealth acted as a cushion against financial risks.

This means we separate people’s preferences towards Brexit from the risks they might accrue from a change to the status quo.

Simply, poorer voters may have opted for Remain even if they held more Eurosceptic attitudes, whereas wealthier individuals may have been less swayed by the economic risks of Brexit. So, if wealth acts as an insurance mechanism against financial risk, our expectation is that wealth should increase Brexit support.

We corroborate these expectations with data from the British Election Study and the Bank of England. As shown below, the results suggest that wealth, especially home ownership, increases Brexit support.

This is explained by the fact that, in practice, few individuals accumulate substantial savings (financial wealth). In fact, property wealth is typically higher than financial wealth, and this is especially true in the UK.

Figure 2: The relationship of wealth (property and financial) on Brexit support (Bank of England data)

The fact that wealth may act as a cushion against bad outcomes is also illustrated below. The figure shows that wealthier individuals expected Brexit to bring little to no change to their personal economic circumstances, and this pattern holds both for retrospective (pre-referendum) and prospective (post-referendum) expectations.

Figure 3: Expectations of Brexit’s effect as ‘no change’ on national and personal finances, by property wealth (BES data)

Figure 4: Expectations of Brexit’s effect as ‘no change’ on national and personal finances, by property wealth (Bank of England data)

The implication of our study is that the Leave majority could have been higher, had poorer individuals not seen some risks of exiting the EU.

Brexit support could now become more popular if it delivers the economic benefits its protagonists have promised.

We also uncover an individual-level relationship between higher wealth and higher Brexit support, addressing one of the unanswered questions in the substantial variation in Brexit support that might be overlooked by relying only on simple dichotomies and now-popular Brexit voting ‘types’.

When we think of Leave voters, we need to remember the comfortable leavers, as well as those economically left-behind.

By Professor Jane Green, Oxford University and Raluca Pahontu, London School of Economics. Read their working paper here. You can also listen to Jane Green on our Brexit and Beyond podcast.