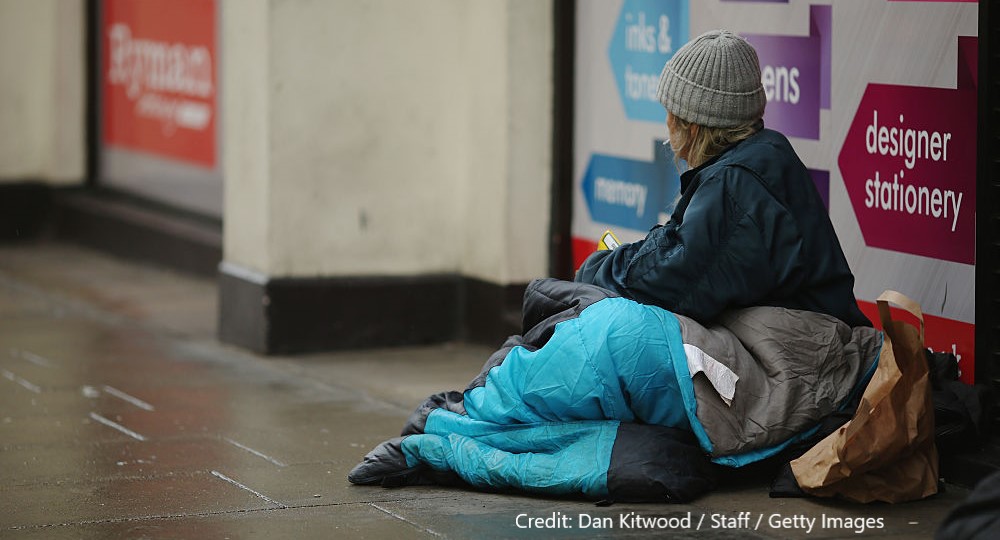 As the evenings get longer, darker, and colder, the implications of rough sleeping are more keenly felt. Local authorities act (or prepare to act) to help those homeless or rough sleeping in freezing temperatures through the Severe Weather Emergency Protocol (SWEP).

For GYROS, a charity we work with in Great Yarmouth, the SWEP provisions are sometimes the only time it can get support for its migrant clients referred to as ‘NRPF’ (those having no recourse to public funds). This category includes those who are NRPF as a condition of their stay in the UK (such as someone on a spousal visa), or those who are ‘NRPF’ who are EU nationals but not in employment).

GYROS work particularly with EU nationals. Its NRPF clients who are ineligible for housing support and homelessness assistance resort to rough sleeping: sofa-surfing, staying on the streets, or living in squats in the town (see pictures below) until they can find work and rent a room somewhere.

Sometimes GYROS and other charities in the town are able to pay for short-term emergency accommodation for rough sleepers (usually a B&B) until they find their own work and accommodation.

The impacts on health and life expectancy of rough sleeping are well known. Rough sleepers face a higher likelihood of dying prematurely – the average age at death for those who experience homelessness is 44 for men, and 42 for women, compared to 76 for men, and 78 for women in the general population. 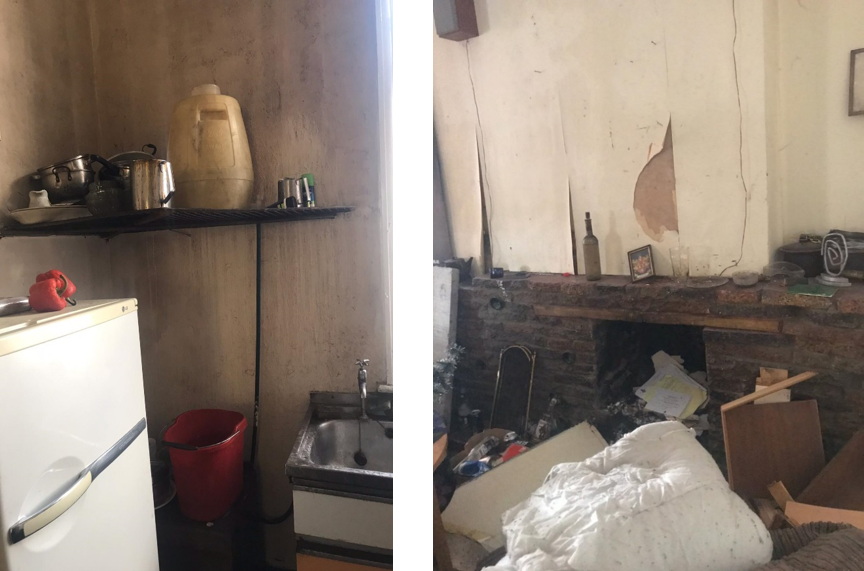 The highly restrictive approach to helping the homeless changed at the start of the pandemic with the launch of ‘Everyone In’ in March 2020. ‘Everyone In’ was a rapid drive to house all those in the community who were rough sleeping or at risk of homelessness, irrespective of whether they were entitled to support (including those who are NRPF).

The scheme was one of the successes in the government’s coronavirus response: the National Audit Office report that 33,139 people were brought into accommodation under this scheme nationwide.

Somewhere between 150 and 180 people were housed in Great Yarmouth during ‘Everyone In’. These are high numbers for a town whose annual homelessness figure is usually under 20 (see below).

For those experiencing homelessness in Great Yarmouth, there is in fact a lot of support available. Great Yarmouth has a proactive homelessness team, housing options support and a homelessness hostel in the town. There are also various food bank initiatives, winter shelters through various church and community groups, and support from Shelter (a national housing advice Charity).

A number of agencies also work together, including a multi-agency homelessness support group, a street attached lifestyle group (led by the police), and an early help collaboration hub. The town has also seen further funding to support the homeless since the onset of the pandemic.

Every year, each local authority in England (and Wales and Northern Ireland) undertakes a homelessness count. This is a snapshot of those rough sleeping on one night in autumn (any date between 1 October and 30 November) to provide an estimate of how many people are rough sleeping across the country (see fig. 1). 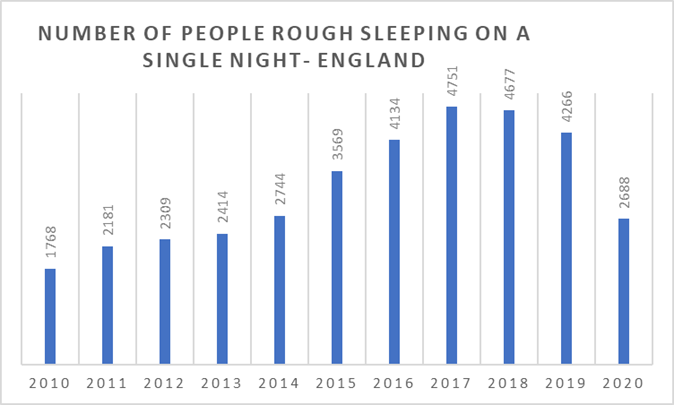 GYROS often joins the annual count in Yarmouth, in part to offer language support. This year, the count took place on 18 November. The town recorded nine people as homeless, two of whom were non-English nationals (we’ll call them ‘X’ and ‘Y’). EU nationals represent 22% of the homeless total in England, although in some boroughs in London the figure is closer to 50%.

We found X sleeping between a bush and a wall on the seafront, in the open air. He said he had arrived in the UK in May 2021 in search of work. He said he would not have come to England had he known about settled status, the scheme to give legal status to EU migrants who had arrived in the UK before 31 December 2020. He asked the homelessness support workers for help to return to Lithuania. X is part of a group not eligible for support, as following Brexit, he is without legal status in the UK.

Y, another Lithuanian man who was homeless, has now had his settled status awarded. This means he can receive universal credit and he may now be able to access help with housing. The council will discern what level of support he is entitled to, based on the so-called ‘usual’ tests, such as whether he is legally homeless, if he is in a priority need group or vulnerable, whether he is deemed ‘intentionally’ homeless, and if he has a local connection.

Those who have only pre-settled status (less than five years) need a ‘qualifying right’ to access housing support, such as being in work. If they can pass this test, they then need to satisfy these same ‘usual’ tests.

We wrote about this recently when the tests were being incorrectly applied to single mothers who were refused housing support based on, ultimately, a lack of understanding by the authorities of the rights attached to pre-settled status.

There is a further group: those who made late applications after the 30 June 2021 deadline. On 6 August 2021 the government decided to guarantee their right to live and work in the UK while they await a decision on their status.

The delays in getting a decision are significant. However, this late U-turn by the government has caused significant confusion on the frontline in determining whether this group is entitled to rights.

For those who have not applied for settled status, but were living in the UK before December 2020, they may be advised they have 28 days in which to make an application to the EU Settlement Scheme to regularise their status in the UK before they can access any support.

Despite the low number of homeless people in Great Yarmouth on the night of the snapshot, the ‘Everyone In’ figures-indicate that street homelessness is the visible tip of the iceberg (albeit the extreme tip).

It is those who are hidden and vulnerably housed, who are sofa-surfing or in inadequate or unsuitable housing who became most visible under the scheme.

However, for those with only pre-settled status, who do not pass the additional eligibility test of having a ‘qualifying right’, this unsuitable and inadequate accommodation is likely to be their only option.

By Catherine Barnard, deputy director at UK in a Changing Europe and Fiona Costello, research associate at the University of Cambridge. To find out about more about the Settlement Scheme, read our report.