How a hung parliament totally changes the game for Brexit 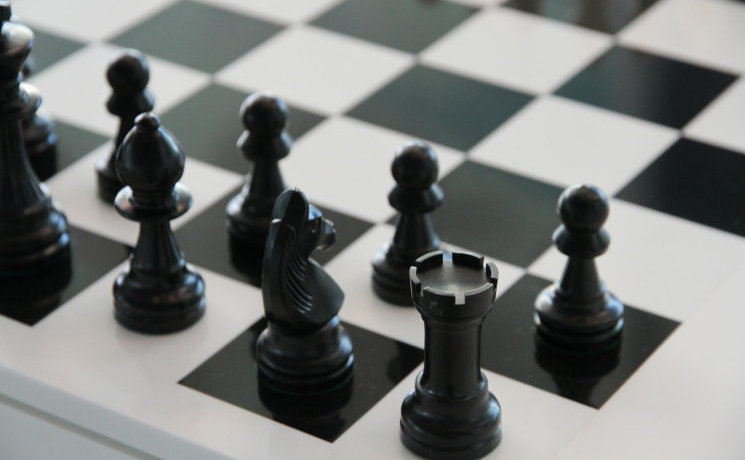 Theresa May’s election gamble has failed – but could this lead to a change in the politics of Brexit? Perhaps, but it would take political will.

When Theresa May called the election, she calculated that the result would strengthen her in parliament and demonstrate public support for her approach to Brexit – which is to prioritise border control and withdrawal from the European Court of Justice over free movement and access to the single market.

Politically, this would show her negotiating intentions to the EU; take the wind from the sails of the SNP’s promise of a second independence referendum; and increase her majority, destroying the threat of UKIP and giving her more room for manoeuvre against the determined Brexiteers.

May seemed politically unassailable when she announced the election, but the campaign exposed her fragility. That was partly because of the sudden momentum Jeremy Corbyn developed as a campaign leader, and partly because some of his policies proved popular. He seems to have done extremely well with young voters; and turnout in their demographic unusually was high. But it was also because of May’s obvious weaknesses. She found it difficult to range much beyond repeating a “strong and stable leadership” mantra, she rapidly u-turned on payments for social care; and perhaps, voters found her lack of personality off-putting. She took them for granted.

Chance for a rethink

In one sense, a very close result exposes the absurdity of Brexit. Both main political parties have been guided in the last year primarily by concerns of domestic politics. Neither, therefore, has treated Brexit as a profound national challenge; and neither has seriously brought to public attention the hard compromises and concessions Britain might have to make to get the deal that Theresa May seemed to want – and that Jeremy Corbyn whipped his MPs to support in Parliament.

The fact that Brexit has hardly played at all during the election suggests that – as was the case in the past – most voters are agnostic about Britain’s relations with the EU, all other things being equal.

Therefore, the result could be interpreted as a rejection of May’s vision of Brexit, and Britain could now rethink its opening negotiating position. Conservative remainers could force May out and insist on a much more diplomatic position towards the EU.

Labour could choose to put pressure on the Conservatives by calling out the impossibility of sustaining the economic benefits of the single market while refusing to accept free movement or the jurisdiction of the European Court of Justice. Corbyn could style himself as a modern-day Harold Wilson: personally uncommitted to Britain’s participation in European integration, but intellectually comprehending that Britain needs to be as close as possible to European centres of influence.

But there are many obstacles to this. Labour’s election manifesto, while emollient in tone towards the EU, and emphasising the protection of workers’ rights, promised only to retain the benefits of the single market and the customs union and accepted that free movement will end. Labour could, therefore, prove just as unwilling to address the probable costs of Brexit as the Conservatives have been thus far.

Much depends on what Conservative MPs now do, and they are in a bind. Many will want May to resign, but that would make it more difficult for the Conservatives now to form a government. They will not want a Labour minority government, with Corbyn as Prime Minister; and if they can avoid a second general election, they would probably prefer it.

May is now seeking to form a government with the Democratic Unionist Party, in which case, the existing politics of Brexit – emphasis on immigration control and the end of single market membership – are likely to continue, and could be exacerbated. At the same time, May’s authority has been crushed, and she is unlikely, therefore, to have any credibility with the EU, or room for manoeuvre in negotiations.

The fact that May could yet prove unable to pass the Great Repeal Bill through Parliament will not strengthen her hand in Brussels. UKIP has been stamped out, but there is no guarantee its decline will be terminal – especially if Brexit does not now go ahead as planned. And the SNP, one of the obstacles in May’s Brexit politics, has been weakened. The prospect of a second independence referendum, which did hold a big question mark over the wisdom of May’s Brexit stance, has now receded.

And of course, there is the EU. Indications are that the EU want Britain to get on with Brexit. They initially hoped for a change in heart, but now, they seem to have accepted Britain’s departure from the single market. Some have termed the referendum a spat in the Conservative Party that got out of hand, and Guy Verhofstadt, the European Parliament’s point man for the negotiations, has called the election another Conservative “own goal”. European Council President Donald Tusk pointed out that the Article 50 clock is still ticking.

Britain’s diplomacy with the EU, and the politics of Brexit, can change, but it will take a serious and sustained transformation of tone and direction from the British. Without that, and if there is a prolonged period of a weak May government or a long uncertain crisis, the chances of crashing out of the EU without a deal, or the chances of an ongoing stasis with no evident resolution, are heightened.

By Dr Helen Parr, senior lecturer at Keele University. This piece originally featured in The Conversation.