How Brexit has battered Britain’s reputation for good government 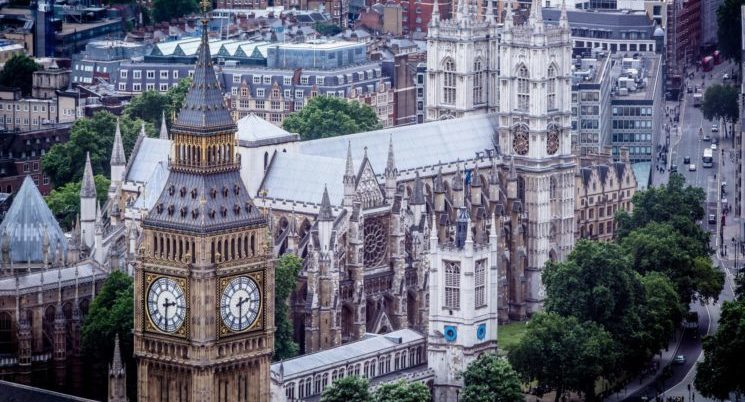 The world has traditionally looked enviously at the solidity of UK institutions: a politically impartial civil service, an effective Parliament, an independent judiciary, a pragmatic constitutional settlement and ultimately the United Kingdom itself.

But for how much longer? The Brexit vote and the years of uncertainty that have followed have gnawed at the foundations of each of these.

The first pillar to suffer was the civil service. It has always prided itself on its ability to serve governments of any persuasion – in contrast to many other countries.

Whereas the US has a top layer of political appointees, German state secretaries are installed on the basis of political sympathies and Australian and Canadian ministers are cocooned by political advisers, the UK has people whose careers flourish under all shades of minister.

Initially, at least, Brexit was a boon: it led to a significant increase in staff, and more opportunities for promotion. The service got loads done.

It made sure that the statute book was more or less ready for a no-deal exit; new systems and processes were developed and are being delivered, and a massive withdrawal agreement was negotiated and then renegotiated.

But Brexit also exposed its limitations and undermined trust.

It became clear that the civil service lacked a deep understanding of the extent to which the UK was intertwined with the EU and how this interacted with devolution and the delicate balance in Northern Ireland. It also found itself under an unforgiving political spotlight.

Its reputation for impartiality had already been compromised by George Osborne’s handling of the Treasury’s post-Brexit forecast, which suggested a severe economic shock the day after the referendum, and led him to threaten an apocalyptic emergency budget.

Government analysts have yet to recover from the credibility this lost them in the eyes of Brexit supporters.

The May government closed its ears to anyone with EU expertise or experience who warned that the EU would not rush to do a special deal for the UK. As they were ignored internally, there was a Twitter chorus of criticism from ex-officials that seemed to confirm a collective hostility.

But the bigger problem was the inability of the May government, so riven by internal divisions, to act decisively.

The civil service abhors a vacuum, and the absence of effective leadership pushed people such as the UK’s chief negotiator, Olly Robbins, into the firing line – and he, rather than the Prime Minister, was seen as the architect of her reviled deal.

In that respect, at least, a more decisive Johnson government is likely to be much easier to work with.

But passing the withdrawal agreement won’t mean the pressure is off. Johnson’s chief adviser, Dominic Cummings, has long had the civil service in his sights.

If his reform agenda is about competence, capacity and accountability that could be good news. If it means civil servants are cowed into not challenging ministers on the implications of their plans, it will be bad.

The risk is that we end up with Americanisation – with a politically appointed top layer deterring good professionals from staying. Worse still would be the Trumpification of the civil service – with key posts unfilled or filled by people who are wholly unqualified.

The second pillar to be chipped away at has been the reputation of government itself – which means ministers – for basic competence. The UK was always an effective negotiator in Brussels – that was why we secured so many special deals.

But since 2016 it has been unclear on both strategy and tactics. Collective cabinet responsibility went into meltdown.

The May ministry displayed a talent for diplomatic ineptitude, misreading most of our European allies and assuming that its domestic political messages would not be read abroad, creating an impression of tin-earedness at best and unreliability or untrustworthiness at worst.

This has been accompanied by a rocky few years for Parliament. The restoration of business as usual, with a hefty majority, will put an end to the war of attrition between the legislature and executive.

But the arguments over Brexit have shown Parliament’s processes to be in need of a radical overhaul, to avoid the need to resort to little-known procedures at the whim of the Speaker in order to extract information from government.

Johnson’s decision to remove MPs’ oversight of negotiations on the future relationship with the EU looks like a declaration of intent that he proposes to cut Parliament back down to size.

The courts haven’t escaped the general turbulence either. Ministers have bridled at the willingness of judges to intervene on political issues.

Theresa May fought to the Supreme Court to prevent parliament having a say over article 50, and Boris Johnson fumed when his prorogation was coolly voided by Lady Hale and her colleagues.

The judiciary came under sustained attack from the press for their allegedly partisan stance and Jacob Rees-Mogg was reported as saying the supreme court had effected a “constitutional coup”.

As damaging as the sniping at judges was, the suggestion that the Prime Minister might play fast and loose with the rule of law, as “anonymous” No10 sources briefed that he would not seek the extension to EU membership as required, was truly shocking.

The roots of all this turmoil lie in the casual approach to constitutional matters that allowed David Cameron to legislate for a referendum as a stratagem to solve a problem within his own party.

His memoir suggests that he toyed with the possibility of setting a minimum threshold leave would have to reach in order to win – if he had gone ahead with this, remain would have carried the day.

Unlike other countries that use referendums more often and more wisely, the UK has an ad hoc approach to them that has meant since 2016 we have been grappling with how to reconcile representative with direct democracy, an issue finally resolved – though obviously not to everyone’s satisfaction – by the 2019 election.

But Brexit and the election have brought into focus the fragility of the final pillar on which our reputation for stable government rests, the union itself.

They have given the SNP a pretext to reopen the independence question, apparently settled in 2014, and have tilted opinion in Northern Ireland, making the prospect of a border poll more likely.

Both nations voted to remain in 2016, but the UK system – unlike in formal federations – did not assign that any constitutional significance.

Earlier this year, the Dutch prime minister Mark Rutte, a traditional UK ally, told the BBC’s Today programme: “With a hard Brexit, even with a normal Brexit, the UK will be a different country. It will be a diminished country. It is unavoidable.”

Johnson’s new year resolution, as he looks forward to perhaps a decade in power, should be to make sure Rutte is not proved right.

By Jill Rutter, Senior Research Fellow at the UK in a Changing Europe. This article was originally published by the Guardian.