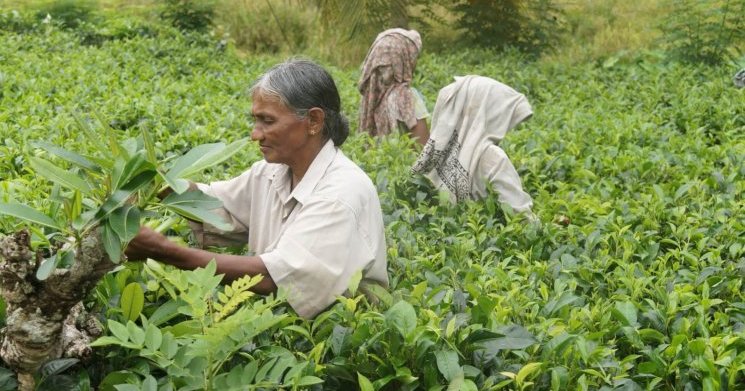 The trade in ethically-produced goods is a relatively new part of the world’s trading system. The World Fair Trade Organisation (WFTO) defines it as:

“… a trading partnership based on dialogue, transparency and respect, that seeks greater equity in international trade. It contributes to sustainable development by offering better trading conditions to, and securing the rights of, marginalized producers and workers – especially in the South.

Fair Trade organisations have a clear commitment to Fair Trade as the principal core of their mission. They, backed by consumers, are engaged actively in supporting producers, awareness raising and in campaigning for changes in the rules and practice of conventional international trade.”

The development of this trade sector has taken place in the context of the UK’s membership of the Common Market, but, following the referendum last June, all fair trade importers will have to alter their business models to some extent to respond to the change in the status of the UK. The current situation regarding developing countries who trade with Britain as part of the EU is outlined in research quoted in a paper by Traidcraft, Oxfam, Trade Justice Movement, Fairtrade Foundation and Christian Aid:

Even before Article 50 is triggered, the referendum result already sent shockwaves through many countries’ markets. Our organisation represents member retailers and fair trade importers in the UK, and many importer members have spoken of substantial cost increases when sourcing goods from countries such as Kenya, Nepal or India – many of whom trade in US dollars. As the value of sterling dropped against other currencies, products made in developing countries became more expensive here.

While fair trade importers are fighting to absorb these costs themselves, some of these increased costs will inevitably have to be passed on to their domestic customers, and there is already concern that increased prices mean that demand will fall for fairly-traded goods. Absorbing some of those extra costs may have the knock-on effect of our suppliers developing fewer new lines, which could mean they will have less work to offer some of their producers.

Coupled with the likely reduction in sales of fair trade goods to customers in the other 27 EU countries, which has always been done smoothly and free from tariffs and customs barriers, the market for fairtrade goods could be greatly diminished within a few short years.

Unlike many in conventional trade, fair trade importers will not simply abandon their suppliers in developing countries to find the “best deal” with a country at the top of the list for reciprocal trade deals, such as China. Fair trade relies on developing relationships with producers, and it is more likely that most importers will simply continue to work with their producers and accept lower sales as a consequence.

Whilst some reciprocal EU policies, such as Economic Partnership Agreements, have not favoured very poor producers, and indeed could well have prevented them from diversifying out of primary commodities, the UK has nonetheless been a vital export destination for products from some very poor countries.

This is due in part to the fact that around a third of these goods currently enter the UK tax-free or on reduced tariffs, due to EU non-reciprocal trade agreements with some countries. If the UK government prioritises business after it leaves the EU it is vital for these tariff-free agreements to remain in place.

The situation could be far worse when Britain leaves the EU if the government does not seek to put in place new trade agreements which are in alignment with the Sustainable Development Goals (SDGs), and ensure that developing countries get a good deal and are not undermined by free trade agreements with wealthier countries. The paper by leading development bodies summarises the situation very starkly:

As we’ve seen, there are already concerns about fairly-traded products creeping up in price due to a drop in the value of sterling, and this potential additional tax burden could price products from developing countries out of the UK market entirely.

Remember that these outcomes are not yet predetermined. As resilient traders our importers see the opportunity to lobby the current UK government to ensure a fairer deal for producers in the developing world. Not only should future trade negotiations be open, transparent and fully accountable to Parliament, they also need to ensure that they put in place non-reciprocal, tariff-free market access schemes for least developed countries (LDCs), and vulnerable non-LDCs, as soon as the UK leaves the EU. Without import taxes, such developing country producers could enjoy some continued stability, rather than face a dire situation.

Indeed, some existing EU provisions could be improved upon, such as offering preferential eligibility schemes for developing countries for longer periods of time, and using this opportunity to set a  benchmark standard for development-friendly trade policy. This should fit in with our ongoing commitment to international development by prioritising trade over aid, which has a proven poverty-reducing effect.

Additionally, any new free trade agreements made by the UK government with wealthier countries should include a publicly-available early impact assessment, to ensure that more vulnerable countries’ economies are not undermined.

The future of UK fair trade policy is very much dependent upon what decisions the current government makes, when it makes them, and which countries pressurise the UK to agree to their trade terms over those of other less vocal and powerful countries. In the meantime the opportunity to lobby for replacement trade agreements which favour developing countries can be a powerful tool which is available to any UK citizen.

By Kathryn Sygrove, Executive Officer of the British Association for Fair Trade Shops and Suppliers (BAFTS).