How Brexit will affects patients in the UK 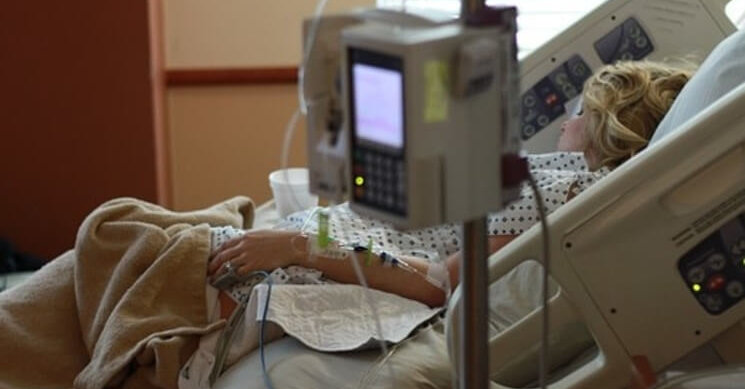 The current system for patients in the EU is based on reciprocal rights and freedom of movement. EU law seeks to remove any barriers that healthcare provision (or the lack thereof) could pose to EU citizens or their families visiting or living in another EU country.

The government has acknowledged that it is attempting to achieve the same reciprocal healthcare benefits when the UK leaves the EU as currently exist.

Under current arrangements, each EU member agrees to reimburse any other EU member that treats people covered by its public health service. The principle is that visitors are treated in the same way as locals.

The system covers migrant workers, border and frontier workers (those who live in one country but travel across a border for work) and people visiting for work and leisure.

This rights-based cooperation facilitates access to healthcare for those with chronic health conditions, retirees and tourists. It also improves service efficiency.

Northern Ireland and Ireland provide perhaps the best example of how this works. Services designed for both sides of the Irish border meet collective healthcare needs in the area.

Sexual health, diabetes and eating disorders are all treated in this way, with integrated services offered to patients in both Northern Ireland and Ireland.

For instance, the radiotherapy centre at Altnagelvin Hospital in Derry/Londonderry is accessible to patients in County Donegal in the Republic who would otherwise have to travel long distances—to Dublin or Galway—to obtain the same treatment.

EU integration has also enabled economies of scale across the Irish border, such as the sharing of key healthcare services, particularly where specific expertise and facilities are not viable in a small region such as Northern Ireland.

In 2014 the Northern Irish and Republic health ministers agreed that there would be a joint child heart facility established in Dublin. Between January and September 2017, 23 children travelled from Northern Ireland to Our Lady’s Children’s Hospital in Dublin.

Such cooperation is facilitated by the EU Directive on the mutual recognition of professional qualifications and on EU rules on data protection that enable the sharing of patient details.

It is possible that access to these shared facilities and similar ones (such as the North West Cancer Centre) can be facilitated by the future UK-EU relationship and even bilateral UK-Ireland arrangements under the Common Travel Area.

The European Health Insurance Card (EHIC) allows visitors to another EU country to access healthcare in that country. The EHIC applies even to those with disruptive chronic conditions.

For instance, it allows the UK’s 29,000 dialysis patients to arrange in advance to have treatment in any EU/EEA country, although this depends on the necessary resources being available.

There are no official figures for the number of people who take up this opportunity, but Kidney Care Dialysis Freedom has arranged for around 1,700 patients to travel to the EU in the past two years.

Kidney Care UK thinks this is likely to be an underestimation of the actual figure. People can also access specialist medical treatment in another EU country with the permission of their home state (S2 registration).

Most importantly though, EU nationals living in another EU country can access the treatment they need (S1 registration). Around 190,000 British pensioners live in the EU27 and rely on these reciprocal healthcare arrangements.

The UK contributes about £500 million annually towards their care and receives £50 million for care provided to EU nationals in the UK.

Average treatment costs for UK pensioners in the UK would be about double that of paying for their treatment elsewhere in the EU, mainly because of patient co-payments.

If the UK did not conclude a Withdrawal Agreement with the EU, and were all these pensioners to return to the UK, the NHS would need some 900 additional beds to ensure sufficient capacity.

Under the terms of the Joint Report, those visiting another EU member state on exit day would still be covered by the EHIC.

For everyone else, access to the EHIC will depend on the terms agreed with the EU under the Withdrawal Agreement and on the future relationship. It is not clear what will happen on the island of Ireland.

It is possible that the UK will negotiate access to the EHIC as part of the future UK-EU relationship. But should it fail to do so, UK nationals who want to travel to the EU in the future—some 53 million visits from the UK to the EU27 take place each year—will have three options.

They could purchase private travel insurance, travel without insurance and risk significant healthcare bills or simply not travel at all. The Association of British Insurers (ABI) has estimated that, if the EHIC is withdrawn, the cost of treating UK citizens abroad will be about £160m.

For some, purchasing private insurance will not be an option. For example, any private travel insurance that is available to dialysis patients will be extremely expensive. For those who can get insurance, older people—who are already the biggest spenders on healthcare—will face the steepest costs.

According to the ABI, the average cost of health insurance claims for those over 66 is almost three times higher than for those under 30.

The government could offset some of this by mandating a basic healthcare package for travel insurance, though there is no equivalent system for travel to other countries. Such a scheme is, however, used in the Netherlands for basic healthcare.

Typically, there is a set fee for all customers, regardless of their age or risk profile, and all insurers must offer the same package and accept everyone who applies.

However, such cover would not include more complex conditions, which older people are more likely to have, and consequently they would still incur additional costs.

The government may also be unwilling to intervene in the health insurance market, or to shoulder the fiscal cost of administering such a scheme.

However, given that three-quarters of all visits abroad by UK residents are to the EU, a basic travel insurance package could cover the vast majority of UK travellers.

But this would still be a cost that they do not currently have to meet while covered by the EHIC.