How could Brexit affect LGBT+ rights? 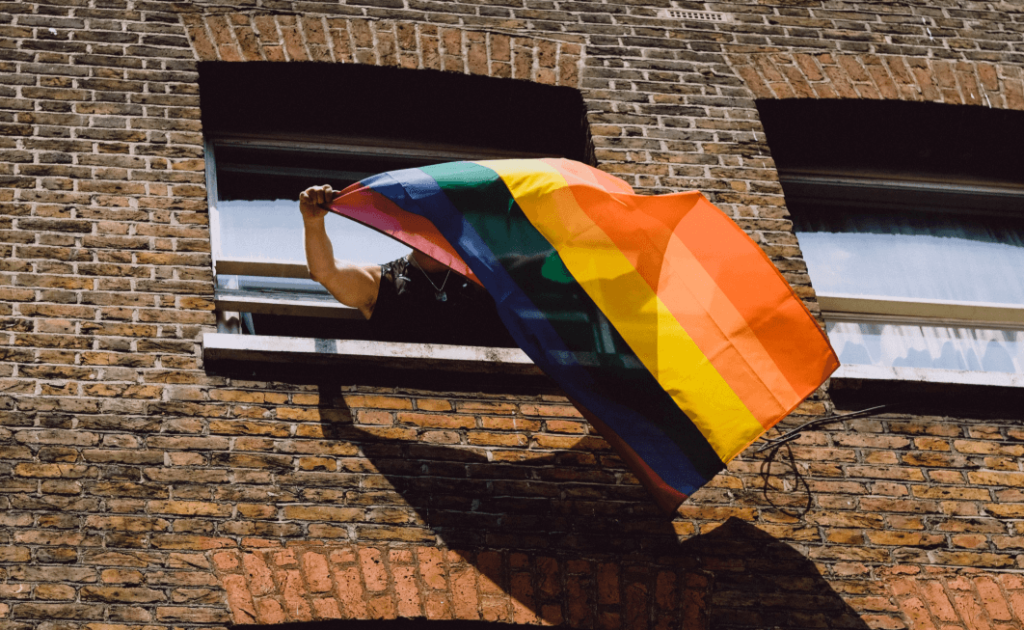 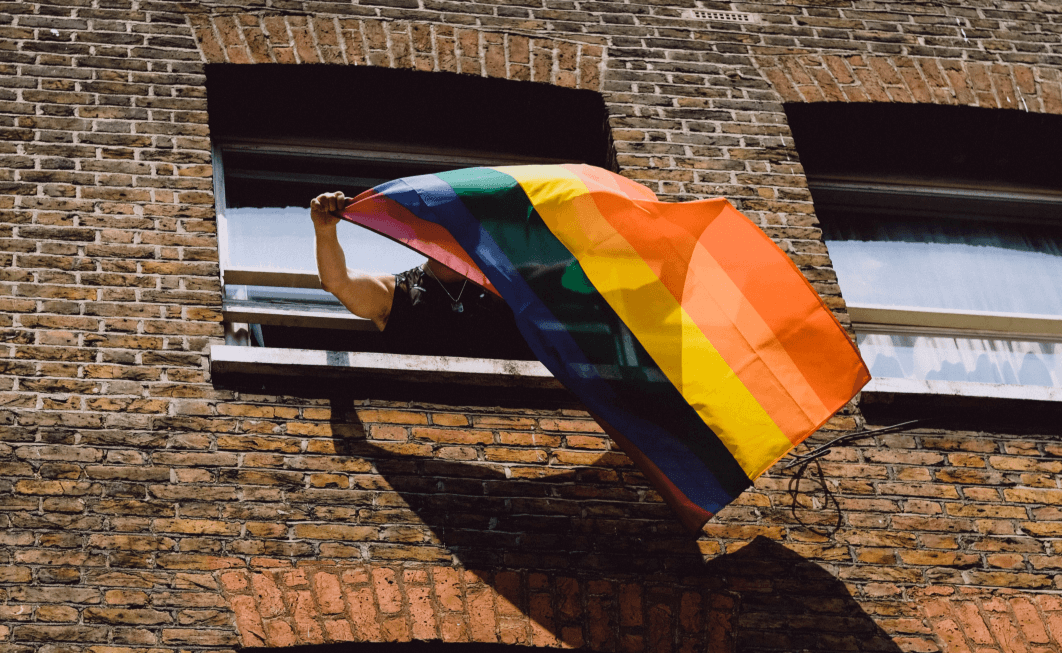 On 6 July, groups and individuals from around the United Kingdom gathered to mark the annual LGBT+ Pride (‘Pride’) festivities in London. An estimated 1.5 million people filled the streets of the nation’s capital – proudly expressing their identity, supporting friends and family, or merely enjoying what has become one of the largest and most popular public celebrations across the country.

In 2019, Pride events (both at home and abroad) have a particular significance – coming fifty years after the famous ‘Stonewall Inn Riots’ in New York City, which are often cited as a key moment for developing sexual orientation and gender identity (‘SOGI’) rights in the United States.

In the UK, Pride is a time to both celebrate recent advances and to highlight the many, complex challenges which LGBT+ communities still confront. The limited efficacy of non-discrimination frameworks, deficiencies within LGBT+ asylum processes and on-going controversy surrounding the Gender Recognition Act 2004 are just three (among many) challenges which impede full SOGI-related equality within this jurisdiction.

Yet, despite the pressing needs of LGBT+ populations in the UK (as emphasised by the National LGBT Survey), issues relating to sexual orientation and gender identity have – like many other important political concerns – been largely drowned out by the all-consuming Brexit debates.

At the London Parade festivities last Saturday, representatives of most of the UK’s main political parties were present – publicly reaffirming their commitment to LGBT+ rights. However, it has been striking to observe the extent to which LGBT+ populations (and the potential impact of leaving the European Union upon their lives) have been absent from Brexit conversations.

In some ways, this lack of acknowledgment perhaps makes sense. As I have previously written elsewhere, while the European Union has been responsible for key SOGI-focused reforms in UK law, many of those developments (e.g. such as ‘sexual orientation’ and ‘gender reassignment’ employment protections) have now been enshrined in domestic legislation. The EU has been the catalyst for greater LGBT+ guarantees – but, without targeted repeal measures by future Parliaments, leaving the Union will not result in fewer SOGI-based rights.

Similarly, although EU membership has undoubtedly been a positive influence for LGBT+ people, it has not been directly responsible for many of the most high-profile developments. Reforms (such as decriminalisation in Northern Ireland, equal ages of consent and access to the military) are consequences of the European Convention on Human Rights (ECHR), while other advancements (such as same-sex marriage and extended adoption entitlements) are the result of political compromises in Westminster.

Although many of these changes may have been inspired by the culture of openness and diversity which EU membership encourages (e.g. observing EU-peer countries, such as Belgium, Spain and Denmark adopting marriage equality), they were neither required by, nor will they be automatically lost after the disappearance of, Union law.

It is important, therefore, when considering the SOGI-related impact of Brexit, not to overstate or dramatize the potential consequences for LGBT+ communities. Yet, as I (along with barristers Jonathan Cooper, Anya Palmer and Keina Yoshida) have written elsewhere, there are legitimate reasons to be concerned.

First, although many SOGI-focused reforms, which have been mandated by EU law, are now enshrined in domestic statutes (and thus will survive post-Brexit), membership of the European Union currently maintains a minimum legislative floor. While UK lawmakers can provide (and have enacted) stronger equality protections, they must at least respect core EU guarantees.

This is clear from the recent judgment of the UK Supreme Court in Walker v Innospec Ltd and Others – setting aside unequal survivor pension rights between different-sex and same-sex spouses. After Brexit, that important safety net will no longer exist, and Parliament will have greater latitude to amend key rights for LGBT+ communities (with only the more ambiguous requirements of the ECHR to observe).

While no person is reasonably arguing that, once free of EU membership, Parliament will immediately affect wholesale removal of LGBT+ protections, there is a legitimate fear that future governments (perhaps with one eye on ‘trade competitiveness’) will reduce SOGI-based protections in subtle, yet important, ways. Recent comments during the Conservative Party leadership contest have certainly not helped to assuage concerns in this regard.

Second, while existing EU protections have been (for the most part) enshrined in domestic law, SOGI-focused guarantees within the European Union are constantly evolving. In 2018, the Court of Justice of the European Union (CJEU) issued a landmark ruling extending the rights of individuals to travel with their third-country same-sex spouses throughout the Union.

At present, various institutions within the EU are increasing their knowledge of, and seeking to formulate new policies which reflect, the reality of queer lives. When thinking about the benefit which LGBT+ persons in the UK derive from membership of the EU, it is important not simply to focus upon the existing acquis. Rather, in leaving the EU, queer communities in this country are also going to miss out on future developments.

These potential future losses were brought into particularly sharp relief by the recent (2018) judgment of the CJEU in MB v Secretary of State for Work and Pensions. In that decision, the Luxembourg judges extended their sex equality jurisprudence to condemn the UK for requiring that a trans woman annul her marriage before accessing pension entitlements which were consistent with her preferred gender. After Brexit, LGBT+ persons in this country will no longer benefit from SOGI-orientated advancements in EU law.

Finally, beyond legislative interventions, the EU is also a highly-effective soft law actor – undertaking or funding critical research into queer lives, supporting grassroots LGBT+ activism and mainstreaming SOGI-focused advocacy within core external relations. These steps have often been taken (and continue to be taken) against implicit (sometimes explicit) opposition from member state governments, including in the UK.

By encouraging and supporting programmes to create visibility and understanding for queer lives, the EU – through its various institutions and agencies – has tangibly improved the social, political and economic position of LGBT+ individuals across the Union.

No less than any other member state, queer populations and civil society in the UK have benefited from these soft law policies. In leaving the EU, and pulling away from the Union’s soft law programmes, LGBT+ communities in this country will be deprived of key resources, important opportunities and identity-affirming networks.

While the exact consequences of Brexit may be impossible to predict, for LGBT+ communities at least, there is much about which to be concerned.

By Dr Peter Dunne, is a Lecturer at the University of Bristol Law School and an Associate Member of Garden Court Chambers, London.