How do Britain’s ethnic minorities view the EU referendum? 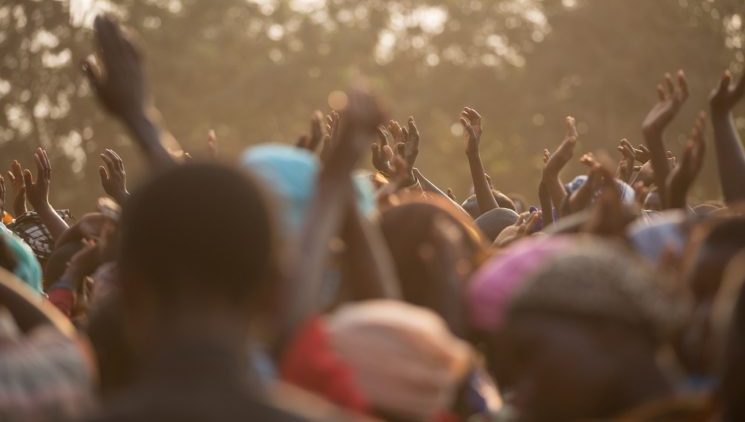 Compared to general elections, the main campaigns on each side of the EU referendum have not spent a great deal of effort in trying to win the support of traditionally marginalised groups. This has been the case with women and to an even larger extent with so-called BAME (Black, Asian and Minority Ethnic) groups.

With the exception of a few individuals, white middle-aged men have dominated the majority of the campaign itself. On the whole, campaigning from both sides has been lacking in diversity despite the important role that BAME voters could play in deciding whether the UK stays in or leaves the European Union. Moreover, this exclusion, which heightens existing marginalisation, is dangerous with respect to full democratic participation and an honest holistic engagement with the electorate.

Received wisdom is that BAME voters are more likely to vote for remain. Yet less than a month ago, 30 percent of the 4 million eligible black voters were not yet on the electoral register. Nevertheless, the Leave campaign’s attempts to persuade the BAME constituent have been limited, while the Remain campaign seems to be taking the BAME vote for granted. But are things as they seem?

Note: Figures in the table are based on British Election Survey Data, without filtering for turnout.

As the table above shows, there is indeed evidence that BAME voters overwhelmingly back remain. However, some BAME voters are also considering Brexit. For instance, as Dreda Say Mitchell has argued, there is rising concern in some black communities over the growing influence of far-right political groups on the EU’s integration process.

There is also a general concern that the EU is undemocratic – a concern also shared with non-BAME voters. Beyond this, there are those that are concerned about what they see as the continued marginalisation of those already on the margins of British society. Such concerns are frequently articulated in terms of their implications for the working class. But the category of the working class is often not inclusive of BAME voters.

On immigration, for example, some BAME voters see the free movement of eastern Europeans into the UK as being linked to their own marginalisation. In addition to the impact of right-wing political groups on the EU itself, free movement also means those who hold less progressive views are free to move to the UK.

Other BAME voters see the principle of free movement itself as being discriminatory. While it allows white Europeans unrestricted access to the UK, it has been accompanied by stricter limits on migration from the non-white Commonwealth to the UK. Thus for those who buy into the promise of a fairer immigration system in the event of a Brexit, a vote to leave has some appeal.

Interestingly, however, many of the arguments put forward by those BAME voters that are keen to remain rely on the same themes as the leavers. To some extent, the EU provides an alternative to the culture of racism and intolerance that has been magnified by the referendum campaign. This is also apparent in the perceptions that remain voters have of those backing a leave vote.

Concerning immigration, remainers with links to the Commonwealth are sceptical about the promise of more favourable immigration terms since the dominant refrain of the politicians campaigning for Brexit has been to put a curb on immigration to the UK. If, as recent data shows, non-EU migration currently outnumbers migration from within the EU, it is difficult to see how Brexit would benefit those coming from Africa, the Caribbean and parts of the Pacific.

Moreover, exiting the EU is no guarantee that free movement for citizens of the European Economic Area (EEA) would end. In fact, access to the single market might depend on the continuation of this principle. Neither side of the campaign have been particularly forthright on this issue. Meanwhile on the economy, a majority of members of the BAME community, including British Asian business owners, back the Remain campaign on the basis that membership of the EU is good for small and medium sized businesses.

The exclusion of BAME voices from the campaign

While there may be no consensus among BAME voters on whether leaving or staying in the EU would be the better outcome, the referendum has raised important concerns about the exclusion of ethnic minority communities from the political process. The issues that are likely to have a particularly significant effect on BAME communities have not been adequately addressed by campaigners.

The fact that specific data on the views of ethnic minorities has not been gathered during the campaign also illustrates the extent to which these issues have been ignored. While numerous polls have measured how opinions vary across factors such as gender, geographical location, party preference, or stances on other subjects, variations by ethnicity have not been measured in the same way. Indeed only the British Election Survey has considered the implications of views among BAME voters for the referendum.

It is this situation that prompted the Operation Black Vote (OBV) campaign, whose campaign poster, designed by the acclaimed advertising firm Saatchi and Saatchi, has generated controversy and been characterised as divisive. But the low electoral registration figures for BAME voters illustrate the divided nature of the electorate. This is also apparent, as shown in the table below, when the likelihood to vote of different groups is considered.

If a significant proportion of the population feel alienated from democratic proceedings, this calls into question the quality of democracy. Given the ramifications of a possible Brexit, it is worrying that there continues to be diminished participation on the part of BAME voters and a general lack of engagement with important concerns by the main political parties fronting the two campaigns. With just a few days to go, both sides should therefore strive to adopt more inclusive campaign practices.

Toni Haastrup is Lecturer in International Security at the University of Kent.