How do Brits think the EU sees them? It depends how old they are 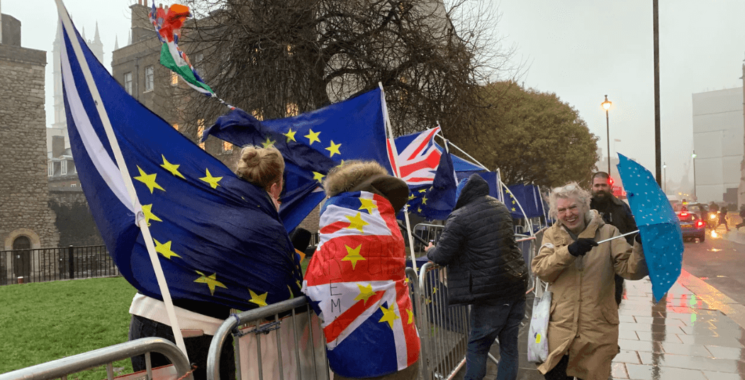 Research by the LSE’s Sara Hobolt and her colleagues suggests that Remain and Leave are becoming crucial political identities, rivalling more familiar influences like party identification and class in their explanatory power and, potentially, their electoral consequences. Leavers and Remainers display a series of cognitive biases on all sorts of questions, some of them having little direct relationship to the issue of the UK’s membership of the EU that helped create those identities in the first place.

A survey we conducted in February 2019 reinforces that finding – and, just as importantly, suggests that age is becoming a crucial, if not always the crucial, difference when it comes to attitudes to Europe.

The identity gap between Leavers and Remainers has quickly established itself as one of the most important phenomena in British politics today. But the generation gap (something much talked about in the aftermath of the general election of 2017) also matters – and, when it comes to Europe, it matters a lot.

Although many surveys have tapped into attitudes towards holding a second referendum, party politics and leadership, and how Europeans think about Brexit, there has been so far little work on Britons’ perceptions of Europeans and Europe during the negotiations.

On behalf of Queen Mary University’s Centre for European Research, we designed and commissioned a survey of 1799 British people on their attitudes to and perceptions of Europeans on Brexit, with the fieldwork conducted by YouGov in February 2019.

The findings are easily summarised – and each and every time there was a big gap not just between Leavers and Remainers but also between young and old.

Brits think that Brexit has damaged Britain’s reputation in Europe and that citizens of other European countries are sorry to see Britain leave. Just over half (55%) of Brits think that Brexit has made citizens of other European countries think more negatively about Britain – a view shared by 78% of Remain voters but only 35% of Leave voters. In terms of age differences, 71% of 18-24’s expect Europeans to take a more negative view of the UK, compared to just 44% of over 65s.

And there is another crucial generation gap – although perhaps one more easily explained by immediate self-interest. Nearly two-thirds (63%) of 18-24 year olds think that losing the right to live, work and study in other EU countries is a serious loss for British people – a view shared by 67% of Labour voters and 82% of Remain voters across all age groups but by only a third (34%) of all Brits over 65. Nearly half (47%) of Leave voters think it is a loss but that it is a price worth paying as long as the UK leaves the EU, while nearly a quarter of them (24%) aren’t really worried about the ending of such rights.

Perhaps not surprisingly, then, those who theoretically stand to lose most in the future from Brexit, at least in terms of their rights to live, work and study in the EU, are far more bothered about the loss of such rights than older Brits.

But self-interest cannot really explain differences on the question of whether respondents thought the EU will be weaker after Britain has left. Some 54% of British people think that it will. But once again there is a generation gap, with almost 70 per cent of over 65s thinking the EU will be weaker.

In contrast, 47% of younger respondents believe the same. And, once again, the gap between Leavers and Remainers is high: 66% of Leavers think the EU will be weaker, compared to 55% of those who voted Remain, although it is worth noting that it is still a majority of them.

What is most interesting, however, is that age differences seem to matter even after controlling for the vote in the referendum. Figure 1, which shows how the probability of thinking the EU has been a harsh negotiator increases as respondents get older, is one example.

Figure 1: Older people much more likely to think the EU has been a harsh negotiator 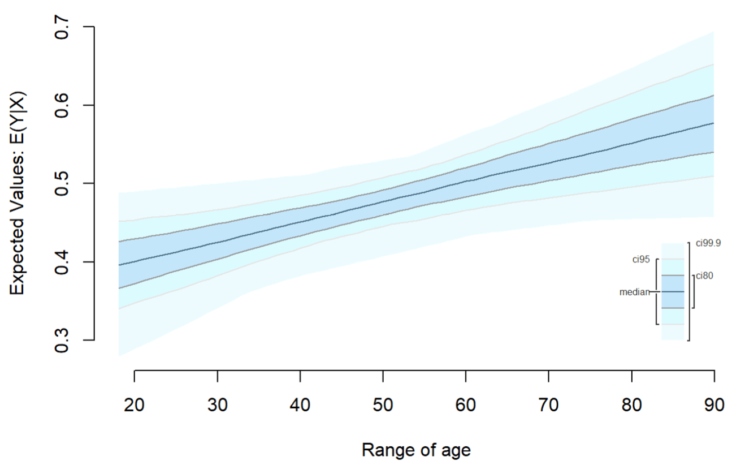 Another example is provided by Figure 2, which shows how the probability of thinking that Europeans will be sorry to see the UK leave decreases as respondents get older.

Figure 2: Older people less likely to think citizens of EU countries will be sorry to see the UK leave 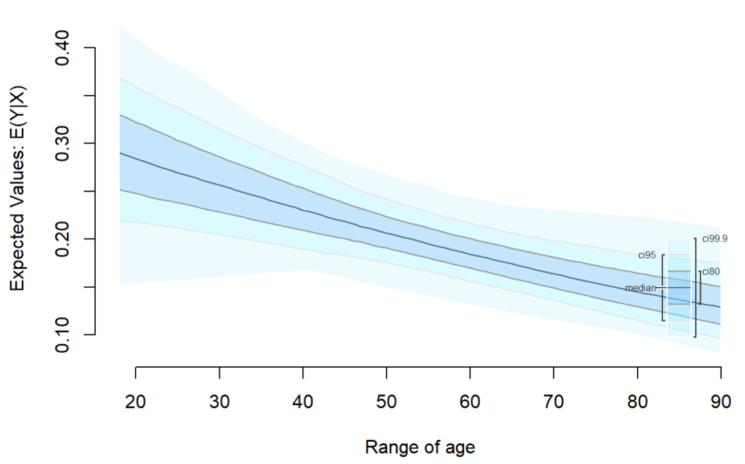 Our survey also highlights a proverbial dog that didn’t bark in the night – in other words, something that, unlike age, doesn’t seem to matter. On none of the questions above did the gender of the respondent seem to make a significant difference to people’s answers.

At least when it comes to what Brits think about how Europeans see and treat them, being a man or a woman is far less important than how they voted back in 2016 and, as our survey clearly shows, just how old they are. Whether younger generations will change their tune as they get older and as Brexit (presuming it happens) becomes an established reality – with all that entails for how people in other member states come to view this country – remains to be seen.