How green is their Brexit? 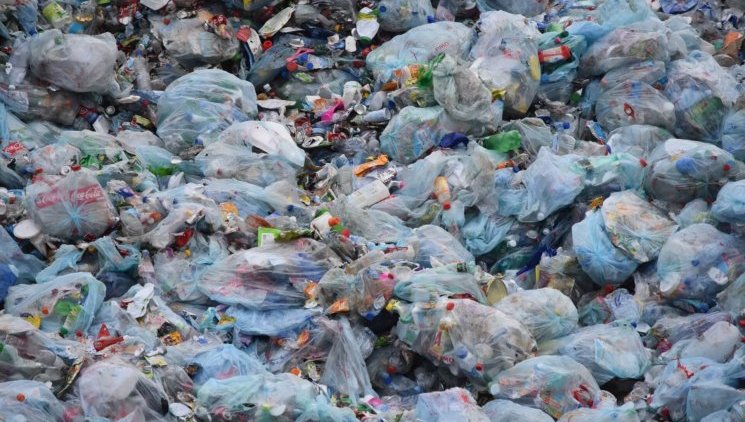 It seems that many environmental NGOs and campaign groups are being wooed by Michael Gove and his ideas for a ‘Green Brexit’. In the few months that this leading Brexiter has been environment secretary, the government has agreed to ban products with microbeads; ban the sale of ivory products; ban bee-killing neonicotinoids; install CCTV cameras in slaughterhouses and reintroduce beavers.

So does this mean we can look forward to preserving or even extending EU legislation to protect the environment post-Brexit? Gove may be in the process of recycling himself as an eco-warrior, but he is a bit of a lone voice within the Conservative government.

In their recently launched 25-year plan on the environment, Michael Gove waxed lyrical about ‘safeguarding cherished landscapes from economic exploitation.’ Meanwhile his government presses ahead with investing billions in road schemes and high speed rail which will rip up ancient woodlands and tear through some of our precious countryside. And it’s full steam ahead for fracking and oil exploration. A recent Greenpeace report found that 47% of parts of the South East licensed for oil exploration is made up of protected landscapes and habitats – a total of 177,000 acres.

There is also a glaring gulf between rhetoric and reality. Central to the 25-year plan for the environment is a war on plastic. The headline announcement was an extension to the 5p charge on plastic bags. This is a classic example of low-hanging fruit, and when it came to ambitious EU targets to recycle 65% of urban waste by 2035, the Tories opposed this.

Consecutive UK governments have also consistently failed to get tough on air pollution which regularly breaches EU standards in cities across the UK. The government have been hauled before the courts three times now over their failure to abide by EU regulations on air quality.

None of this bodes well for Gove’s personal commitment to “leave the statute book in a better state than we inherited it”, let alone maintain the strong regulations currently enshrined in EU law.

It is also hard to believe Michael Gove’s pledge that future trade deals will uphold the “highest ethical and environmental standards”, when he is surrounded by Brexit colleagues pushing in the opposite direction. For example, controversial US food standards have become a key battleground in the Brexit debate. Washington considers EU milk standards to be a ‘trade barrier’ and in its desperation to secure a trade deal with the US, the UK will come under pressure to ditch current regulations that protect the quality of milk and dairy products. Indeed, the US has made clear that rapid progress on a UK-US trade deal will only be achieved if Britain ditches existing EU rules.

Meanwhile a coalition of Conservative, and Brexit-supporting, think tanks have been pushing for a free trade agreement that adopts weaker US standards. In particular, there is pressure to turn our back on the ‘precautionary principle’ which is a fundamental principle of EU environmental law covering human, animal and plant health. It operates as a brake on developments or products that are potentially harmful to health or destructive to the environment. It requires evidence of safety before they can be introduced rather than taking the US approach of seeking legal redress once the damage is done. It was, quite deliberately it would seem, left out of the EU Withdrawal Bill.

For many rightwing Conservatives Brexit has always been about freeing the UK from ‘red tape’. And where better to start than tearing up EU standards on food safety, environmental protection and animal welfare? Cabinet colleague and fellow Brexiter, Boris Johnson, seems keen enough, backing a Daily Telegraph campaign to sweep away decades of “burdensome” EU regulations after Brexit.

But what good have these ‘burdensome EU regulations’ done for us anyway?

Before we were members of the EU we were considered the ‘dirty man of Europe’ with filthy beaches, raw sewage being pumped into our seas, foul air and acid rain caused by coal-fired power stations.

While the Withdrawal Bill incorporates all such Directives into UK law, whether the legislation ultimately survives is unclear. The government have pledged only to keep the legislation ‘where practical’. Indeed, former environment secretary Andrea Leadsom said that only two-thirds of environmental legislation is likely to be retained.

The EU also funds action to meet environmental standards. For example the LIFE programme funds a total of 235 projects in the UK focusing on environmental innovation, nature conservation and biodiversity.

The EU has co-financed the nearly €1 billion programme. In my own constituency in the South West, Cornwall qualifies for the European Social Fund (ESF) and the European Regional Development Fund, both of which support poorer areas of the country. The regional fund in particular has a strong environmental focus, prioritizing areas such as low carbon energy projects, flood and climate change mitigation, protecting environmental resources and sustainable transport.

There is still no plan as to how these funds will be maintained or replaced beyond 2020, only a guarantee to underwrite the payment of projects agreed before we leave the EU. The Conservatives have pledged to create a ‘Shared Prosperity Fund’ to replace EU funding, but to date this is little more than a few words in a manifesto.

It is clear when it comes to the environment that ‘leaving the statute book in a better state than we inherited it’ is a tall order. And it begs the question, if all we are seeking to do is to replicate or replace EU legislation that has served us so well for the last 40 years, why Brexit at all?

With that in mind, and in view of the long list of broken promises during the negotiations, Greens want to see a people’s poll on the final deal; a chance to decide whether going solo is better for our environment – or indeed our economy or society – than continued membership of the EU.

By Molly Scott Cato, Green MEP for the South West of England and Gibraltar and Green Party speaker on Brexit.