How has voting to leave the EU affected the UK’s economy? 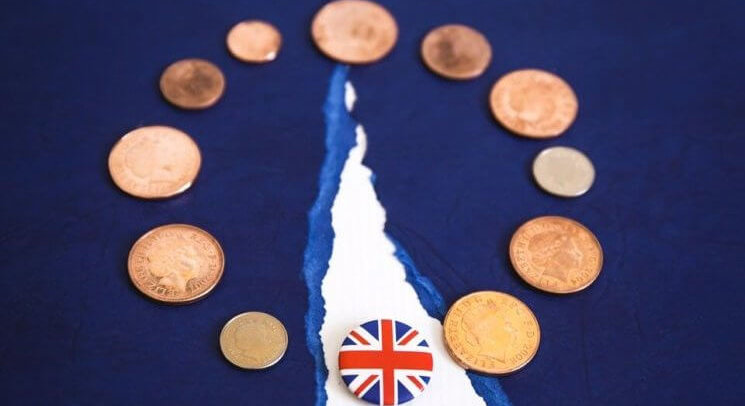 How has voting to leave the EU affected the UK’s economy? The difficulty in answering this question is that we do not know what would have happened to the economy if Remain had won.

So how do we estimate what would have happened? A couple of options can be ruled out immediately. Assuming nothing would have changed after a Remain vote would be a mistake. The economy is constantly changing for many reasons that have nothing to do with Brexit. We cannot simply compare today’s outcomes to pre-referendum data and attribute the difference to Brexit.

Likewise, it would be wrong to use pre-referendum forecasts that assumed a Remain victory to measure what would have happened. Short-run economic forecasting is an imperfect craft. More importantly, we know today many things that pre-referendum forecasters did not, such as global economic trends since June 2016. We should not ignore this information when estimating the Brexit effect.

Instead, researchers have estimated what would have happened for the UK by studying what has happened to other similar economies that did not vote to leave the EU. Academics from Bonn, Oxford and Tübingen have used this approach to analyse how the Leave vote has affected UK output, as measured by Gross Domestic Product (GDP).

They estimate what would have happened using a control group of countries whose average GDP growth exactly matches UK growth prior to the referendum. Their hypothesis is that, but for the Leave vote, growth in the UK and the control group would have continued to match after June 2016.

But when they compare actual UK growth since the referendum to the control group, they find that by the middle of 2018 UK GDP was approximately 2 percentage points lower than it would have been if the UK had voted Remain. Their estimates imply Brexit has cost the UK around £350 million per week in lost output since the referendum.

Like any economic estimate, this number is subject to uncertainty and should be viewed as an informed guess, albeit a guess based on the best available data and research methods. However, it undoubtedly suggests that the Brexit vote has already had a substantial negative effect on the UK economy.

Why has the Leave vote reduced UK GDP? Economic choices depend, in part, upon what people and businesses expect to happen in the future. Although the UK is yet to exit the EU, the referendum changed expectations. It increased uncertainty over UK-EU relations and made it likely Britain would in future become less open to trade, investment and immigration with the EU.

Uncertainty makes businesses less willing to invest in risky new projects, while reduced openness makes the UK a less attractive destination for foreign investment and reduces the incentive for businesses to invest in expanding UK-EU trade.

Existing studies do not enable us to say with any degree of confidence whether increased uncertainty or the expectation of reduced openness has played a more important role in reducing UK GDP growth. But, by estimating what would have happened if not for Brexit, researchers are starting to trace out the channels through which the Brexit vote has affected the UK economy.

The initial impact came through the exchange rate. After the votes were counted, the value of sterling quickly declined and it has settled around 10% below its pre-referendum value. A fall in the pound increases the costs of UK imports and in the year after the vote consumer prices rose rapidly. Analysis by researchers at the Centre for Economic Performance estimates that the Brexit vote increased consumer price inflation by 1.7 percentage points in the year following the referendum.

Rising prices put pressure on household budgets and, by June 2017, the Leave vote was costing the average UK household £404 per year. Analysis of the sources of slower GDP growth finds that reduced consumer demand contributed to lower output growth from late 2016 onwards.

By contrast, business investment initially showed no evidence of a Brexit effect. However, this changed in 2018 when business investment declined for four consecutive quarters and recorded its lowest annual growth rate since the financial crisis a decade earlier. Investment today increases productivity tomorrow, so declining investment is a worrying sign for future growth prospects.

The one bright spot for the UK economy has come from unemployment, or rather its absence. The labour market has continued to create jobs and unemployment is at its lowest level for over 40 years. Of course, the combination of increasing employment and slow output growth implies that productivity growth has been disappointing. And without productivity growth living standards will not rise. But this problem predates Brexit and is not unique to the UK.

Trade and foreign investment flows have also started to respond to the referendum. The decline in sterling makes UK exports cheaper, but, so far, there is no evidence this has boosted exports. On the contrary, research shows that firms have become less willing to export because they fear future increases in trade costs.

A team at Cambridge University has found that, following the referendum, UK firms were less likely to start exporting to the EU and that existing exporters were more likely to stop exporting. Importantly, they show that the impact is greater for firms that would face higher tariffs in the event of a no deal Brexit.

Analysis by the UK Trade Policy Observatory finds that the Brexit vote led to a decline in new foreign direct investment in the UK. Looking at flows in the opposite direction, work by the Centre for Economic Performance shows that the Leave vote has led to a 12% increase in new investment projects by UK firms in the EU, but has not affected UK investment outside of the EU. Together these studies suggest that Brexit is making the UK a less attractive place to do business.

The long-run effects of Brexit will largely depend upon the nature of future UK-EU relations. But 33 months after the referendum we have enough evidence to evaluate the short-run impact. It has been overwhelmingly negative. The UK as a whole is economically poorer than it would have been if the country had voted to Remain.

By Dr Thomas Sampson, Brexit research leader at The UK in a Changing Europe. This article is from our ‘Article 50 two years on’ report. A version of this piece originally in the print edition of City AM.