How have EU laws affected countries like the UK? 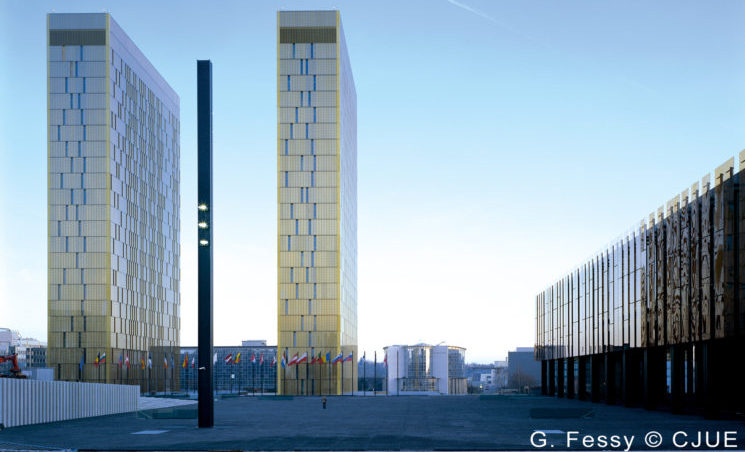 The European Court of Justice (ECJ) makes sure EU laws are applied correctly. Its judgments have had a major impact on the EU and on the legal systems of its of the 28 member states.

But what specifically has the Court decided and how has this affected countries like the UK? This article takes a look at five occasions when the ECJ made an important ruling that changed the way we thought about EU law.

Flaminio Costa was an Italian citizen who owned shares in an electricity company and objected to its nationalisation by the Italian government. He then refused to pay his bill (of 1,925 lire) and was sued by the newly-created company. In his defence, he argued that the nationalisation violated both the Italian constitution and the Treaty of Rome. His case was referred first to the Constitutional Court and then to the ECJ.

The former held that since the nationalisation came after the Treaty of Rome (1962 vs. 1958), it was constitutionally valid and Costa had to pay his bill. At this point the ECJ weighed in. First, it stated that Costa could not directly sue the Italian government at the ECJ. However, it held that he could bring a case against the government in the domestic courts, under European law.

In other words, the Court ruled that for Community law to work as intended under the Treaty of Rome, it could not be set aside by national courts every time there was a point of incompatibility; rather, it had to over-ride national law.

By this judgment, the ECJ solidified one of the key principles of the European legal order: that Community (and later EU) law has supremacy over national law.

The Common Agricultural Policy required firms to obtain export licences in return for a deposit, which could then be forfeited if the stated quantity of goods wasn’t exported during the period of the licence. Internationale Handelsgesellschaft lodged a case against this at the German administrative court, claiming that this rule exceeded the fundamental right to run a business enshrined in the German constitution. The case was referred upwards, ultimately reaching the ECJ.

The ECJ ruled that the validity of European rules could not be challenged under national law, even when those rules contravened any fundamental rights provisions in a member state’s constitution. This was because EU law respected fundamental rights, and (given its supremacy) there was, in effect, no conflict.

Later, the German constitutional court ruled that so long as fundamental rights protection was evident in European law, it would not scrutinise EU rules in detail – nor, in effect, would it hear cases against them.

Following Costa vs. ENEL, this judgment consolidated the supremacy of EU law. But more importantly, it asserted that ‘fundamental rights are enshrined in the general principles of Community law, and protected by the Court.’ In turn, this had the effect of encouraging the EU to construct a coherent fundamental rights doctrine of its own, closing off further conflicts with national models.

The European Commission drafted a regulation concerning the market in isoglucose – a type of sugar used in sweeteners. The Council passed the proposal to the European Parliament, as set out by the legislative process. The proposal was sent to the Parliament in March 1979, and a reply was requested by April. However, the Parliament did not consider the draft until May, and then its examination was interrupted by elections in June. By the time it met again in full session in July, the regulation had already been adopted.

SA Roquette Frères, a French firm involved in the production of isoglucose, brought a case against the Council at the ECJ. The Court duly ruled that ‘consultation’ of the European Parliament required more effort than the Council had undertaken (since it could have requested an extraordinary session to encourage proceedings along), and thus that the regulation was void.

The lasting significance of this case was in consolidating the standing of the European Parliament in the legislative process. This was important since at the time the Parliament’s formal powers of review and veto were minimal – but these were later solidified under the Single European Act (1986) and the Treaties of Maastrict (1992) and Lisbon (2009).

Crème de Cassis is a type of blackcurrant liquor, which is produced in France and typically has an alcohol content of 15-20%. A French company, Rewe, was planning to export it to Germany, where national laws stipulated that such drinks had to contain at least 25% alcohol. The German licencing authority advised Rewe that it could sell the drink in Germany, but that it would not be allowed to conduct any associated marketing. Rewe lodged a case at the ECJ, arguing that this essentially represented a barrier to trade – contravening the Treaty of Rome.

At the time there were no European rules governing the import and sale of alcoholic beverages, so the Court first asserted that it was up to member states to regulate the trade among themselves. The German authority had claimed that it should be allowed to set minimum alcohol levels for public health reasons, but the Court rejected this and found in favour of Rewe.

Thus, the Court ruled that any goods made and sold in one member state could also be sold in another – embedding the principle of the free movement of goods in European case law.

European law permits the free movement of workers across the Union, as well as goods. Before this ruling, however, this was a problem for footballers.

Jean-Marc Bosman played for the Belgian team RFC Liège, and at the end of this contract in 1990 asked to move to Dunkerque – a French team. However, Dunkerque refused to pay his transfer fee, and so the deal collapsed. Worse for him, since he was no longer a first-team player his wages were also cut.

He took his case to the ECJ, arguing that the transfer fee rules constituted a restraint of trade and impinged on his right to freedom of movement. The Court ruled in his favour, and allowed players a free move to another club at the end of their contract.

Within a few years several players took advantage of this new rules, and in 1999 Steve McManaman moved from Liverpool to Real Madrid and ‘leave on a Bosman’ became part of the language of football punditry in the UK.