How key legal decisions have shaped the politics of Brexit 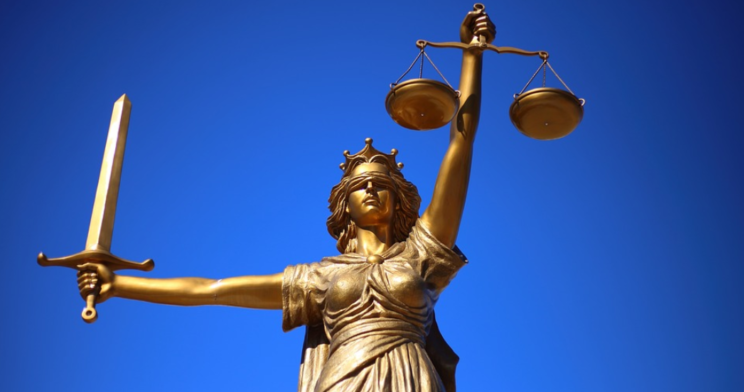 The courts have played a key role in the Brexit process. While individuals and groups may have had political motives for bringing legal actions, the courts focused on determining legal issues. Nevertheless, their decisions have had political ramifications and suggest a growing role for the courts in the shaping of the UK constitution.

However, this has been in the face of criticism, particularly of the courts’ role in the Miller case, which saw the judges branded as ‘enemies of the people’. If courts are to play their proper role, politicians need to be more prepared to defend them.

The first key case was Miller. Gina Miller and others argued that the Prime Minister could not trigger the Article 50 process on her own. The Prime Minister claimed that she could use the prerogative, a power stemming from the historical authority of the Crown. The Supreme Court disagreed. The broad prerogative power to enter into and withdraw from treaties did not include a power to modify UK law, or to frustrate legislation, or to remove rights enjoyed by UK citizens.

The majority of the Supreme Court concluded that the law would be changed and legislation frustrated were Article 50 to be triggered, as this could lead to the UK leaving the EU without parliamentary authorisation. Therefore, legislation would be needed to empower the Prime Minister to trigger Article 50. Parliament could now have a say on the conditions under which the Prime Minister communicated the UK’s decision to leave the EU. Without Miller, there would have been no need for the European Union (Notification of Withdrawal) Act 2017.

However, the Supreme Court concluded that this legislation did not, legally, require the consent of the devolved legislatures. Whilst such consent may be required by the Sewel Convention, this was only a constitutional convention. Conventions are only politically, not legally binding. Thus, whilst the Sewel Convention has great constitutional significance, it is fragile in nature. It requires politicians to accept its importance to ensure good relations between Westminster and the devolved nations.

The second key case was the Scottish Continuity Bill Reference. As the European Union (Withdrawal) Bill (EU(W)B) progressed through Parliament, it became clear that there were tensions between Westminster, Scotland, and Wales concerned devolved powers. As the UK leaves the EU, powers that were exercised by the EU return to the UK, being exercised by Westminster, or the devolved legislatures and executives, according to the various devolution settlements.

The EU(W)B originally placed all of these powers in the hands of the Westminster Parliament on a temporary basis. This led both Wales and Scotland to initiate their own version of the European Union (Withdrawal) Bill – the Welsh Continuity Bill and the Scottish Continuity Bill.

The EU(W)B was then modified. Powers would be transferred to the devolved nations. But ministers in Westminster could make orders to return specific areas of power to Westminster on a temporary basis. Scotland did not accept this change. The Scottish parliament voted against giving its consent to the EU(W)B.

However, the Scottish parliament does not have the power to modify the Scotland Act 1998. The Supreme Court also concluded that provisions of the Continuity Bill would be beyond the powers
of the Scottish parliament at the time the Bill would come into force. After the challenge was initiated before the Supreme Court, the EU(W)B received royal assent.

The decision reinforced the power of Westminster over the Scottish parliament. Scotland was unable to incorporate EU law into Scottish law in a manner different from that in the UK, where this would modify the EU(W)A.

The final key case was Wightman. Andy Wightman MSP and others asked the Scottish courts to make a reference to the ECJ. They wanted to ask if it was legally possible for a member state to unilaterally revoke its notification to withdraw from the EU.

The ECJ concluded that it was legally possible to unilaterally revoke Article 50. This would need to be in a clear and unequivocal statement, communicated prior to the end of the Article 50 negotiation period (including possible extensions). It is likely that this would require legislation to empower the Prime Minister to revoke Article 50.

This knowledge changed the tenor of the debate in Parliament. The choice now includes leaving the EU with a deal, leaving with no deal, or revoking Article 50 and remaining in the EU. Each of these decisions influenced the Brexit debate. Yet they did not increase the powers of the court.

They reinforced the powers of Parliament. They also illustrate the limits of the courts. Miller shows that courts will not enforce conventions, which assumes there is sufficient political pressure to ensure the Sewell Convention is followed. The European Union (Withdrawal) Act 2018 was enacted without Scotland’s consent, in breach of the Sewel convention. The Scottish Continuity Bill Reference reinforces Westminster’s legal dominance over Scotland.

By Alison Young, Sir David Williams Professor of Public Law at the University of Cambridge, and a Fellow of Robinson College. This article is from our ‘Article 50 two years on’ report.