How Labour can exploit Leave divisions 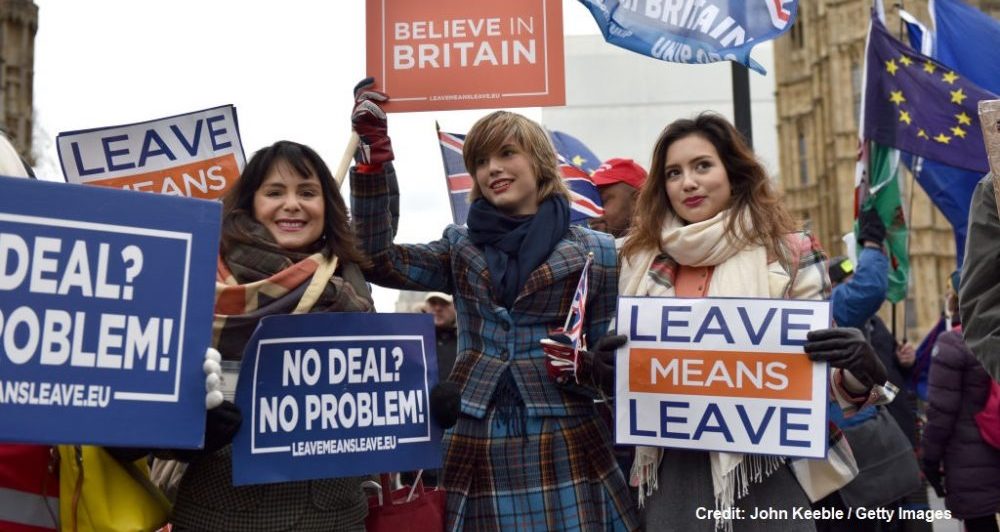 In December 2019, Boris Johnson assembled a coalition effectively enough to not only propel him back into Downing Street but also equip him with an 80-seat majority. A year and a half on, this month’s elections suggest that coalition remains pretty robust. Not least, the continued salience of the EU suggests the Prime Minister can keep reaping the electoral benefits of getting Brexit done.

Yet recent work points to both opportunities and risks for the government. On the one hand, Brexit may have more potential supporters than we had previously realised.

On the other, the Leave coalition is potentially unstable and vulnerable to fracture, particularly once attention turns to post-Brexit and post-pandemic economic priorities.

The years since the EU referendum have seen a focus – in both the media and much academic analysis – on those “left behind” voters who backed Brexit. Government rhetoric – if not action – has focused on their needs. Theresa May expressed concern for those “just about managing”.

Boris Johnson has made “levelling up” a – if not the – key priority for his government. The approach paid dividends as the Red Wall tottered in 2017 and fell in 2019.

This focus on inequality is welcome to all those who care about such things. Yet it was in some ways a curious lesson to have drawn from the referendum. After all, almost half of Leave voters live in households whose earnings are above the national median.

Many of these households are neither wealthy nor poor, but, rather, “comfortable”. These “comfortable Leavers” are estimated to make up some two in five of the overall leave vote.

Two new pieces of research from the UK in a Changing Europe cast light on these voters and their importance in both psephological and political terms.

In a new working paper, Jane Green and Raluca Pahunta force us to rethink our assumptions about the referendum. They underline the role risk aversion plays in voter choice. Wealth – and particularly property wealth – provides an insurance against financial risk, allowing those benefitting from it to act on their preferences even if these may entail negative economic consequences.

Their findings help explain the number of wealthy voters who backed Brexit as well as the age profile of Leave voters (we expect wealth, as opposed to income, to be higher among older generations who are more likely to own property and have access to pensions).

Quite simply, these people enjoyed the means to cushion themselves against any potential economic downside of leaving the EU.

In contrast, those lacking wealth – and the insurance it provides – were less likely to vote for Brexit, even if they held eurosceptic attitudes.

Consequently, latent support for Leave was quite possibly even higher than the referendum suggested. There are plenty of less well-off voters who were attracted to Brexit but driven towards Remain by fear of the economic consequences.

“Making a success of Brexit” by limiting the fallout on this group through targeted intervention may prove to be good politics for the government.

Yet this will involve some difficult choices. On the one hand, as Green and Raluca suggest and our focus groups with “comfortable Leavers” reaffirmed, wealthier voters are less likely to think Brexit will impact on their own economic circumstances.

Thus, one female Leaver in the West Midlands opined: “I think the great difficulties is going to be families that are affected that are low-income families. I think it will affect them more greatly than I think the majority of us middle class.”

Amongst comfortable Leavers, moreover, there is a sense, shared with many less well-off leave voters, that Brexit should represent a “reset” moment, allowing the country to address problems it perhaps could and should have dealt with already.

One male voter in the West Midlands explicitly stated that he saw Brexit as representing the chance for a “reboot”.

And some priorities cross the wealth boundaries. Both comfortable Leavers and those low-income voters we talked to as part of a project we carried out with the Joseph Rowntree Foundation in 2019 were of the view that post-Brexit priorities should include adequate funding for the police and fighting crime, as well as for NHS and care workers.

Both groups also felt Brexit should be the occasion for creating better, secure work and promoting British industry. So far, so united. However, there are limits to the Leave consensus.

Our deputy director Paula Surridge points out that comfortable Leavers are the most economically right-leaning pro-Brexit group. They do not necessarily see it as the role of the state to support those less well-off than themselves.

As one female comfortable Leaver in the West Midlands put it: “The English are feral, and they were fed for years and years off, if you stubbed your toe you got Disability Living Allowance for the rest of your life … The English need to be retrained that to feed your family, if you have to, go and scrub toilets.”

Comfortable Leavers were happy to see “savings generated by Brexit” used to underwrite greater investment in domestic manufacturing. They will be more leery about tax rises for the better off and increases in welfare, particularly for those not in work.

Therein lies the conundrum for the Conservatives. Insulating lower-income voters motivated by their personal economic circumstances – many of them former Labour voters, and therefore the weakest part of Johnson’s coalition – from the continuing economic effects of the pandemic and Brexit is key if the Tories wish to maintain their cross-class coalition.

Yet this is an agenda unpopular with many more comfortably-off voters, Conservative MPs, and indeed the Chancellor.

There are opportunities here for the opposition Labour Party. Its path to electoral success lies in part via an ability to exploit divisions among Leave voters.

This must include not only an emphasis on dealing with the unequal outcomes lockdown has generated, but also an attempt to explain to voters how Brexit has slowed economic recovery.

There are many different types of Leaver. Keeping them all happy may not be that easy.

By Professor Anand Menon, director of UK in a Changing Europe. This article originally appeared in the New Statesman.