How long can Dominic Raab govern? 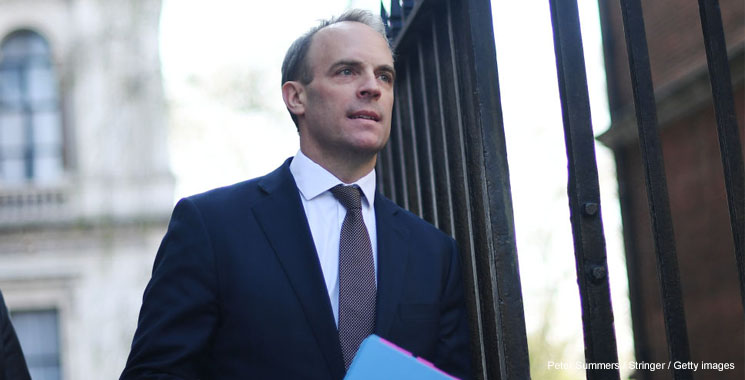 Last week exposed a gap in the UK’s constitutional arrangements. The prime minister fell victim to the virus his government was battling. After a week of assurances that he was able to govern as normal from a sealed flat in Downing Street, Boris Johnson was admitted first to hospital, then to intensive care.

Before Johnson went to St Thomas’ hospital, he had the foresight to pass the baton to the first secretary of state, Dominic Raab, who would combine some prime ministerial responsibilities with those of his day job of foreign secretary. Raab’s primary duty would be to chair meetings of the cabinet and cabinet committees.

That, in fact, is much of what occupies prime ministerial time, especially when there are daily crisis meetings. Raab said that he was acting under clear instructions from the prime minister.

We were assured that there was no lacuna in our national security arrangements – Raab could, if necessary, declare war. Fortunately that capability was not tested last week. But he did not have the full range of prime ministerial powers. He could not hire and fire his colleagues – and would not be meeting the Queen for a weekly audience.

For a week, these arrangements have worked. The tramlines of the government’s Covid-19 strategy were clear: ramping up testing, reinforcing NHS critical-care capacity, making sure that the cheques promised by the chancellor to support workers and business were delivered.

Raab could front press conferences. Last weekend’s papers were full of unedifying mudslinging and scapegoating: one immediate consequence of the PM’s hospital admission seems to have been to make the cabinet realise it needed to show it could act collectively, without a PM to impose discipline.

The question is whether this ad hoc arrangement can work for longer than a week.

Raab’s authority was always going to be tested when important choices had to be made: how to start the exit from lockdown; how to balance maximum suppression with the wider health and social implications of stringent restriction; and the need to support economic bounce-back.

Down the line, a decision will have to be made on whether to agree an extension to the Brexit transition before the end of June.

Skilful chairmanship might be able to fashion a consensus. But sometimes prime ministers just have to decide. That is where Raab might have struggled. In his cabinet, Johnson is the unique big beast. Raab was knocked out early in the leadership contest.

He was not the architect of the election victory; cabinet members do not owe him their jobs. Under Theresa May we saw how hard it was for a prime minister to get her way when she had no political authority.

So we, like the prime minister, may have got lucky. We may never find out whether our ad hoc arrangements are robust enough to withstand the long-term incapacitation of a prime minister during a crisis. Strengthening them should be a post-crisis priority.

By Jill Rutter, senior fellow at The UK in a Changing Europe. This piece was originally published in the Observer.