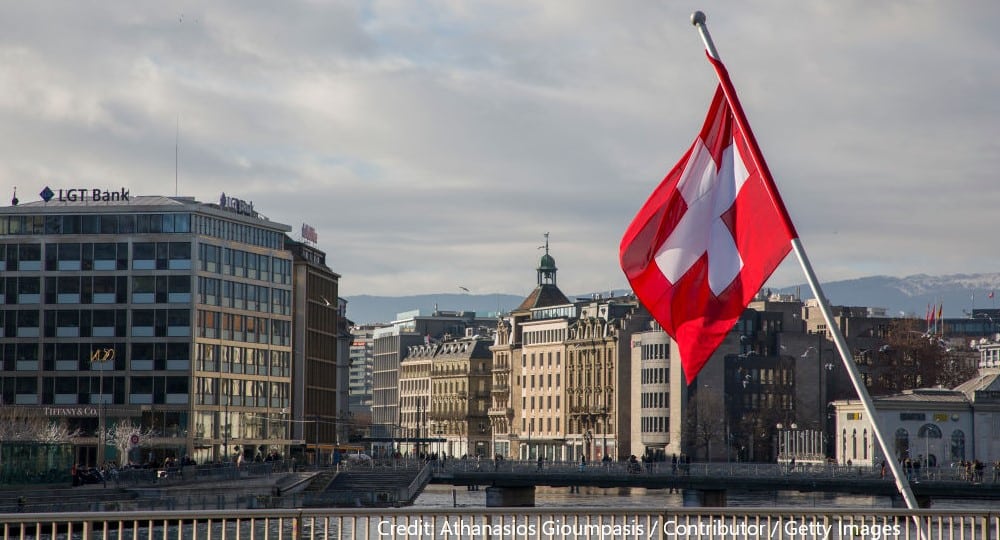 A month ago, The Sunday Times ran a front-page story in which it claimed that ‘senior government figures are planning to put Britain on the path towards a Swiss-style relationship with the European Union’. Although the story has since been denied by Downing Street, this has not stopped opinion polls from making an attempt to ascertain whether the public would welcome the UK having a closer relationship, one similar to the kind that Switzerland has with the EU.

These results suggest that the prospect of a closer relationship is potentially not unattractive to voters, but that the tone of how it is described, which differed between these polls, has the potential to make a difference to the pattern of response.

Meanwhile, voters may be keener on some potential ways of softening the UK’s current trade deal with the EU than others. Second, any closer relationship would entail the UK gaining closer access to the EU single market in return for giving the EU greater access to the UK and its market. This suggests that what matters is whether the likely trade-offs in any renegotiation would or would not be acceptable to voters.

In its latest poll for UK in a Changing Europe, Redfield & Wilton Strategies asked whether people would support or oppose the following four distinct ways in which the current Brexit deal might be softened:

The UK adopting EU laws and regulations on food and agriculture in exchange for the EU not implementing border checks or tariffs on food products produced in the UK?

The UK adopting EU laws and regulations on the manufacturing of goods in exchange for the EU not implementing border checks or tariffs on goods produced in the UK?

Table 1 reveals that all four were relatively popular. Nearly two-thirds are in favour of the mutual acceptance of professional qualifications. Just over a half back allowing freedom of movement, and a little below half following EU regulations to ease trade with the EU. Meanwhile, even in the case of the least popular of the four, only one in six said they were opposed. 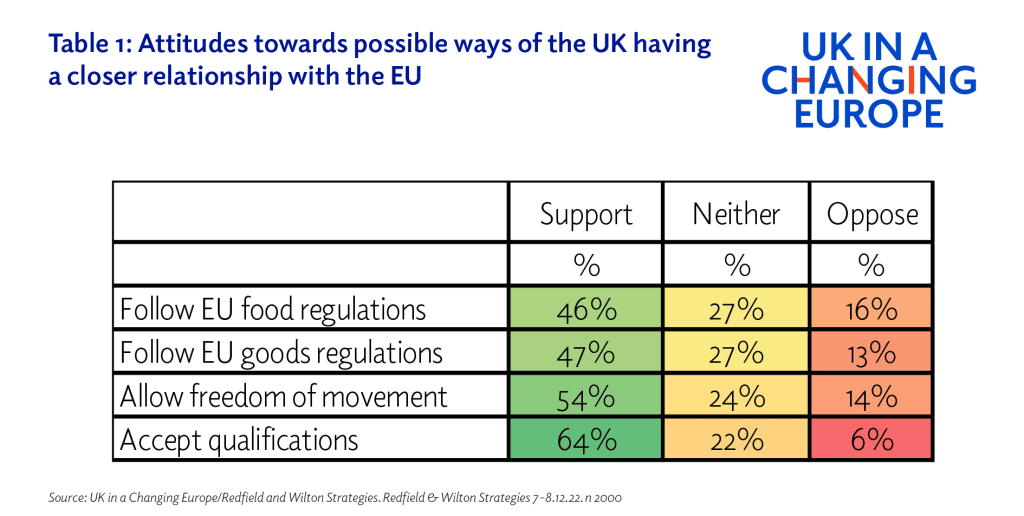 These figures present a picture not dissimilar to that obtained by Opinium and YouGov. Apparently, there might well be relatively widespread support for a closer relationship with the EU.

Still, we might wonder what voters might mean by a close relationship. Would it necessarily extend to backing the details of a possible ‘Swiss-style’ relationship?

The first two columns of Table 2 reveal that those who say the UK should have a close relationship with the EU are more likely than those who do not to support each of our propositions. Only a minority of those who do not want a close relationship with the EU support most of our propositions, although even among this group, just over half (53%) support the mutual recognition of professional qualifications. 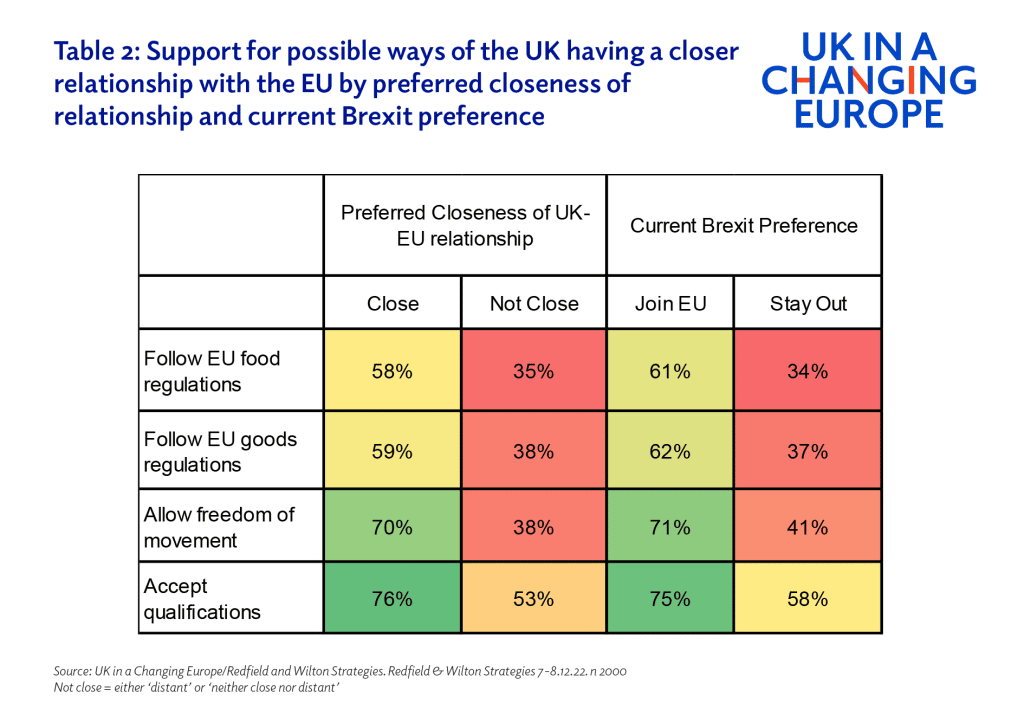 Voters have regularly been telling Redfield & Wilton that the UK’s relationship with the EU should be closer than at present. What can now also be said is that that mood is reflected in how people respond to specific proposals for softening the UK’s relationship with the EU. There might be a better reception among voters for a softer Brexit than perhaps politicians realise.