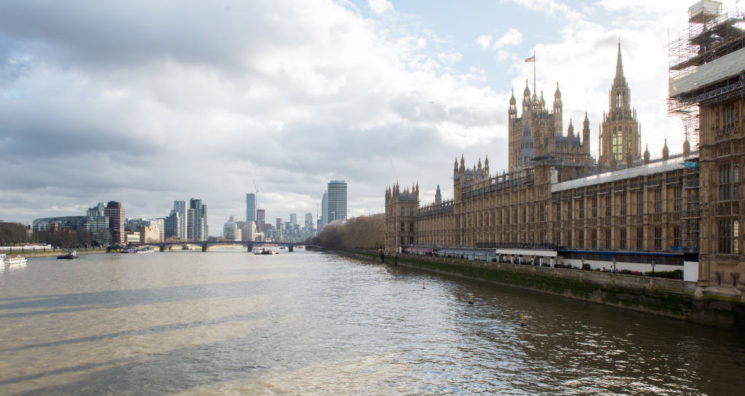 In their efforts to influence the Brexit process, MPs adapted various procedural mechanisms to demand information, take control of the Commons agenda, attempt to forge a consensus, and ultimately to impose their will on reluctant ministers. These initiatives captured significant media attention, though they encountered varying degrees of success.

An early focus of procedural innovation was on securing the release of information. Under ‘Standing Order No. 14’, most time in the Commons chamber is by default controlled by the government, potentially enabling ministers to restrict the topics that other MPs can debate and vote on – but one exception is for ‘opposition day’ debates.

In late 2017 Labour began using these opportunities to deploy the ancient parliamentary mechanism of ‘motions for return’ (or ‘humble addresses’), including to force the publication of internal government Brexit analyses.

Yet the amount of opposition time available is limited, and its timing depends on scheduling by the government. This restricted its usefulness during the Brexit process.

Following the second rejection of Theresa May’s Brexit deal in early March 2019, MPs therefore backed a move – by amending a government motion – to ‘take control’ of the Commons agenda by temporarily suspending Standing Order No. 14 altogether.

This paved the way for further innovation, with MPs staging a series of ‘indicative votes’ to attempt to break the Brexit impasse.

The initiative was not entirely unprecedented: similar votes have in the past been facilitated by the government, most notably (and unsuccessfully) in 2003 on Lords reform. In the event, the Brexit indicative votes also ended in failure.

In the first round MPs rejected all eight options, which included various forms of ‘soft Brexit’ and a second referendum.

The referendum option received the highest absolute support, while a permanent customs union came closest to a majority. A second round produced a similar outcome.

A key reason for this failure was that the voting system incentivised tactical and insincere voting (as was also observed in 2003). For each option MPs could vote either for or against (or abstain). This gave MPs favouring a particular outcome an incentive to vote against compromise positions, in an attempt to ensure that their preferred option achieved a relatively higher number of votes.

Hence, many pro-EU MPs rejected or abstained on ‘soft Brexit’ positions in the hope of securing a second referendum.

As suggested in advance by numerous observers, different sequencing of the votes (like separating questions of process from Brexit outcome) or a different voting system (such as preferential voting) would have been more likely to facilitate compromise.

After the failure of the indicative votes process, MPs turned to another major focus of innovation: passing primary legislation to compel government action.

While parliamentarians possess several other mechanisms for pressuring ministers – including debates, questions, and committee inquiries – none of these are legally binding.

Faced with the possibility that ministers might allow the UK to exit the EU without a deal, Parliament moved in April 2019 to pass the ‘Cooper Bill’, backbench legislation requiring the government to seek an extension to the Article 50 process.

Later that year, in September, parliamentarians repeated the trick with the ‘Benn Bill’ – the effect of which was to force Boris Johnson, plainly against his will, to seek an extension until 31 January 2020.

This is in part because only ministers can provide the necessary agenda time, but also because only they can propose ‘programme motions’ to impose a strict Commons timetable for the bill’s passage. In contrast, backbench bills are susceptible to filibustering.

MPs used their control of the timetable to overcome both barriers, approving what were in effect Commons programme motions on the two bills.

In the Lords, where programming is entirely absent even for government legislation, peers broke with precedent to authorise such a timetable on the Benn Bill.

This was a major development in Lords procedure: when in 2011 the coalition government had threatened a similar move, it sparked outrage among peers. Additional procedural creativity was also needed to kickstart the whole process of the Benn Bill.

Johnson, unlike May, had not been obligated to table an ‘amendable’ Commons motion, meaning that MPs had no obvious mechanism to hijack proceedings and ‘take control’.

The solution (further discussed in Jack Simson Caird’s contribution) was for the Speaker to grant an ‘emergency debate’ on a substantive motion – itself a noteworthy evolution of procedural practice.

Given Brexit’s domination of parliamentary business during the 2017-19 Parliament, formal procedural reform was, unlike ad hoc innovation, largely absent. One notable exception – the introduction of ‘proxy voting’ for new parent MPs, after years of campaigning – was at least partly provoked by tightly-fought Brexit votes in which the usual ‘pairing’ arrangements had broken down.

This change at least is likely to have lasting effect. But what lasting legacy will there be of the various other innovations witnessed during the 2017-19 Parliament?

Much of what occurred was a direct consequence of unique political circumstances: minority government and deep Brexit divisions.

MPs were undoubtedly successful in adapting procedure to take control of the Commons agenda and pass legislation, but the election of a majority administration in 2019 makes further such moves unlikely for the foreseeable future.

Nor are innovations around emergency debates or motions for return likely to succeed against a government with a cohesive Commons majority. Nonetheless, some lessons could be learnt from this period.

Although they ended in complete failure on Brexit, a revised process for indicative votes could have significant value, even under periods of majority rule, in helping MPs to navigate contentious issues.

Thought could also usefully be given to how agenda time is apportioned under future minority governments. Notably, the House Business Committee proposed by the Wright Committee in 2009 might have eased the Brexit procedural battles considerably.

The uniqueness of Brexit means that the levels of conflict experienced during 2017-19 may never be repeated.

Yet the future of parliamentary politics remains unpredictable, and some procedural precedents, and new innovations, could have lasting consequences.

By Daniel Gover, Lecturer in British Politics, Queen Mary University of London. This piece was taken from our Parliament and Brexit report.