How religion contributed to Brexit 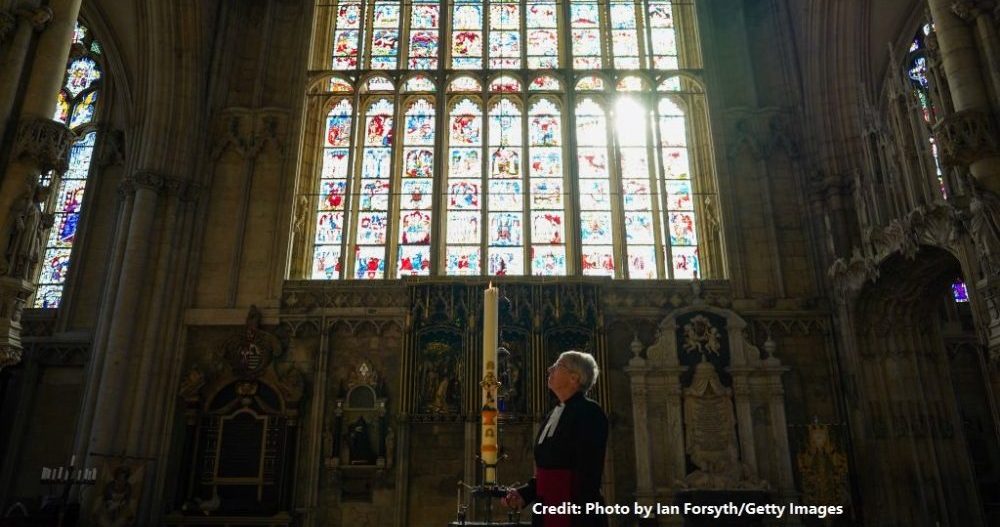 Our new book, Religion and Euroscepticism in Brexit Britain, shows how religion affected support for Brexit even after the influence of age, education and many other characteristics have been accounted for, and how it continues to affect political behaviour (such as in the 2019 General Election) through its impact on those identities and values that shaped support for Brexit.

The key to identifying this ‘religious effect’ lies in recognising that religion means more than our identity with a particular community or institution: it also refers to religious behaviour (such as going to church or praying) and beliefs (such as in God).

As the graph below shows, Anglicans were the most likely of the largest Christian communities to support Brexit in 2016, with 55% voting Leave.

This is because being a member of the Church of England helps foster an attachment to the English heritage and national identity of which the Church is a key component.

Anglicans are also likely to share the Church’s historic opposition to Catholic supranationalism in Europe, and be sceptical about the benefits of social, economic and political change that erodes national borders and the power of the British state.

In other words, Anglicans are more likely to hold to English national identities and to be conservative when it comes to social, economic and political change – both traits strongly associated with support for Brexit.

In contrast, 61% of Catholics voted Remain because they are far less likely to have such attachments to English national identity or institutions, and Catholicism is associated with supranational institutional leadership in the form of the Vatican. 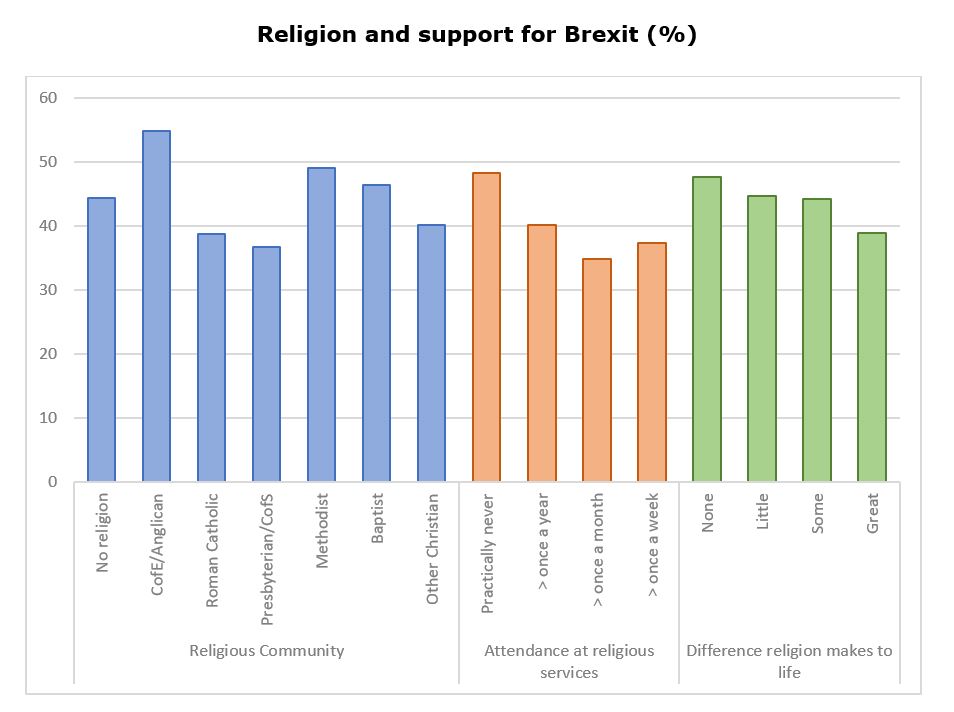 As the graph also shows, however, people who ‘practically never’ attended religious services were also more likely to support Brexit, reflecting the impact of regularly interacting with religious communities and leaders on our social networks (which tend to be more extensive for the religiously active) and our subsequent tolerance for ‘outsiders’.

Holding stronger religious beliefs also depressed support for Brexit, because of the adherence to values of tolerance, charity and peaceful coexistence such beliefs promote.

Both religious behaviour and beliefs reduce Euroscepticism by increasing tolerance for the most visible consequence of EU membership for most citizens: mass migration and subsequent exposure to other cultures.

It was not just Anglicans who were most likely to vote for Brexit in 2016, therefore, but Anglicans who never went to church and held few religious beliefs, about two-thirds of whom voted Leave.

Those most likely to oppose Brexit were religiously active and devout Catholics, around two-thirds of whom voted Remain.

After we account for differences in age, education, social class and other traits that shaped voting behaviour in the referendum, religiously inactive Anglicans were 27 points more likely to support Brexit than religiously active and devout Catholics – a difference similar to that between university graduates and non-graduates.

While not as influential as age or educational qualifications in shaping how most people voted in the EU Referendum, therefore, the impact of religion was far from trivial, and for a minority it was powerful.

This figure dwarfs the number of Muslims, Jews, Sikhs, Hindus and Buddhists in Britain combined, to whom far more consideration is given to the consequences of their religion for their political behaviour.

In total, more than 60% of British adults either identify with a religious community, exhibit religious behaviour, hold religious beliefs, or some combination of the three, and so have the potential for some ‘religious effect’ to help determine their political attitudes or behaviour.

While the importance of religion in shaping British public opinion is undoubtedly declining thanks to secularisation, therefore, dismissing its influence entirely is premature and robs us of a vital insight into British politics.

What’s more, the importance of this ‘religious effect’ is growing. As UK in a Changing Europe research has shown, the ‘Remainer’ and ‘Brexiteer’ identities continue to have resonance even now that Brexit has been delivered.

Those characteristics that shape Euroscepticism (such as national identity and social conservatism) also shape how voters feel about the performance of the government, their support for policies in a host of areas (including healthcare, crime, education, foreign affairs and welfare), and who they vote for in elections.

Through its impact on national identity, political ideology and historic attachments to political institutions, therefore, religion will be an important determinant of British public opinion for the foreseeable future.