How the EU divides Scotland 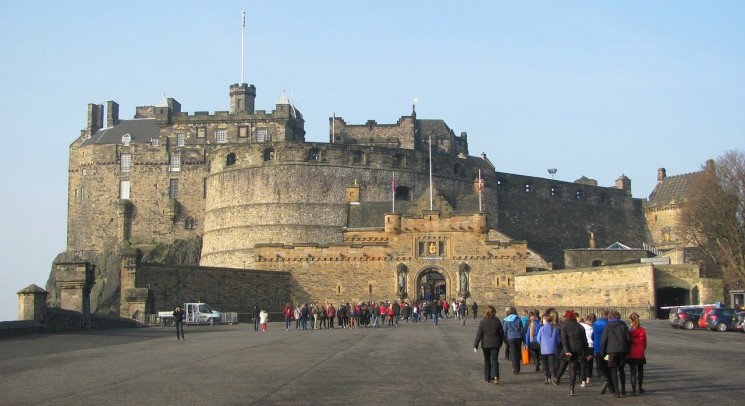 If the First Minister is to be believed, not only will the future of Britain’s relationship with the EU be at stake in the forthcoming referendum on the UK’s membership, but so also will Scotland’s continued membership of the UK.

Ms Sturgeon anticipates that, if Scotland votes to stay in the EU but the UK as a whole votes to leave, the bonds that continue to tie Scotland to the Union will finally be broken. Faced with a choice between remaining in the European Union or continuing to be part of the Union that is the United Kingdom, many a voter who voted ‘No’ just over twelve months ago will, she thinks, opt for the former.

There is little doubt that Scotland is keener than the rest of the UK on remaining in the EU.  Three systematic comparisons all point in that direction.

The first comes from a large 30,000 member panel of voters that is being interviewed on a regular basis by the British Election Study.  When these panelists were shortly asked after the general election whether they wanted to leave or remain in the EU, no less than 58% of those living in Scotland said they  wanted to remain and only 28% wanted to leave. In contrast, amongst those living in England 45% said that they wanted to stay and 35% to leave.

More recent polling conducted by Survation and YouGov in which respondents were asked the exact question that will appear on the ballot paper, that is, ‘Do you think the United Kingdom should remain a member of the European Union, or leave the European Union?’ points in the sane direction.

Both companies have posed the ballot paper question on polls administered across Great Britain as a whole and on polls conducted solely in Scotland.

In both cases these companies’ Britain-wide polls (conducted in September) have suggested that the outcome could be very close. YouGov actually found that slightly more (40%) would vote to leave than to remain (38%), while in Survation’s case the balance was narrowly in the other direction, with 43% in favour of staying and 40% remaining.

If these polls are to be believed, the overall UK-wide outcome of the referendum is on a knife-edge.

But in Scotland, the same two companies have found that those wanting to remain substantially outnumber those who wish to leave.

Survation reported as many as 51% said they would vote to remain, while just 29% would opt to leave. More recently in a poll published last week, YouGov have reported almost identical figures; 51% backed ‘remain’ while 31% said ‘leave’.

There is one key reason why Scotland is more Europhile – its profoundly different pattern of party politics.  Here, ‘standing up for Scotland’ is an objective with which above all the SNP are associated. And nowadays at least the SNP both dominates the electoral scene and is strongly pro-European. South of the border, in contrast, nationalist sentiment is expressed most strongly by the anti-European UKIP.

These very different stances are reflected in the views of their supporters. According to Survation, 50% of those who voted for the SNP in May’s UK general election want to remain in the EU, while 33% say they will vote to leave. In contrast, UKIP supporters are almost unanimous in their wish to leave, with 83% telling Survation that they wish to do so, and just 10% wanting to remain.

If we look at Conservative and Labour supporters, however, we find that their views are much the same on both sides of the border.

English and Scottish Conservative voters reflect the deep division on Europe that exists within their party. Across Britain as a whole 41% of Conservatives want to remain, 43% to leave. Amongst Scots Tories the two sides are evenly matched with 39% backing remain and 39%, leave.

Meanwhile, across Britain as a whole 55% of Labour supporters wish to remain in the EU and 31% to leave. In Scotland the figures are very similar, that is, 56% and 25% respectively.

So all in all this means that what makes Scotland stand out on Europe are the relatively pro-European views of what nowadays is a very large group of SNP voters.

This potentially has important implications for the suggestion many a No voter would switch to Yes following a UK-wide vote to leave the EU.  Less susceptible to persuasion by the SNP, such voters may in fact prove less Euro-enthusiastic than those who are already in the independence camp. If so, then perhaps ‘Brexit’ would not automatically lead to ‘indyef2’ after all.

John Curtice is a senior fellow of The UK in a Changing Europe, Professor of Politics, Strathclyde University and senior research fellow at NatCen Social Research. He is blogging on public attitudes during the referendum at www.whatukthinks.org/eu