How the EU should read Boris Johnson 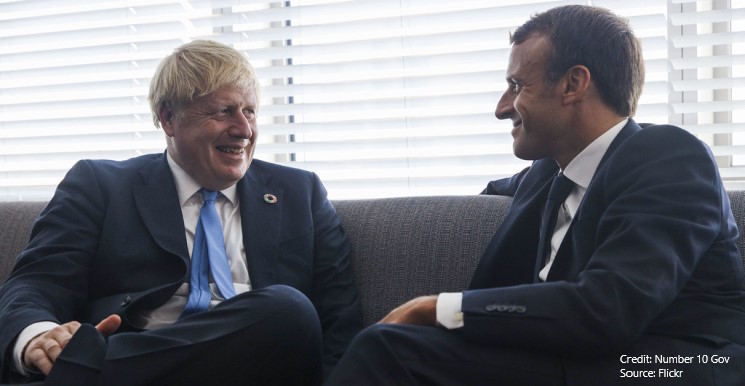 Boris Johnson is not the radical populist some in the EU think he is.

He is sometimes seen, like Donald Trump, as a populist leader willing to jeopardise international institutions for his own personal political ends.

But this interpretation is a mistake.

Boris Johnson is not hostile to multilateralism

Mr Johnson, despite his support for Brexit, is not hostile to the EU itself.

While he has a vision of the UK’s place in global politics distinct from the EU consensus, seeing the UK as better able to navigate international waters independent of EU membership, he is not hostile to multilateralism.

The Iran crisis is a case in point. Mr Johnson clearly saw value in joining forces with his E3 colleagues, France and Germany, to put out a joint statement.

The G7 summit in Biarritz in August was another example of his strategic closeness to European allies when he reportedly sided with European colleagues against Donald Trump on Russia.

British foreign policy in the Johnson era is likely, as under Theresa May before him, to continue to be channelled through multilateral mechanisms, including institutions like the United Nations and World Trade Organisation (WTO).

The political declaration on the future UK-EU relationship makes this commitment explicit. Plus, independent membership of the WTO has always been a totem of the pro-Brexit cause.

The UK will also host the UN Climate Change Conference in November, which after all is about managing a multilateral agreement.

There is a risk in EU policymakers misinterpreting the prime minister

There is a risk, however, that the Brexit vote—taken as a personal insult by many in the EU—steams the glasses of EU policymakers and leads to a misreading of British intentions.

Mr Johnson’s Euroscepticism is almost entirely UK-focused and concerned with the UK’s departure, not with becoming a hostile threat.

One challenge for the EU then is not to throw the baby out with the bathwater.

The loss of a member state is not the worst outcome from Brexit from an EU perspective. To do so and lose close economic and security co-operation with the UK would be much worse.

Talks with the UK should therefore not be framed as threat management, as they have been already on some issues.

On police and judicial co-operation, for instance, the European Commission has proposed a ‘guillotine clause’ in any agreement in case of potential UK human rights violations.

And the EU has also threatened to freeze the UK out of Galileo satellite project on security grounds. A continuation of this approach would risk unnecessarily alienating the UK.

The Johnson philosophy: political expediency above all else

Mr Johnson’s willingness to accept measures unthinkable to his predecessor in the amended Withdrawal Agreement hint at a wider philosophy: political expediency above all else.

His position in the referendum appeared to have been calculated on similar thinking.

This may be unsurprising for a politician, but it does suggest that with accommodating political choreography there may be more flexibility on the UK side than many in the EU currently imagine.

Note, for instance, a distinct lack of red lines so far from the UK for trade negotiations.

Johnson has shown that he can sell compromises and is willing to move. What he needs from the EU is a willingness to expedite trade talks.

Other negotiations, on security for instance, are less politically salient (hence their absence from the Conservative manifesto).

The second-phase victories will be in headlines not detail

The important political victories in the second phase will be in headlines not detail.

Mr Johnson wants to avoid an extension of transition for that reason, even if it means only the most basic trade terms being agreed.

He wants to be able to put the EU behind him as a central policy issue by the end of 2020 (and ideally by February).

Not least, this would free up some resources to help negotiate trade agreements far and wide, making visible the Global Britain he has promised.

Brexit is a radical policy, but it does not mean that everything that flows from it is radical.

Boris Johnson’s election manifesto was one of modest policy offerings, not a pledge to tear up all before him.

Nor did he in the end opt for the most radical of Brexit options but instead plumped for a politically expedient compromise.

Aside from Brexit itself, it’s hard to find much radicalism in Mr Johnson’s policy preferences. He is broadly an orthodox wrongly cast as a revolutionary.