How the Euro stacks the cards against British manufacturers 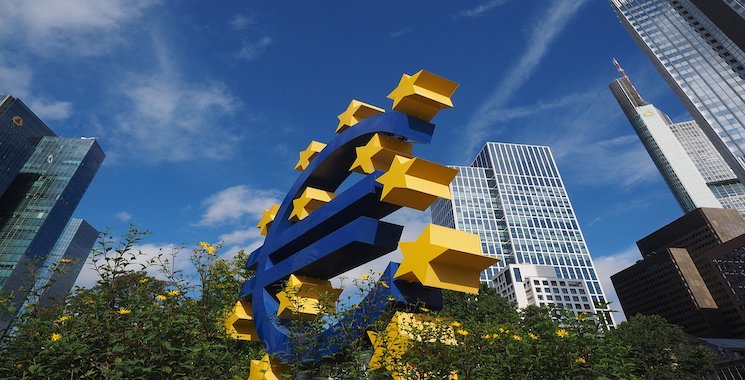 The EU continues to press the UK to ensure a level playing field on a wide range of regulations in exchange for even a basic Free Trade Agreement (FTA).

The implication is that the UK, in running a de-regulated economy, represents an existential threat to the EU’s more managed and progressive approach to commercial activity.

Even if this were true, which appears not to be the case as the UK maintains quite rigorous standards across many sectors, this accusation ignores the EU’s own questionable transgression of economic fair play – the euro currency.

As some economists have pointed out for years, the euro is considerably undervalued compared to the legacy currencies of several northern eurozone members (notably Germany’s Deutschmark), according manufacturers from these countries an enormous price advantage for their exports on world markets.

Indeed, there is a persuasive case to be made that Germany is a currency manipulator, a status which has gone unchallenged for too long.

The situation is exacerbated because Germany, and to a lesser extent the Netherlands, are not ‘paying’ for this advantage by putting their balance sheets at risk.

The euro is not a real currency to begin with. Proper currencies, like the sterling or the US dollar, are backed by the government which issues them.

So the debt which arises when governments overspend, as when they respond to situations like the coronavirus pandemic, will always be repaid because the issuing government controls its central bank, enabling it to print more currency as required.

But this is not the case with the euro because no individual member state is in charge of the European Central Bank (ECB), nor the management of the currency.

Instead, eurozone countries rely on loose cooperation among each other to require the ECB to print more money on their individual behalf.

But this doesn’t always happen because, as we have seen most recently with the coronavirus crisis, the various eurozone members bear widely different levels of public debt.

With the euro strategically undervalued at no cost to the economically powerful northern eurozone member states, German and Dutch exports systemically out-compete those from the UK, seriously harming UK producers selling in the UK and in foreign markets.

These banks in turn provide cheap credit to eurozone-based manufacturers, allowing them to access capital more readily than their competitors operating in countries with real currencies like the pound or the dollar.

The unlimited supply of money is a convenient subsidy to German and Dutch producers, boosting their ability to export goods at cheaper prices. Far from a level playing field, British firms are fighting an uphill battle.

The euro’s set up is so one-sided in favour of northern eurozone manufacturers that there is a strong case to be made that it breaches World Trade Organization disciplines on subsidies and dumping which would apply even in the event that no trade agreement is reached.

Under these rules, the UK may be able to impose tariffs on German and Dutch goods to offset the benefits linked to the euro. It’s true that tariffs are ultimately harmful to countries who impose them, as well as those on whom they are imposed.

But in the context of EU trade negotiations where one party accuses the other of adopting a strategy of unfair de-regulation, anti-subsidy or anti-dumping duties could be the best way forward for the UK.

Merely drawing attention to the imbalance engendered by the euro could function as an effective bargaining chip in the time left for FTA negotiations.

In particular, it could work to unlock the impasse resulting from the EU’s demand of perpetual regulatory alignment, perhaps most frustratingly in relation to state aid – the EU’s own anti-subsidy regime.

Either the euro must go, replaced by a sovereign-backed, fully capitalized and liquid currency, or else the UK should target German and Dutch exports with appropriate tariffs. There is, of course, a third solution.

The EU could let go of its demands for regulatory alignment and instead offer the UK a comprehensive FTA, like it did with Canada and Japan.

If it does, the UK might be prepared to turn a blind eye to the mischief of the euro, at least for a while longer.