How the European Parliament elections could radically reshape British politics 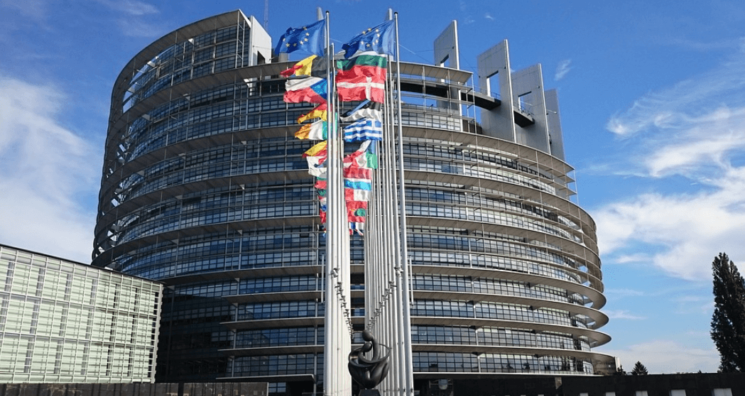 The Education Minister Nadhim Zahawi recently declared that a vote to elect MEPs nearly three years after we voted to leave the EU would be tantamount to a ‘suicide note’ for the Tory Party. He may be right.

It is hard to imagine a worse time for Labour and the Tories to face the only UK-wide proportional electoral contest. As their electoral support crumbles, two new parties – Change UK and the Brexit Party – seem perfectly placed to capitalise. Perhaps the best hope for Theresa May and Jeremy Corbyn may be that the elections, if held, represent a kind of ‘suicide pact’, with both parties hammered and relegated to third and fourth place in the polls.

It still remains possible that instead we might get a ‘sick note’ allowing us to swerve going to the polls on 23 May. As with everything to do with Brexit, there are profound disagreements concerning the circumstances under which the UK might be compelled to hold them.

A group of eminent lawyers has argued that the UK could negotiate some kind of derogation from the need to hold the elections. Equally, the legal service of the European Parliament itself has argued that, even if the UK did not elect MEPs while a member state, this would not undermine the legality of the new parliament.

Conversely, an EU Council document argued that, if the UK stayed in without holding the elections, this might place the ‘security of legal relations’ in the EU at risk.

To date, politics has won out and the EU has decided to play it safe. Leaders have informed Theresa May that, absent the passage of her Withdrawal Agreement, the UK should leave the EU on 12 April. Should any further extension be agreed this week, they will insist that elections are held, or at least prepared for.

Failing that, member states fear the possibility of the UK deciding to revoke its notification under Article 50 having failed to hold elections, thereby throwing the legality of the new parliament into doubt.

Either way, this legal debate needs to be resolved soon. The UK needs to begin preparing for elections in earnest this week. The Electoral Commission has said that the notice of election would have to be published not later than 15 April (and 12 April in the South West electoral region, because of a bank holiday in Gibraltar on 29 April and 1 May).

The Commission has advised that the 14 member states that will benefit from the reallocation of some of the UK’s seats will need to know by mid-April whether they are to receive them, in order to make the necessary preparations.

The British Government, therefore, faces a stark choice. Leave with no deal on 12 April, or prepare for the European elections. And this will cost money. The European Elections cost £108 million to hold in 2014. Local authorities will need to start spending soon.

And of course there remains the real possibility, as Chancellor Philip Hammond acknowledged, that we might spend the bulk of this money, run election campaigns, and still not even have the elections themselves should we end up leaving on 21 May.

Obviously, this wouldn’t be a good look. But what if the elections were to go ahead? What would their political impact be? For one thing, we might expect this to be a European election fought with an intensity not experienced in the past.

We have, remember, two new parties – Change UK and the Brexit party – created specifically to compete over the European issue. And the election will be seen by many not only as a dry run for a second referendum, but also a preparatory exercise – note how the petition to revoke Article 50 was used as a data gathering campaign tool for a Remain referendum campaign.

Because of its role as a referendum surrogate, and because of the creation of new parties round the European issue, we can expect the election to strengthen the values divide that, partly as a result of the 2016 referendum, has come to sit alongside the traditional left-right cleavage in our politics.

As Paula Sturridge has argued, the relationship between values and political behaviour is complex and depends on the context and framing of the vote. The only national election run using proportional representation – specifically centred on the issue of Europe – would provide a perfect opportunity for political newcomers to benefit from the framing of a debate along values lines.

The latest YouGov poll underlines just how fragile the dramatic return to two party politics we witnessed in 2017 really is. Their combined support was 63%, its lowest level since GE2017.

In Wales, for example, polling show the combined Labour and Conservative vote share below 60% – dropping from 83% in the last general election. The recent Newport by-election confirmed this trend, the key story being the two main parties haemorrhaging vote share.

It would be uniquely hard to estimate the turnout here – the increased salience of the European issue meshing with feelings of disillusionment that may put off some voters. Yet, it is worth saying that 72% of respondents feel that Britain leaving the EU is the most important issue facing the country at this time. And, as Surridge says, the really motivated factions on each side of the debate are as big as ever.

Obviously European elections tend to be second order affairs, and their importance to the EU chronically underestimated. But a successful European election will provide new challenger parties with a foothold and resources in terms of both profile and funds. European political parties have since 2004 been able to draw on an annual €30m pot of EU grants that can cover up to 85 per cent of party expenditure, including campaign costs for European elections.

These elections could accelerate the fragmentation a fragile two-party stalemate, providing an institutional foothold for new parties forged on the issue of Europe. There is a certain irony that, by the time results are announced on 26 May, rather than having left the EU our party politics could be more ‘European’ than ever before. I wonder if Corbyn and May have touched on this in their discussions?

By Anand Menon, director of The UK in a Changing Europe. This piece was originally featured in the Huffington Post.