How the UK can become a champion of free trade again 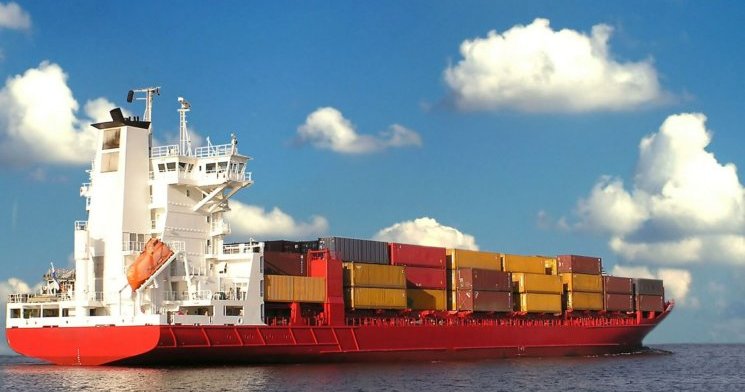 The ability to reduce trade barriers with the rest of the world is one potential upside of Brexit that many Remainers are at least willing to acknowledge. However, even many Leavers would now accept that nothing should be taken for granted.

The stakes are high …

There is, of course, a lively debate over whether increased trade with third countries will be able to offset any disruption to trade with the EU. Many economists believe this is unlikely; others are more positive. But all would presumably agree that the UK will need to benefit from more open trade outside the EU if Brexit is to be a success.

The stakes are also high for the global economy. Growth in world trade has been sluggish for several years. The IMF has attributed this mainly to weakness in overall economic activity. But the reduced pace of trade liberalisation and an increase in outright protectionism has played a part too. The WTO and Global Trade Alert both reported an increase in the number of trade-restrictive measures adopted in the wake of the global financial crisis.

The UK could therefore have a vital role as a champion of the benefits of free trade. Other countries have rapidly opened up their economies before, but these have typically been small and ‘far away’ (notably Hong Kong, Singapore and New Zealand). Compared to these countries the UK is relatively large and, thanks to Brexit, firmly in the spotlight. International Trade Secretary Liam Fox has (rightly) talked up the potential here.

… as are the obstacles

Unfortunately, this may prove easier said than done. The obstacles can be divided into three: formalities, resources, and, perhaps most importantly, ‘hearts and minds’.

The first point covers the legal and political hurdles that must be cleared before free trade agreements with the rest of the world can be concluded. Strictly speaking, the UK cannot negotiate its own deals until it leaves the EU. This still allows for ‘talks about talks’, letters of intent and so on, but there is only so much that can be done anyway when the terms of the UK’s future relationship with the EU itself are uncertain. What’s more, the UK cannot implement its own trade deals as long as it is a member of the EU’s customs union, as this requires the UK to operate the EU’s common external tariffs and other barriers.

This might matter less if the UK were planning to break completely from the customs union in March 2019. But the government is proposing to replicate key elements of this arrangement during a transitional period. This suggests that any interim deal with the EU will have to include formal permission to negotiate. But even then, other countries may be reluctant to engage with the UK until everything is settled with the EU.

Labour’s Keir Starmer has gone further and argued that the UK should consider staying in a customs union with the EU indefinitely, unless there is evidence that new trade deals would make Britain better off. This begs the question of how this test could ever be passed if the UK is not able to negotiate these deals to begin with.

The second problem is resources. The UK civil service is facing an exceptional number of pressures all at once. Arguably the priorities have be securing a comprehensive free trade deal with the EU and replicating the deals with third parties that the UK already has by virtue of its membership of the EU, before looking further afield.

The third problem is the need to win ‘hearts and minds’. If the political will exists, the first two problems may simply be matters of timing. Most people do ‘get’ the principles of free trade. Nonetheless, it is remarkable how often politicians, commentators and even professional economists baulk at implementing these ideas in practice.

There is always some lobbying group ready to argue that a particular industry needs protection from competition – and they are usually more effective at making their voices heard than the consumers who would benefit. Even governments that talk glowingly of the gains from free trade are prone to bouts of ‘Buy British’ and putting ‘British Workers First’.

But there are good reasons for optimism

Nonetheless, a realistic assessment of the challenges ahead can lead to some positive conclusions.

For a start, the upside is huge. The EU still does not have a free trade deal with China, the US, India or Brazil (and only an agreement in principle with Japan). Some argue that it will take the UK longer to conclude its own deals with these countries because they will prioritise negotiations with the much larger EU market. But the UK is still a major economy – and size can work both ways. The UK may pose a smaller competitive threat and will surely be nimbler than the EU.

What’s more, there should be some easy wins. Perhaps we cannot rely on the US (or joining NAFTA) given the unpredictability of the Trump administration. But Australia also seems keen to do a deal soon.

Of course, closer ties with Australia alone are not going to transform the prospects for the UK economy. But this would get the UK back in the swing of negotiating free trade deals again. More ambitiously, the UK could piggy-back on other agreements. The most promising would be a rebooted Trans-Pacific Partnership (TPP), perhaps as a gateway to a deal with China.

Finally, there is a lot that the UK could do unilaterally, that is lowering its own trade barriers regardless of whether other countries reciprocate. It is certainly hard to see any objections to the elimination of tariffs on imported goods (including many agricultural products) that the UK itself does not produce.

The upshot is that there is still all to play for. Anyone who said this would be straightforward may now be regretting their words. But the opportunity for more open trade with the rest of the world remains one of the great prizes of Brexit.

By Julian Jessop, Chief Economist and Head of the Brexit Unit at the Institute of Economic Affairs.