How has opposition to the European Union changed in light of the Greek debt crisis, the UK’s planned referendum on EU membership, and the migration crisis in the Mediterranean? In an interview with EUROPP’s editor Stuart Brown, Catherine de Vries discusses the impact the UK’s referendum might have on the continent, the nature of left-wing Euroscepticism, and why immigration remains the most important issue for David Cameron in his efforts to reach a deal on EU reform.

How might the UK’s referendum campaign affect Eurosceptic movements in other parts of Europe? Could there be a domino effect with other Eurosceptic parties motivated to demand their own referendum on EU membership?

I think this is certainly possible, but it depends on the outcome of the UK’s referendum. I doubt there will be any such referendum prior to the one held in the UK. There were initiatives in the Austrian and Dutch parliaments, but they were voted down. So it really depends: if the UK voted to leave it might well reinvigorate the Eurosceptic right, in particular in countries like the Netherlands and France, but if the referendum is a vote to stay in then it’s unlikely to prompt similar moves elsewhere.

We would have one of the most Eurosceptic member states (the UK) voting to stay in, so it wouldn’t be a great bet for someone like Geert Wilders to think that he could get the Netherlands to vote to leave. Also if you look at data on the topic there would be little reason for encouragement. For example, I have collected some of my own data and used data from the European election survey, and while it’s not entirely clear how the referendum will go, UK public opinion is still very much an outlier and by far the most Eurosceptic of EU member states in northern Europe.

In other countries such as Germany, the Netherlands and Austria, there is still a majority of people who think that membership is a good thing, even if they’re concerned about particular issues like the euro or intra-EU immigration. So strategically I think Eurosceptic politicians elsewhere in Europe will wait it out and see what happens in the UK. If it’s a vote for an exit then it might spark off movements in other countries, but if it’s a vote to stay in then it’s doubtful anything major will happen.

How strong is the influence of UKIP over other Eurosceptic parties on the continent?

I think in general the relationship between Eurosceptic parties has become much stronger. We saw that with the creation of the Europe of Nations and Freedom political group in the European Parliament, which includes the Front National from France, Geert Wilders’ Party for Freedom, Lega Nord from Italy, the Freedom Party of Austria and others. However UKIP was not involved in this, partly because it didn’t want to associate itself with Wilders and Marine Le Pen.

On the continent, the Eurosceptic parties of the right are slightly different from UKIP. They tend to have clear anti-immigration stances, but there is some divergence over how this is expressed. Le Pen is much stronger on anti-Islamic stances, particularly since the Charlie Hebdo attack. That’s a particular element that UKIP doesn’t emphasise to the same extent. Geert Wilders is interesting in this respect as he used to be in the liberal party (VVD), but left over the question of Turkish membership of the EU, which his party supported and he opposed. Politicians like Wilders are really playing a double game: he has a Eurosceptic position but has always been very vocal about Islam.

So these parties are gravitating toward each other more than toward UKIP. But what they are looking at is the extent to which Nigel Farage and UKIP have been able to articulate their central message to the UK electorate. Of course Wilders and Le Pen have been very successful at that as well and given that these parties had success prior to the rise in support we’ve seen for UKIP, it’s not entirely clear how strong this influence is.

One issue that has been raised during the recent discussions over the Greek debt crisis is the potential for a new form of left-wing Euroscepticism to develop in Europe, rooted in opposition to austerity policies. Has there really been a significant shift in attitudes in this sense and could it alter the nature of Euroscepticism?

I think it’s important to emphasise in light of recent discussions that this type of Euroscepticism has in fact existed for a long time. There has been a lot of opposition to the EU from the left in the past. The Labour Party in the UK was initially highly sceptical of European integration, but social democrats have gradually made a move toward being more pro-EU and accepting of the status quo.

The Netherlands is again an interesting case. The Socialist Party, which is a party to the left of the social democrats (PvdA), have been very vocal in expressing Eurosceptic sentiments. The same thing has been seen with former communist parties in Eastern Europe, who have put forward anti-EU and anti-free market platforms. Die Linke in Germany offer another example.

The thing is that these parties haven’t been able to gain the same level of traction as Syriza. They haven’t been able to enter government coalitions – in fact they often intentionally decide not to enter government in order to avoid the kind of situation that Syriza is facing now, where they would be pushed toward abandoning some of their anti-austerity and anti-EU stances. But we have seen it expressed in other situations, such as the 2005 referendum on the Constitutional Treaty in France, where the Parti socialiste was split over the issue. Meanwhile in the Netherlands the Socialist Party on the left was just as anti-EU during the referendum campaign as Wilders was on the right.

Syriza is nevertheless the first hyper-successful party in mobilising support around this kind of platform. And it’s interesting because Syriza, as we’ve seen in the recent split of the party, has a more moderate group of left-wing politicians who are not opposed to the idea of European integration, but merely to the policies coming out of the European Union. They have until now sat alongside a more radical group of Eurosceptic politicians who would rather see their country leave the euro and even the EU itself, which they feel is a neoliberal project. This is a division that we now see in left-wing parties more broadly: the left is now split over whether they simply oppose the EU’s policies or oppose what the EU stands for overall.

Alongside Greece, another major issue during 2015 has been the migration crisis in the Mediterranean. To what extent has this fed into Euroscepticism on the continent?

I think what is interesting in light of what we’ve just said is that this is a far easier issue to latch on to for the right, given they have a clearly defined anti-immigration stance. It’s far more difficult for the left as they are not voicing opposition against the EU due to immigration – if they were then it would be more likely to be criticism over EU states not doing enough to share the burden, rather than criticism over the number of people entering Europe.

Another interesting element is that we’ve recently carried out some analysis on people’s views on reform of the European Union. What really stood out in this analysis is that what British citizens really care about is limiting immigration. This was by far the most important issue for them. But this is not the case for other continental countries, where economic issues were rated as being far more important, potentially due to the problems that have occurred in some of the countries using the euro.

However that does seem to be changing now with the problems we’ve seen in Italy, France and elsewhere. So it will be interesting to see how that develops and it will certainly be a big issue for Cameron, at least if the opinion polling we’ve done on the subject is any indication, as it suggests he will really need to achieve some kind of deal on that front.

This blog post has been kindly re-produced from LSE’s EUROPP blog. 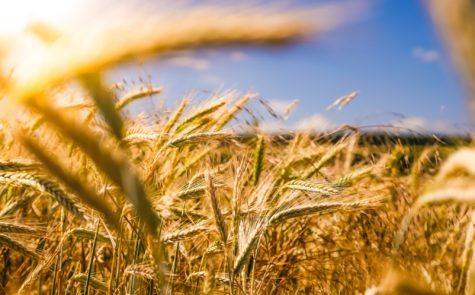