How to coax Northern Ireland cross-party agreement on Brexit 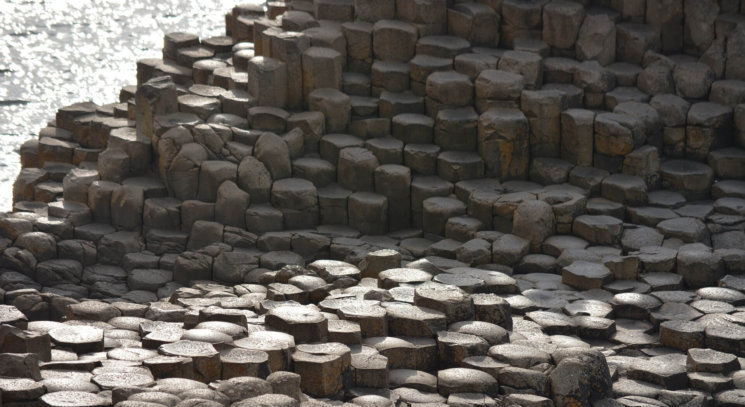 The Northern Ireland administration did not produce an agreed position on Brexit either before or after the referendum on UK membership of the EU. The subsequent prolonged lack of an Executive since early 2017 has made the challenge of reaching cross-party agreement on Brexit decidedly more difficult, and the result is Northern Ireland has no direct input to the ongoing Brexit process.

But Northern Ireland’s recent political past demonstrates that if the correct conditions and support structures are in place, it is possible to coax cross-party agreement on challenging political and constitutional questions, which can help to cement a fragile peace and stabilise the broader political environment.

On the issue of Brexit, the two Northern Ireland communities espouse different preferences. Unionists support the UK’s full exit from the EU while nationalists want some form of special arrangement for Northern Ireland. What unites both communities, however, is a shared desire for the land border between Northern Ireland and the Republic of Ireland to be as seamless and friction less as possible.

“An enhanced Northern Ireland voice articulating an agreed devolved government position [on Brexit] could see more effective and inclusive representation of the unique circumstances of Northern Ireland at Westminster.”

Basically, if the parties can agree on a ‘flexible and imaginative solution’ for how Northern Ireland’s situation can be accommodated, the strength and legitimacy of that position will be difficult for the UK and Irish governments, and the EU, to resist. The continued suspension of the Northern Ireland Executive, however, removes an important forum wherein both sides may be able to flesh out some sort of agreed position about how to avoid or minimise the imposition of a border on the island of Ireland.

Northern Ireland’s troubled past demonstrates that multi-party co-operation which produced cross-party consensus helped to create broadly satisfactory resolutions to various crises and challenges. The merits of the approach and process employed meant that all parties contributed to an inclusive process and all parties had a stake in advancing the agreed position. The likelihood of implementation was higher as the resulting agreement enjoyed broad legitimacy and support. In turn, this helped to stabilise a fragile peace process.

Reflecting on how the Belfast Agreement (1998), Hillsborough Agreement (2010) and Stormont House Agreement (2014), were achieved demonstrates that the process of agreeing those documents helped to stabilise Northern Ireland at politically precarious times. In all of these instances, various conditions and support structures were in place which helped to focus minds and forge agreement. This ensured that neither side won or lost, and that key nationalist and unionist principles were maintained according to the interpretation of each community

In contrast, when such conditions and support structures are missing, the consequences have been variously negative, often resulting in continuing stalemate, a breakdown in relations, further undermining of trust, sometimes the suspension of institutions and on occasion, worse.

Fostering conditions which are conducive to finding agreement on Brexit may free the UK government from the difficulties it currently faces in dealing with the Northern Ireland Brexit dilemma. So what conditions defined earlier periods of cross-party engagement?

Firstly, the key political players recognised the necessity for dialogue, and they demonstrated a readiness to engage, which was variously influenced by war weariness, shifting positions, or more evolved thinking.

Secondly, strong support from the British and Irish governments was paramount and based on an acute understanding of the complex difficulties and challenges facing the region.

Thirdly, discussions were mediated by an independent voice who played an enabling role in framing and facilitating dialogue and discussion.

Fourthly, an innate trust in the integrity of the process on the part of all those involved was crucial to producing a successful outcome.

Replicating these conditions is no easy task, but every political effort should be expended in coaxing the parties around the table. And that’s because Brexit is explicitly about the UK’s future outside the EU, but it is also about Northern Ireland’s economic and political well-being, and about possible future constitutional change.

In this context, the need for some form of cross-party and cross-community dialogue is imperative. It is also to the benefit of the Northern Ireland political parties to forward think, and to future-proof their interests, particularly when the UK’s constitutional future is unclear.

An imposed Brexit settlement for Northern Ireland, one which is not based on cross-party support, is highly undesirable and its implementation may be difficult and contested. It may open up deep disagreements about sensitive constitutional issues.

History and experience suggest that agreement on highly contentious and contested issues in Northern Ireland is possible. However, the inability of the Northern Ireland political parties to find some common agreement about how to meet the Brexit challenge, and the failure of the British government to strenuously support them in so doing, may be setting the scene for a difficult phase ahead, one which is marked by political tensions and ongoing disagreement not just in Brussels, but more seriously, in Northern Ireland too.