How will government change post-election? 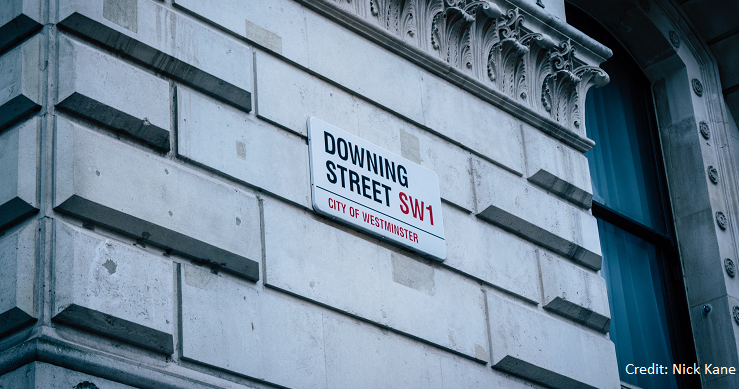 After every election there is a lot of focus on the reshuffle – the personnel changes as a prime minister creates their new team.

But civil servants will also be looking to see if it is not just their ministerial team who are reshuffled but whether they have been ‘mogged’ – the verb the Australians use for what we rather less dramatically call ‘subjected to a machinery of government change’.

If we read the manifestos, there is quite a lot of potential ‘mogging’ on offer.

The Labour Party would upgrade the Government Equalities Office into a full scale Department for Women and Equalities.

It’s not clear where or whether the CLG – communities and local government – go from the current MHCLG.

The Conservatives conversely propose no changes at the moment  – but that does not mean they are off the agenda.

At some point they will need to decide the fate of the Department for Exiting the EU that Theresa May created in 2017, and recent reports have suggested it may soon be scrapped if they get back in power.

Likewise, there seem to be signs they might make the Department for International Trade part of the FCO.

After all, it was what Boris Johnson thought in his tenure as foreign secretary – and what happens in Australia and Canada.

Machinery of government changes can be costly and disruptive

Despite the frequency with which departments get reorganised, there is no general theory of government machinery to guide incoming prime ministers.

But there are a number of studies which warn ministers not to undertake them lightly.

Not only are there the direct costs of upheaval and integration, but also real risks to productivity and focus as the new department beds down.

The costs and disruption depend critically on how big the change – moving a semi-detachable piece of a department to another one is less traumatic than creating a whole new department out of an assembly of pieces across Whitehall.

The big problem in that case is that the new department is starved of funds for basic running costs as the ‘donating’ departments transfer the minimum amount they can.

There are good – and bad – reasons for reorganising departments

Some changes may be essential to address a new task – Theresa May would no doubt argue that she had to create a new department to bring together the task of EU exit – but in retrospect creating a new department headed by a leading Brexiteer was a (predictable) recipe for tension.

But usually there are a number of motivations.

The first is to signal externally that an issue is a priority for the government.

That is the rationale for Labour to create a new equalities department – a higher status than being an office whose secretary of state is usually the most senior woman who did not vote against gay marriage.

The Liberal Democrats are also signalling their intent by creating a freestanding Climate Change department – though it is unclear whether that takes with it the energy responsibilities which sit with it in BEIS – and which were the original rationale for the creation of the Department of Energy and Climate Change in 2008.

The second is to signal a new approach.

That may be a change of focus – as in the proposed new housing department.

But Labour explains its renaming of the DWP is designed to herald a culture change from a department which “is more about harassment than a helping hand” to one that is “there to help and support people, not punish them”.

A concern to change departmental culture is also why the Home Office is targeted, not least to shake off the legacy of Windrush.

It may work if clear priorities have changed – but there will also be a price to pay in the short-run in terms of simple administrative efficiency.

In some cases, reorganisation is designed to internalise trade-offs and help produce new solutions.

The creation of DECC was designed to bring together energy (a major creator of greenhouse gas emissions) with climate change mitigation (adaptation stayed in Defra – the Department of Environment, food and Rural Affairs).

Putting climate change with natural resources raises new questions about what would stay in Defra – where before the synergy was seen between resources and agriculture.

There is debate within government whether this actually works – are big choices better made by a secretary of state in one department – or are they better made between departments?

Again there is no compelling evidence to guide a prime minister.

There is a further problem.

Bridging issues together into one ministerial brief can remove one border that gets in the way of a joined-up approach – but at risk of creating another one.

The problem of government is that few issues can be as hermetically compartmentalised as our departmental structures suggest – and it’s one reason why reorganisations are not the panacea prime ministers hope.

The worst reason is to pander to ministerial egos

The worst sort of reorganisation is one driven not by policy but by personality.

In 1997 the giant superdepartment of the Department of Environment, Transport and the Regions was created to give deputy prime minister John Prescott a big job.

Over time, it slimmed down as progressive bits were hived off – and left John Prescott eventually presiding over the Office of the Deputy Prime Minister.

When he left government, it became the much less grand sounding Department of Communities and Local Government.

And that is also why we cannot take for granted that the manifestos are the last word on machinery of government changes.

A new prime minister may find moving a piece in the departmental jigsaw is an essential move to keep a key player on board.

But research suggests that the changes that stick are the ones that are thought through and well planned in advance and meet a real policy need.

And that is a message every new prime minister should have top of mind.