How will the Nigel Farage factor affect this election? 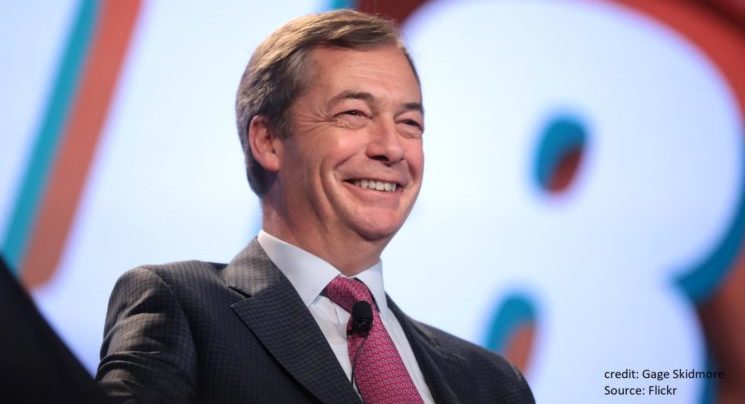 Nigel Farage claims his party can win over Labour voters that the Tories cannot reach.

Many in the Conservative Party, in contrast, reckon all he can do by standing in the election is to imperil Boris Johnson’s chances of winning – and thereby potentially put at risk the prospect of Brexit happening at all.

Who is right in this battle of the Brexiteers?

One thing is clear. The Brexit Party’s appeal is almost wholly confined to those who voted Leave in 2016.

This inability to reach beyond Leave voters puts the Brexit Party at a disadvantage compared with the Conservatives, who are able to claim the support of nearly one in five (18%) of those who voted Remain.

Even so, at the last election – as now – the Conservative vote consisted disproportionately of those who voted Leave.

For every Remain voter who backed the Tories there were between two and three Leave supporters who did so.

The balance for Labour was very different. The party secured the support of twice as many Remain supporters as it did Leave voters. 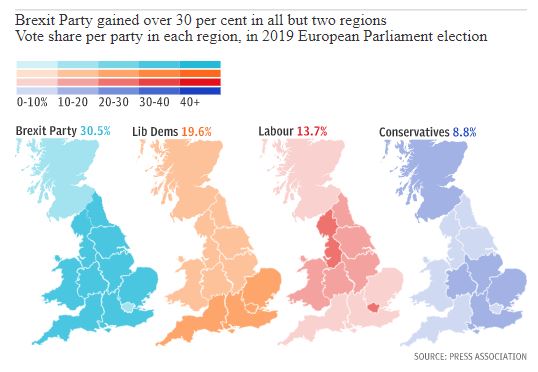 Because the Brexit Party only appeals to Leave voters, these different balances inevitably mean the Conservatives are at greater risk than Labour of losing votes to the Brexit Party.

Mr Farage would have to be very good indeed at winning over Labour Leave voters and very bad at securing the support of their Conservative counterparts for anything else to be the case.

According to recent polling by ICM and Opinium he is, in practice just slightly better at winning over Labour Leave voters than Conservative ones.

Approaching one in five of Labour Leavers (18%) say they will now vote for the Brexit Party, while Mr Farage is also winning over one in seven (14%) of those Leave voters who backed the Conservatives last time.

As a result, while Labour have lost just six per cent of all of its 2017 vote to Nigel Farage’s party, the Conservatives have lost as much as 10 per cent of theirs.

Of course, we cannot assume that, in the event that Nigel Farage did not contest the election, all Brexit Party supporters would necessarily back the party they supported in 2017.

However, it is highly unlikely that more of them would back Labour rather than the Conservatives. Meanwhile, it is far from clear that Mr Farage is unique in his ability to win over Labour Leave voters. 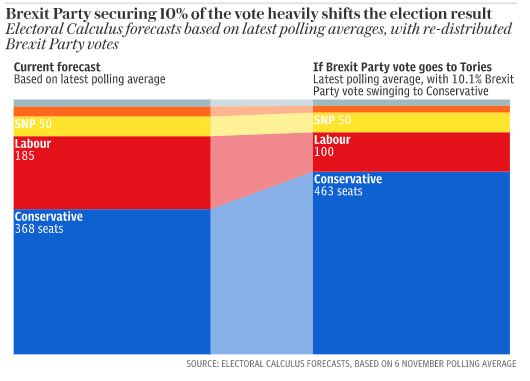 According to ICM and Opinium again, just as many Labour Leave voters have switched to the Conservatives (19%) as have moved to the Brexit Party (18%).

Against that backdrop, the claim that the Brexit Party can win over traditional Labour voters who would never contemplate voting Tory looks somewhat suspect.

Of course, traditional Labour voters are thought to be more common in the Midlands and the North of England.

Yet a regional breakdown of party support released by YouGov suggests that, with the exception of the North East, support for the Brexit Party is only marginally higher in the North of England than in the rest of the country – and no higher at all in the Midlands.

In short, there is little evidence to support the view that Mr Farage is damaging Labour more than the Conservatives – and plenty to the contrary.

Still, perhaps we should remember that not all Leave voters are the same.

Perhaps the Brexit Party is acquiring the support of those who, like Mr Farage, believe that Britain should be leaving the EU without a deal and who are reluctant to endorse the Prime Minister’s deal.

Of this there is some sign. According to YouGov, as many as 74 per cent of Brexit Party supporters think Britain should leave without a deal, whereas only 34 per cent of Conservatives hold that view.

It would seem that if Mr Johnson is to win over those Leave voters who are inclined to back Mr Farage he will have to persuade them that his deal really will represent a clean break with Brussels.

He might be helped in that endeavour by the fact that only 19 per cent of Brexit Party supporters blame him for the failure to meet his Oct 31 deadline.

However, Mr Johnson would be much happier if he did not have to prise them from Mr Farage’s grasp at all.

By Sir John Curtice, Senior Research Fellow at The UK in a Changing Europe and Professor of Politics at Strathclyde University. This piece originally featured in The Telegraph.