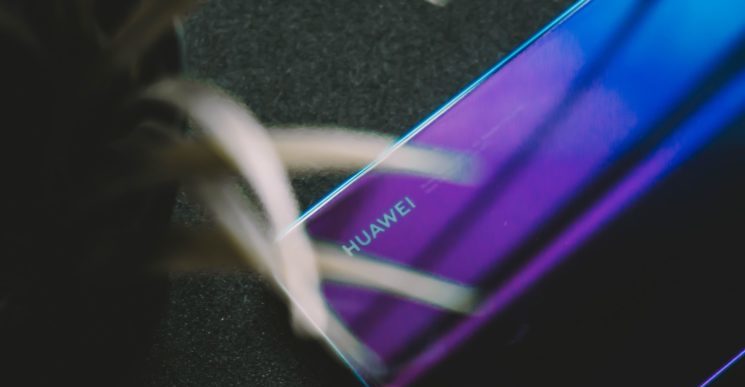 As a result of Brexit, the UK must re-evaluate and renegotiate its relationships with political and economic partners. While these negotiations might, on the surface, appear bi-lateral in nature they are anything but one-dimensional, and the UK instead finds itself set between the US and China.

The complexities of such a position, as well as the ramifications of any decision to lean towards one or the other, can be previewed in the decision to allow Huawei to play a role in the UK’s future telecoms infrastructure.

In making the decision, Boris Johnson has had to balance the country’s future economic interests with those of security. This is the tightrope act that apparently led to Gavin Williamson’s sacking, back in 2019, from the cabinet after leaking details about divisions at senior levels of government.

The decision is made even more complex by the mixing of known facts set in the present, and unknown risks or opportunities that are foreseen in the future.

In the here and now our historic allies in the Five Eyes treaty, the US and Australia, have been calling for a total ban on Huawei due to the risk that the Chinese government might – through this only – be able to infiltrate the UK’s intelligence infrastructure.

Remember, Huawei – like all Chinese tech companies – can be compelled to hand over its data to the government in Beijing if requested.

On the other you have China as a rising international power, growing in both economic and political might on the world stage, professing the company’s innocence while simultaneously hinting (and that’s putting it mildly) that this decision might impact future trade deals.

In the case of Huawei it appears that it is the promise of the future trade deals that has outweighed the security risks. Our security services have been set the challenge of mitigating a threat to our networks which is so severe that our allies are left doubting our sanity and considering limiting our access to future intelligence sharing.

The UK has found itself with limited options. The extreme lack of diversity in the 5G market creates a long-term risk of its own that cannot be discarded in this calculus, as currently Nokia, Ericsson, and Huawei are the only contenders.

With the US seeking to find (or create) a domestic supplier, or at least stick to trusted vendors, the UK has taken a risk mitigation strategy. This approach allows for the maintenance of goodwill with China, a route to a more diversified supplier list, and an open strategy of technical risk mitigation.

The hope will be that this decision and the transparency of thought behind it will be enough to appease both sides of the tug of war that the UK has found itself in the centre of. Huawei and China have already made positive noises, even given the 35% restriction of market share and the classification as ‘High Risk Vendor’.

The US on the other hand has doubled down on its critique of the Chinese company, issuing further criminal indictments and continuing to pressure countries that have yet to finalise their decision.

Germany is still yet to come to a final decision, and recent policy positions have again garnered significant push-back from the German intelligence community – with the divide between economic and security interests even more apparent than was the case in the UK.

This suggests that Boris Johnson, in the first round of walking the tightrope between two super-powers (who are, lest we forget, engaged in a trade war) might not have been as successful as he would have hoped.

American opinion towards putatively independent Chinese tech companies is not softening, and the Chinese government is steadfastly backing both these companies’ independence and their legitimate right to access global markets. Given this, China might be satisfied with how they can spin the UK’s decision on 5G to suit their global needs, but the US will not be.

The UK government is undeniably fully awake to the need to understand how China under Xi Jinping operates. But it has yet to demonstrate that it possesses a fully-formed strategy to ensure that it can benefit from China’s increasingly outward facing economic and investment policies, while managing the risks posed by China’s efforts to grow its soft power through these same tactics.

Future emerging technologies are in the pipeline that will represent a similar mixture of threats and opportunities while placing the UK between China and the US as parties able and interested in gaining the lion’s share of this lucrative market. Facial recognition, medical artificial intelligences, the first wave of devices to effectively leverage 5G infrastructure, and self-driving vehicles are all examples of these.

The Chinese state rail operator is now making its case for building the HS2 rail link, stating that it can built it faster and cheaper than any other competitor. And, as the US seeks to roll back China’s advantage in this space through investment and subsidies, these decisions are going to become increasingly political and the knife-edge that must be walked to continue to court both states will become all the more narrow.

All of this takes place within a broader context of increasing power politics between these two super-powers. The UK has positioned itself between these two, seeking to court favourable trade deals from both in a post-Brexit drive towards economic success.

In this first round China has undoubtedly come out on top, able to spin the UK’s acceptance of Huawei in a manner which increases the likelihood of further uptake in Europe and further afield.

The US, however, is less than satisfied. This sets a worrying precedent of decisions which favour China (and the known unknowns of its investments soft-power strategies) over the US (and the known knowns of our transatlantic relationship).