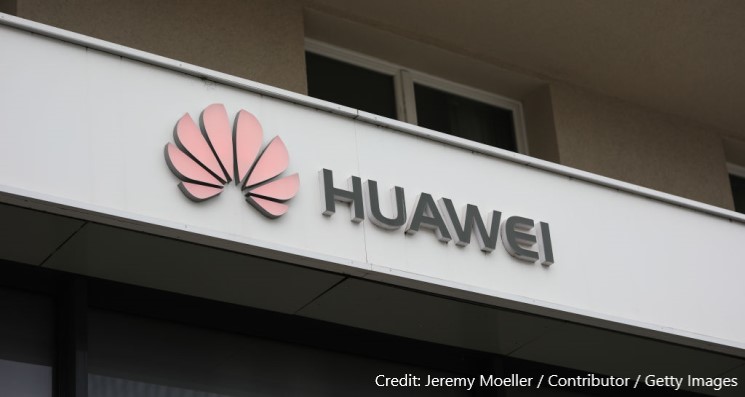 One of the selling points of the Conservative right’s Brexit strategy was that the UK would, once released from the shackles of European bureaucracy, be better placed to follow its own path in international affairs. Superficially, this was not an unreasonable narrative, but it always threatened to gloss over the complexity of inter-state relations.

The transatlantic spat over Chinese tech giant Huawei continues to demonstrate why no country – even a ‘swashbuckling’ entrepôt like Britain – can ever act in its own interests without meeting resistance.

In the ongoing Huawei dispute, the UK is being squeezed between the two global superpowers, China and the US, and it has very little room for manoeuvre.

The contours of the Huawei situation are well-known.

On one side is China, where Huawei is a national champion and a keystone of its technology export sector. UK telecoms companies had planned to use Huawei kit to build the national 5G network, delivering on government policy to roll out nationwide high-speed fixed and mobile broadband.

On the other side is the US, which views Huawei as a platform for Chinese cyberespionage and surveillance and as symbolic of China’s challenge to American economic and geopolitical pre-eminence.

Huawei says it would never submit to domestic legal requirements to provide foreign data to the Chinese state – nor is there evidence it has yet done so – but this has done little to assuage concerns that Huawei threatens American citizens and US national security.

Huawei’s ties to the Communist Party of China are alleged to be close and its corporate structures and practices are sometimes less than transparent.

The Chinese crackdown on Hong Kong, allegations of human rights violations in Xinjiang and doubts about its reporting of Covid-19 serve as convenient reminders of alleged Chinese mendacity, untrustworthiness and willingness to flout international laws and norms.

Between these poles are dozens of countries wanting to purchase 5G capabilities from China but which are uncertain about what this would mean for their relations with the US. The US has taken robust steps to bar Huawei from US networks and it wants its allies and partners to do the same.

EU states are struggling to make the ‘right’ decision on Huawei and there is little coherence on the issue. France has resisted a ban and Germany has yet to decide.

Smaller countries in central and eastern Europe are siding with the US for reasons of NATO protection. In contrast, Viktor Orbán has green-lit Huawei’s involvement in Hungary’s 5G.

In the background, the EU last week quietly nixed a transatlantic data-sharing arrangement with the US, citing concerns over US surveillance, with all its post-Snowden resonances. Does this portend greater EU pushback against the US on Huawei? Don’t bet on it – the US is making it hard for Europeans to ignore its demands.

In May the US Department of Commerce effectively barred Huawei from using US-derived components in its products, which it does via Taiwan. This measure is a practical one, as it disrupts Huawei’s supply chains and forces it to look elsewhere for components.

For the UK, which was confident it could manage the security aspects of Huawei products, this shifted the grounds for decision-making significantly. In January, the UK had resisted US calls for a total ban on Huawei, preferring to cap its market share at 35%; US sanctions killed off this plan.

A review by the UK’s National Cyber Security Centre concluded in July that ‘untrusted’ Chinese technology would now inevitably form a greater part of any Huawei 5G implementation.

Ministers were forced into a U-turn, therefore, on security grounds and committed to removing Huawei from UK 5G by 2027, despite this slowing down national 5G rollout and costing an extra £6.8bn.

This was the outcome the US wanted, not least as it suggested to other Europeans what to expect should they resist American pressure. If the special relationship provides the UK no exemption from US coercion, what can other Europeans expect in the way of leniency?

Only last week, US National Security Advisor Robert O’Brien toured European capitals putting forward the American perspective on Huawei; at the time of writing, Secretary of State Mike Pompeo is in London doing the same.

Huawei is not the only item on their agendas, of course, but it has become a useful way for the US to remind lesser countries where their allegiance should lie.

In essence, “you’re either with us, or against us. Be careful which you choose.” Uncomfortably for the UK, it is now being held up by the US as the example for other Europeans to follow.

The UK’s U-turn also pleased many of the government’s right-wing backbenchers. Mainly identified with the pro-Brexit European Research Group, they have adopted the Huawei issue as one way of keeping the Johnson government on a short leash should it drift from a pure Brexit.

However, some MPs remain strategically dissatisfied with the new policy and continue to demand an even earlier date for withdrawal.

The irony is that by promoting a pro-US vision of UK-China relations, the ERG demonstrates that pristine British sovereignty is an illusion: the UK government even told Huawei that it had capitulated to US demands.

This was hardly a ringing statement of independent decision-making, although it did shift blame to Washington and signal to Beijing that the issue was open to future re-evaluation.

For its part, China greeted the UK’s policy reversal with disdain, suggesting it would ‘come at a cost’. China’s UK ambassador goaded the government further: ‘Britain can only be Great Britain when it has an independent foreign policy rather than [when] you are just a junior partner of the United States.’

There is little evidence these barbs have pierced the hide of the British foreign policy establishment, but there will be self-reflective pockets of Whitehall that understand the mood music very well: the precarity of the British position is undeniable.

This situation is not entirely of the UK’s making, but it is its responsibility to navigate the diplomatic landscape in the national interest. It may not be possible to find a solution based on cooperation rather than conflict, so, in one sense, the UK needs to decide who it’s going to pick a fight with.

However, bullied by an erratic US, threatened by China, and alienated from some of its European neighbours, the UK cannot draw from a deep well of good will to support whatever course of action it chooses.

The middle-ground approach has worked up until now, but neither the US nor China looks content to accept such nuance from here on.