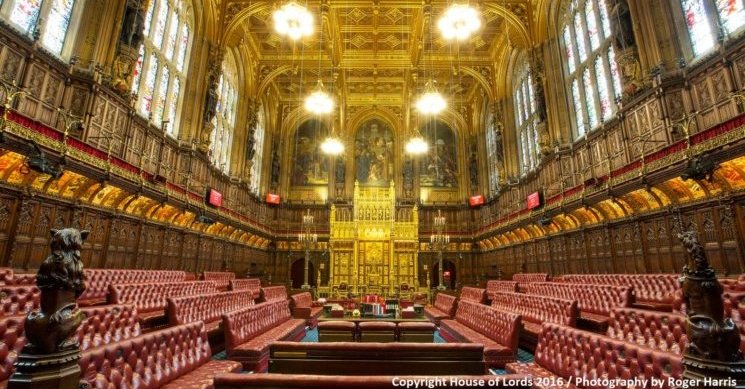 The EU (Withdrawal) Bill is due to enter the committee stage in the House of Lords today. During its debate, it is likely that the position of the EU’s Charter of Fundamental Rights and Freedoms (the ‘Charter’) will be debated. As the Bill currently stands, the Charter will no longer be part of domestic law on or after exit day.

This raises issues as to the extent to which its loss will remove rights, and remedies for protecting those rights which are currently enjoyed in the UK.

The purpose of this post is not to weigh up the merits of retaining the Charter. Rather, it explains the difficulties that may arise in removing the Charter while trying to keep some of its underlying principles which are already embedded within domestic law.

Clause 5(4) of the EU (Withdrawal) Bill states that the Charter ‘is not part of domestic law on or after exit day’. For those wishing to retain the Charter, the easiest solution would appear to be to simply remove this clause from the Bill. However, to do so risks further complication. First, it is not clear that all of the Charter would be kept by this simple solution.

Arguably only those parts of the Charter that have ‘direct effect’ would be retained, leaving a further area of uncertainty which could test the courts.

Second, the Charter only applies when the UK acts within the scope of EU law. Whilst this makes sense whilst the UK remains in the EU, this is no longer the case post Brexit. It is very hard to predict what the continued effect of the Charter would be in this context.

Third, if the Charter remains, what remedies should it give rise to? Should it, like other retained provisions of EU law, be capable of disapplying Acts of Parliament enacted prior to exit day which contradict Charter rights? However, if this is were to be the case, it would create a somewhat arbitrary basis for giving rights higher protection in some cases and weaker protection in others.

Fourth, there is a need to think through how the Charter rights should relate to current protections of human rights through the Human Rights Act 1998 and the common law. Finally, there is arguably a logical flaw in seeking to retain the Charter when its principles, values and development are all so closely tied to EU membership.

It would be more logical, in accepting that retained EU law is in fact now domestic law, to think how best to preserve elements of the Charter by creating similar rights in a domestic context, interpreted according to domestic law.

Is there a better solution?

Two possible solutions spring to mind. First, clause 5(4) could be modified so as to retain in domestic law those provisions of the Charter listed in a separate Schedule to the Bill. Second, the opportunity could be taken to revisit the Human Rights Act 1998, adding in new rights derived from the Charter, or to enact a new piece of legislation.

Given the crowded legislative timetable, the latter options are probably best left for after Brexit. Would the former help remedy the difficulties discussed above?

For this proposed modification to work, there would need to be a full human rights review, perhaps carried out by the Joint Committee on Human Rights after a broad consultation of interested parties and stakeholders, which would also include the devolved nations. This would ensure that the Charter rights retained in the UK were those suitable for replication in the UK.

This does not merely mean removing any references to the EU from the Charter. For example, when discussing Article 42 of the Charter, which provides a ‘right of access to documents of the institutions, bodies, offices and agencies of the European Union’ the solution would not just be to drop this Article from those that can be replicated in the UK, but to discuss whether a similar right should be created as regards UK institutions, bodies, offices and agencies.

In addition, this review of the Charter would have to discuss the appropriate remedy to be granted to Charter rights and how this should be integrated into current protections. It is important to recognise that there is no ‘one size fits all’ solution here.

The Charter distinguishes between rights and principles, for example. Principles are designed to be implemented by further legislative and executive actions, and the judiciary then use the Charter principles to interpret this legislation.

A rights audit would need to identify which provisions of the Charter should be adopted in UK law as rights and which as principles, and how these might then be applied and interpreted in domestic law.

Is it not just too complicated?

It is clear that there are no quick-fix solutions. However, this does not mean that it is impossible for these difficulties to be resolved. What is important, however, is to face these issues head-on, thinking through the need to ensure continuity and certainty post Brexit.

To simply remove Charter rights risks continuity. A full audit is needed to assess which rights and remedies could be lost post Brexit, with a full democratic discussion of whether or how to retain any of these in domestic law.

Merely removing clause 5(4) risks certainty, giving rise to confusion as to which rights are retained, what remedies are available, how the Charter can be conceived of as ‘retained’ and how this relates to other rights protections.

The choice of how to proceed is best made by Parliament after a full and fair reflection on what UK citizens stand to lose if the Charter is removed from UK law.