Hungarian election: for Viktor Orbán, Ukraine is close but the elections are closer 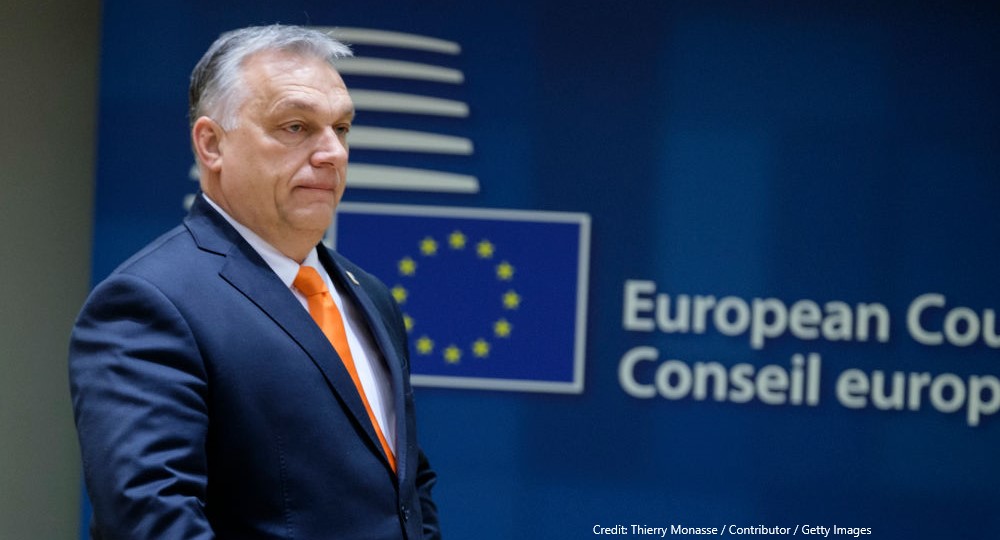 In one of his passionate appeals for foreign support, Ukraine’s President Zelensky included a sharp critique of Hungary’s ambiguous response to the war in his country. While Budapest has emphatically criticized the invasion, it has also vetoed some sanctions, prevented Hungary serving as a conduit for arms shipments, and continues to import large quantities of Russian oil and gas. In the weeks leading up to the Hungarian election, Zelensky addressed Hungary’s Prime Minister, Viktor Orbán, directly, saying “it is time to decide” whose side you are on. Orbán’s response was to offer another dollop of ambiguity, declaring “if the question is whose side do we stand on….we stand on the side of the Hungarians”.

Orbán’s strategic ambiguity has made him Hungary’s most successful politician since the fall of communism, but before 2010 he was a failure. He helped found the Fidesz party in 1988, but it then lost four of the first five parliamentary elections held after communism collapsed. Its partial victory, in 1998, made Orbán the prime minister of a shaky coalition that imploded through constant infighting, and he was thrown out of power in 2002. Fidesz’s appeal had, up to that point, been grounded in a youthful optimism, summed up by its electoral slogan “The future has begun” (“A jövő elkezdődött”).

To reclaim power in the next Hungarian election, Orbán realized that he needed to broaden his support by attracting those (usually older) Hungarian voters who were pessimistic about the country’s future: scarred by the economic and social transformation from communism; mass unemployment and cuts to pensions; a new, harsher work culture; a widening divide between rich and poor, and between the booming capital city, Budapest, and a neglected, declining countryside.

For these pessimists, the emergence of corruption, which had been largely hidden during the communist dictatorship, was only one manifestation of a larger moral crisis highlighted by demographic decline and the migration of many Hungarians to western Europe.

Orbán and the Fidesz leadership still retain an irrepressible optimism that they are the generation destined to lead the country, but they empathised with these frustrations and made them their own. They had, for example, mostly grown up in the countryside and felt a resentment towards Budapest’s liberal intelligencia who treated them as uncouth outsiders. Their own repeated electoral failures echoed the frustrations of the pessimistic voters. Those voters had initially gravitated to a range of right-wing rivals to Fidesz, notably the culturally conservative MDF (which had won the first free elections in 1990), the rural Smallholder Party (which had been part of Orbán’s first, ill-fated, governing coalition), the predominantly Catholic KDNP, and the ultra-radical and strongly Calvinist MIÉP, the creation of the brilliant writer István Csurka, which savaged liberal values in both Hungary and Western Europe as the product of a decadent, self-serving and conspiratorial clique.

For Orbán, the path back to power after the 2002 Hungarian election required Fidesz to hoover up these rival parties with an increasingly aggressive rhetoric that successfully framed Hungarian politics as a permanent contest between an unapologetically nationalist Right and the treasonous ‘Left-Liberals’. Orbán was helped by the incompetence of the socialist government that ran the country from 2002, whose first prime minister, Péter Medgyessy was exposed as a communist secret agent, while his successor, Ferenc Gyurcsány denounced his own government in a leaked secret speech.

Rioting on the streets, constant allegations of corruption, and a devastating economic recession swept Orbán back into power in 2010 with a two-thirds majority. Electoral success helped cement Orbán’s control of his party and his government; he also used the traditional politicization of the bureaucracy to hand out plum positions at all levels of government to both his old and his new supporters.

In addition, he adopted a series of ambiguous policies that could appeal to all of the factions within his governing coalition. He accuses his political opponents of being former communists, but also taps into the nostalgia for the stability, (‘order’) and predictability which existed during communism. He celebrates the fall of the communist dictatorship in 1989, and his own role in the process, while lambasting the way the ‘change of regime’ occurred.

Likewise, he praises the end of state socialism but denounces the ‘wild’ free market, and employs unorthodox economic policies such as subsidies, price controls and the occasional re-nationalization, all while promising that Hungary will soon surpass the EU average in GDP.

He also constantly emphasizes the importance of the Hungarian communities in the neighbouring states but distances himself from any calls to forcibly reincorporate them into Hungary, celebrates conservative and nationalist historical figures, but permits no official rehabilitation of the pre-1945 fascist movement, and emphasizes Hungary’s Christian identity but showers money on the country’s Jewish minority and is rock solid in his support for Israel.

Even Orbán’s own identity is deliberately ambiguous. He has permanently resided in Budapest since the 1980s, and enjoys his image as an experienced globe-trotting statesman, but he also plays up his love of his home village, and is unafraid of speaking with a pronounced rural accent.

It should, therefore, come as no surprise that Orbán’s foreign policy is also deeply ambiguous. On the one hand, he wants Hungary to stay in the EU, campaigned against Brexit, and welcomes funding from Brussels. At the same time, Orbán has repeatedly denounced the EU’s liberal values, rejects the idea of ever-closer integration, and has built close relations with the authoritarian states on Europe’s borders, notably Turkey, Belarus and, most controversially, Putin’s Russia.

Orbán knows that EU membership remains popular even among his own supporters, but he also values those voters who regard the EU as a threat to Hungary’s traditional values. Likewise, Orbán sensed that many of his supporters were outraged by Russia’s invasion of the Ukraine, and he immediately echoed their condemnation, but he also knows that a large chunk of the electorate value cheap energy imports from Russia and do not want to antagonize a Russian government whose troops would, if they conquered Ukraine, be on Hungary’s border.

In less than a week’s time, we will see the next Hungarian election unfold, and Orbán faces a tough challenge from a united opposition that is only a few points behind in the polls. He knows that he will only win the next Hungarian election if he keeps all of his supporters loyal. President Zelensky wants Hungary to choose which side it is on, but Orbán’s obsession is staying in power. For him, the traumatic first two decades after communism collapsed matter more than the unfolding horror in Ukraine.