If Labour struggles to support Ceta, what country could it do a trade deal with? 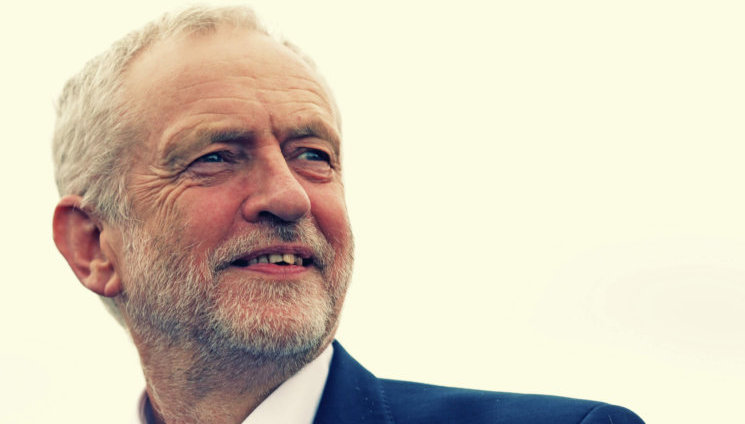 Does anyone have a job more pointless than Barry Gardiner, the shadow secretary of state for international trade? Labour’s headline Brexit policy is a continued membership of a customs union with the European Union. This precludes the sort of trade agreements Gardiner would wish to make and – his words – would render the UK a “vassal state”.

The incumbent, Liam Fox, is not in any position to boast. Chasing deals that are forbidden by government policy is currently part of the job description for heading the Department for International Trade.

Amid the hubbub of activity to enact Brexit, the Department for International Trade was the first in Whitehall to find time to fly the flag of St George in support of the England football team. Not surprising as, since June 2016, Fox’s activity has principally consisted of running the idea of future trade deals up various flagpoles.

After all we know, if the UK has a transition period after formally leaving the EU, there can be no meaningful discussions on trade with third countries until the start of 2021. So, there is little chance of significant trade deals of any kind before the next general election.

The paradox of this inaction is that competing visions of trade, for the first time since the repeal of the Corn Laws in 1846, are at the very centre of our politics. The Corn Laws ripped the Conservative Party in two.

Next week the Trade Bill – and amendments calling for customs union membership, tabled and backed by Conservative MPs – look set to cause enough of a tear in the Conservative Party that parliamentary defeat is possible.

And, as the Brexit debates move beyond the broad picture of withdrawal to the nitty gritty of the future, and the specific regional and sectoral implications of Brexit, the politics of trade will only get more important.

Conservative division – perhaps rightly, given they’re the party in government – has disguised a fundamental disagreement within Labour over trade policy. Many of the internal debates within Labour about Brexit are about competing electoral rationales: balancing electoral concerns in old electoral heartlands, with the fact that the vast majority of Labour voters, members and MPs regret Brexit and support a soft form of it.

But discord within Labour over trade is deeply felt. Put simply, the split is between two competing visions of trade. On the one hand are advocates of free trade liberalism, which veer towards support for expansive trade agreements. On the other are proponents of a trade policy that argues for a rebalancing of trade. If not protectionist, it certainly puts protecting workers right at its core.

Clearly, the Labour Party leadership is on the protective and protectionist side of this debate. This sees trade policy as a fundamental counter to neo-liberalism. As Tony Benn put it in the 1970s, trade policy offers “the only scope for popular influence to be bought to bear on the political and economic power of business”. Within a Labour leadership generally agnostic to the European Union, this is close as you get to an article of faith.

This divide was exposed when the House of Commons debated the ratification of Ceta, the EU’s new trade deal with Canada. The parliamentary party split three ways – with MPs ignoring the party whip to both support and oppose the deal. The Labour Party’s official position, ultimately, was to abstain.

Labour’s current grouping in the European Parliament, the Socialists & Democrats, officially supported Ceta. But only half of Labour’s MEPs supported it while Labour’s “new” sister parties – Podemos in Spain, Syriza and Die Linke in Germany – opposed it. All see the EU as fundamentally incapable at present of delivering a trade policy that is as robust on rights for workers as it is on rights for businesses.

However, a key problem is that it is not clear, in practical terms, is where Labour would depart from the EU and the government on trade. The 2017 Labour manifesto promised an international trade white paper. Firm proposals on trade have yet to appear.

It promises to be part of the World Trade Organisation’s Government Procurement Agreement, which opens up government contracts to bids from outside the UK. The EU is a member, and the government’s Trade Bill is calling for the UK to retain membership.

The manifesto promised protection of workers’ rights and environmental standards. The agreement with Canada does both. When opposing the government’s position on Ceta, Gardiner was left gasping for air at the dispatch box – and focused relentlessly on questioning the process of ratifying Ceta, rather than opposition to specific aspects of the agreement.

The Labour party’s position on Ceta poses a key question: if Labour cannot support a trade deal with Canada, which country could we do a deal with? And it also leads to something even more immediate and fundamental: if this is the Labour leadership’s trade position, how robust is its support for a customs union with the EU? A customs union that would mean more deals like Ceta – but with less say for Britain than it has today.

By Alan Wager, research associate at The UK in a Changing Europe. This piece originally featured in the New Statesman.