If Theresa May’s Brexit deal fails to change much, how much will voters actually care? 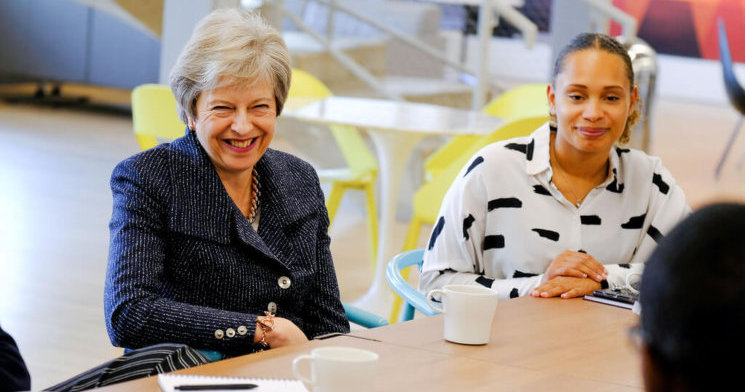 Tony Blair once reflected that ‘the single hardest thing for a practising politician to understand is that most people, most of the time, don’t give politics a first thought all day long. Or, if they do, it is with a sigh or harrumph or a raising of the eyebrows’.

Brexit, despite the best efforts of Blair himself, is no exception. Amid furious claim and counter-claim, most just don’t believe the hype. Rather than hard or soft, a no deal or a Chequers deal, we have lots of evidence that voters expect there to be a Boring Brexit. They just don’t think that their day-to-day lives will be affected much either way.

There are lots of reasons for this. Inflated pre-referendum forecasts overplayed the short-term impact of a vote to Leave, if not the overall trajectory of the economy since.

The Brexit conversation is conducted through the opaque terminology of backstops and meaningful votes. The continuous noise around Brexit eventually settles as an irritating fog.

Take one example: the level of direct foreign investment (FDI) into the UK from outside the EU. If there is less capital investment from abroad, there will probably be fewer jobs in the economy.

When Ipsos Mori and the Policy Institute at King’s College London asked the public what they expected to happen to foreign investment over the next five years, most shrugged and raised their eyebrows.

The most common answer was a third of people saying things wouldn’t change either way. This was followed by 28 per cent thinking that investment would see a slight uptick. Even among those who would definitely vote to Remain, stability was seen as the most likely outcome. In short, plus ça change.

At The UK in a Changing Europe, we asked our expert Brexit Policy Panel the same question. Over 70 per cent expect direct foreign investment from outside the EU to fall in the next five years. And there are already signs that their pessimism is well-founded. The UK Trade Policy Observatory calculates that FDI has already fallen by 19 per cent as a result of the Brexit vote. 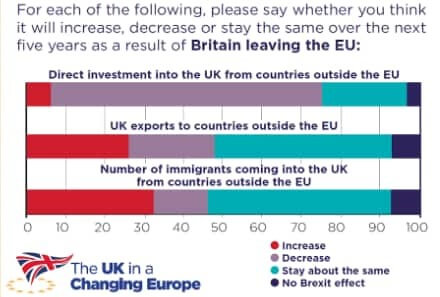 Of course, the intricacies of trade and economics can easily be lost. The issues of the NHS and immigration have a lot more cut-through. And some 71 per cent of experts expect the NHS to suffer some short-term Brexit-related pressure.

Yet, again, voters just don’t believe it. A majority of the public – 58 per cent – think things will improve or stay much the same in the NHS as a result of Brexit. Forty-six per cent of Labour voters believe the health service will take a Brexit hit. But an equal number are either sceptical Brexit will have an effect or think leaving the EU could improve the NHS. Try telling that to the British Medical Association.

There have been repeated warnings that a no deal would lead to the disruption of the supply chains needed for the pharmaceutical industry to function. Yet just one in three voters expect medical supply shortages in the event of no deal.

One thing most people do agree on is that the politics of immigration were crucial in the referendum campaign. But when it comes to what Brexit might mean for immigration policy, there is a great deal more uncertainty.

All of this may speak to a public belief not in the ineffectiveness of British politicians, but rather in the incapacity of Westminster politics to find a way to muddle through in times of crisis. Scepticism about change can also mean trust in stability.

The big question, if politicians do not appear to be able to deliver and agree on any Brexit outcome, is whether the public will sit up and take notice.

By Dr Alan Wager, research associate from The UK in a Changing Europe. This piece originally featured in the Telegraph.