If you want Britain to leave the EU, these numbers should worry you 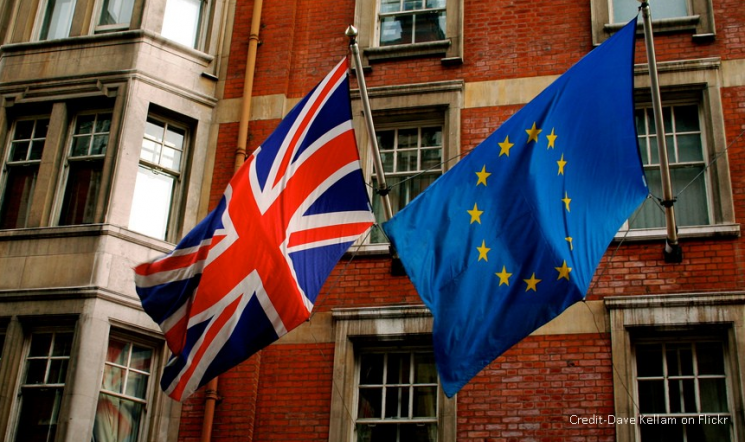 EU referendum polls appear to have narrowed in the last few months, but the Outers are still very far behind where they need to be.

Look at the polls and you may conclude that this time next year Britain could have voted itself out of the European Union. Since the middle of November some have claimed that the referendum race has tightened considerably and that it is the Leave camp that now has momentum. Pointing to the poll of polls, they argue that support for Remain is down by three points to 51 per cent, while support for Leave has increased by three points to 49 per cent. Things are looking good, say the Outers; they are beginning to push ahead.

A few individual polls have also given Eurosceptics cause for celebration. Earlier this month an unusually large survey of 10,000 citizens by Survation gave Leave a 42-40 lead, with the remainder undecided. Ukip’s leader Nigel Farage promptly claimed that “the tide has turned” and that Leave is finally holding the upper hand. Another mammoth poll by Lord Ashcroft, based on 20,000 respondents, suggested that while 38 per cent of people identified with Remain, 47 per cent aligned themselves with Leave. Even though respondents were not asked the actual referendum question, the headline stats further boosted the hopes of Outers.

But such headlines disguise some big problems for Leave – ones they would do well to contemplate over the festive break. 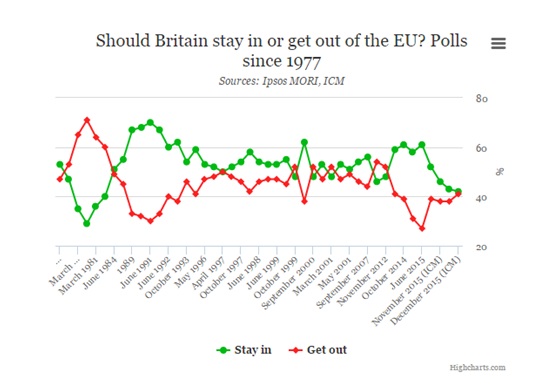 First, contrary to popular claims, there is actually not that much evidence that the race has tightened as much as some are claiming. As John Curtice notes, when you look across all of the polls that have been undertaken since the ballot question was finalised, there is not much convincing evidence of a decisive shift to Leave. In November the Remain camp’s lead may well have been cut town to just two points, but in the current December tracker it is back up to ten points. This is not exactly a turn of events.

Second, the polling companies that have so far tended to put Leave ahead have also been the usual suspects. Of the 38 polls that have been collected since the beginning of September, only seven have put Leave ahead. Of these four were by YouGov and three by Survation. This is not a criticism but these are also two companies that analysis has shown tend to produce more support for Leave.

Moreover, there are sharp differences between online and telephone polls. When one looks only at telephone polls then it is Remain who hold a very comfortable lead of between 24 and 28 points. The problem for campaigners is figuring out which of these methods – online or phone – is correct, because they are currently producing wildly different outcomes. Still, the central point remains: despite all of the hype, there is not really much evidence at all that Leave is pushing ahead.

This brings us to a more fundamental problem for Leave – the wider climate. When it comes to referendums we know from research that as polling day nears voters tend to (though not always) become less supportive of the change option. You can see the beginning of this trend in data on the EU referendum race. When Lord Ashcroft probed perceptions of risk, he found that 53 per cent felt that the biggest risk lay with leaving the EU.

Outers will argue that these were fairly evenly matched by the other 47 per cent who felt that the bigger risk was staying in the EU, but they miss a crucial point. Among the undecided, those who will decide this race, a striking 61 per cent saw Leave as the bigger risk. This is why, in my view, Leave must establish a convincing lead ahead of the short campaign if it is to hold off against a gradual erosion of its support and stand a chance of victory.

And if it is true that the polls have not tightened as much as some claim, and Leave is behind Remain, perhaps by a wide margin, then an awkward question arrives: will Leave ever establish a commanding lead?

Just think for a second about all that has happened. Unemployment rates across the Eurozone have remained stubbornly fixed at above 10 per cent. A major refugee crisis has erupted inside the borders of the EU. The Paris attacks will, for many voters, have underscored an association between refugees and threats to security. Then there are the record high levels of net migration into Britain, accompanied by record high levels of public concern over immigration. And there is lots of research which shows how these identity concerns should be fueling support for Leave. Not to mention David Cameron’s renegotiation that has been presented widely as a damp squib.

Put all of these things together and you may well argue that it is the Leave side that should hold a commanding lead. Only they don’t. They are behind. That means that something, somewhere, is going wrong. And as we may soon find out when the date for the referendum is set, the Leave camp might not have that long to try and fix it.

This article by Professor Matthew Goodwin, senior fellow The UK in a Changing Europe originally appeared in The Telegraph