Ignoring ‘social Europe’ during renegotiations could be costly for David Cameron 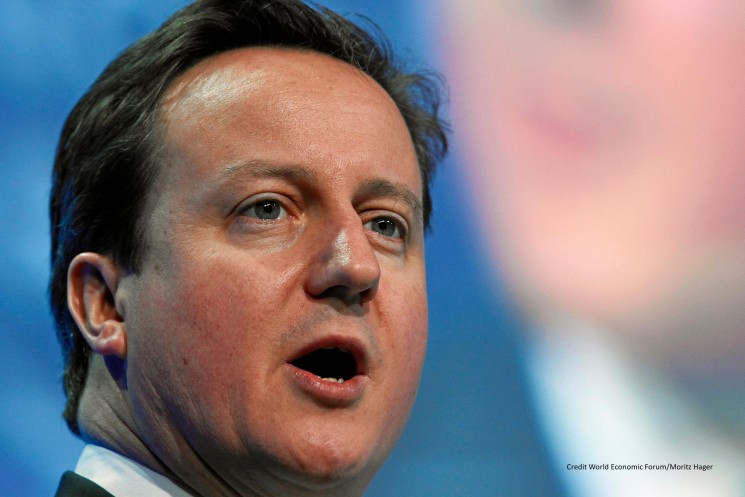 The Conservative Government is currently renegotiating the terms of UK membership of the EU prior to the proposed referendum.

The aim is to secure a better deal for Britain, but its inability to exploit potential UK concessions for EU employment and social policy is a missed opportunity to bolster support for a ‘yes ‘ vote.

The 1992 Maastricht Treaty negotiations aimed to deepen European integration, but Britain was able to secure several policy opt-outs in monetary union, and social and employment policy.

On the latter it was decided that the then 11 other member states could create policy in ‘social Europe’ without it affecting the UK.

By the mid-1990s very little had been achieved because such policy proved notoriously difficult to agree upon.

Employment and social policies within the EU display significant variation and what is acceptable to northern European members is often unacceptable for southern members, and vice versa.

To resolve the deadlock a new flexible form of governance that promoted the coordination of welfare policy, rather than its harmonisation via legally binding directives, was introduced during the 1997 Amsterdam Treaty changes.

Policy objectives were set at EU level in the area of employment, such as a target to achieve an employment rate of 70 per cent by 2010, with Brussels providing a supporting role for their achievement.

To monitor progress member states produce annual reports and in areas of weakness the Commission and the European Council issue country-specific recommendations.

There is, however, nothing that can be done if the member states do not reach the targets, fail to respond to recommendations, or refuse to fully engage, as the governance process relies on goodwill.

Following the landslide victory of the Labour Party in 1997, Tony Blair opted the UK back into EU employment and social policy. Blair was driven by his more pro-European attitude, as well as the calculation that the few directives in the field were compatible with UK policy.

Furthermore, the shift to the new flexible form of governance, which eventually became known as the Open Method of Coordination, was considered to pose little threat to British sovereignty.

Over the next 15 years the EU set a number of targets for social Europe under its reform strategies of the Lisbon Agenda and Europe 2020.  Such targets covered employment, education and training, pensions, healthcare, and poverty and social exclusion. At no point did any of the EU’s Treaty reforms (Nice, Lisbon) expand its competence beyond this flexible form of governance.

In short, the EU has little in the way of formal competence in social Europe: its main focus is on voluntary coordination. Nor is the EU likely to develop a more substantive employment and social policy in the future.

Successive rounds of enlargement have made the EU more diverse and this makes agreements on directives near impossible, as shown here. Only a handful of directives cover social Europe, although some of them, such as the Working Time Directive (WTD), are controversial in British politics and have attracted disproportionate attention.

Those on the right argue that EU employment and social policy symbolises everything that is wrong with Brussels – that it produces unnecessary regulation thereby creating additional costs for business and hindering economic growth.

They point to the WTD as the perfect example of this problem: it places a limit on the number of hours that an employee can work (an average of 48 hours per week over a six month period). But as with most debates in the UK regarding the EU, there is a gap between the rhetoric and the reality.

If an employee decides to work longer than the 48-hour average, the directive enables an individual to ‘opt-out’ of the limit.

Not helping such misunderstandings were two ECJ rulings regarding on-call time (2000) and compensatory rest periods (2002), which had significant consequences for the NHS.

A consequence there has been significant reorganisation of working practices in UK healthcare even though the UK could have used the opt-out, as is done in other EU healthcare systems.

Given the gap between the UK’s rhetoric and the reality of social Europe, there is sufficient room for manoeuvre on both sides during renegotiations.

The EU has previously demonstrated that it can be flexible and accommodating to UK interests in this area, and there is no reason why it cannot do the same in the future.

If David Cameron could secure a deal in which the UK was exempt from policy emanating from social Europe (or at the very least, exempt from future integration), he would secure a symbolic victory in the eyes of his party and those who favour ‘less Brussels’. From the perspective of the other 27 EU member states, they would have to concede very little.

Instead Cameron is ignoring the issue, despite it having strong support from the grass roots of his party.

He has chosen to put EU migrants and their ability to claim benefits at the centre of his renegotiation strategy. Such a policy conflicts with various aspects of the EU Treaty (such as free movement and equal treatment) and European leaders have said there can be no Treaty change before 2017.

Cameron’s current strategy increases the chances of him being left empty handed after the renegotiations, but if he picked a fight with social Europe, he would more likely succeed in a deal that he can sell to the electorate.