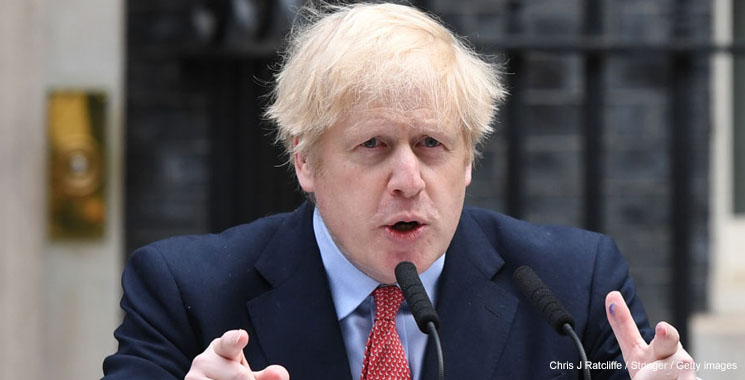 Boris Johnson’s recent bout of coronavirus, as well as Kim Jong Un’s prolonged absence from public view, raised concerns about who is in charge of government, and the control of nuclear weapons, during a leader’s illness.

Having written extensively on the role of illness and decision-making in leadership, I have learned that illness in leadership is neither rare nor insignificant in its impact. However, the extent of any impairment is typically largely hidden from public view.

Clear lines of succession as well as careful monitoring of performance during and after recovery are essential to ensure the best possible stability and functioning of the government when a leader becomes impaired.

There are several sets of interconnected problems that can afflict powerful leaders, some more obvious than others.

But leaders tend to like to hide the severity of any impairment from the public, fearing it will make them appear weak, inspiring a lack of confidence on the part of the public, or encouraging opponents to make a play for power.

Clear physical illness like the coronavirus provide the clearest illustration of impairment, and can be hard to hide, especially if a leader has to be hospitalized – but other physical illnesses may lurk under the radar, such as a cancer diagnosis.

Such illnesses can still exert negative effects, particularly if the treatment or medication for the condition induce fatigue or mental fogginess.

Other forms of illness might not be so clear cut. For example, any form of mental illness, from addiction to personality disorders, may be difficult to diagnose, much less prove from a distance.

Such conditions can worsen with the kind of stress under which leaders typically operate. Furthermore, many conditions typically associated with ageing, including cardiovascular disease, may not cause constant impairment, but can still hinder performance in predictable ways.

Importantly, prescription medication for various conditions can drastically affect cognitive performance as well. One of the most famous cases of this involved Prime Minister Anthony Eden’s addiction to prescription painkillers during the Suez crisis, and his subsequent resignation.

One of the interesting things about illness, particularly mental illness, is that those who are afflicted are often unaware of the extent of their impairment. Institutional mechanisms for the removal of such leaders are essential to maintain proper government function.

For example, in the United States, the 25th amendment allows for the removal of an impaired leaders under particular conditions. However, in many cases, removal depends on the action of decision-makers who are loath to lose the power that comes from having their leader at the helm.

Compromised leaders tend to display a particular set of responses that impair their ability to make good decisions that benefit the public at large.

In particular, leaders who are ill focus much more on themselves and their own physical and psychological state than on their external work and tasks. This means they put less time and attention into the affairs of state and more into their own condition and recovery.

President Woodrow Wilson offers a classic example. After spending years fighting with Congress over his beloved League of Nations, even going on a cross-country train trip to sell his ideas to the public, his stroke prevented him from being able to pay attention to implementing it at the end of the First World War.

Second, compromised leaders come to have a foreshortened sense of the future, focusing much more on issues and topics that are near to hand and not so much on the kind of future planning that is often essential for preventing or ameliorating bad outcomes.

In Iran, this lead to the collapse of the Shah’s regime when his cancer diagnosis forced him to speed up his reforms in ways he knew risked the antagonism of the religious leaders, who indeed overthrew him in 1979.

Third, ill leaders simply have lessened capacity as a result of their illness or condition, meaning there is literally less energy and often less cognitive capacity to deal with the tasks at hand.

Many leaders show elements of this when they suffer from mental or physical illness, perhaps none more dramatically than Ronald Reagan after being shot in an assassination attempt, when most of the work of government was taken over by his subordinates, leading to the Iran-Contra scandal.

At the time, most of the public remained almost completely unaware of the severity of his impairment. Sometimes competent deputies can help overcome, or hide, this challenge but this only works when deputies are qualified and leaders are willing to delegate important tasks to them.

Fourth, leaders’ notions of what is important often shift in the wake of personal illness. Sometimes this works for the public good, as when Franklin Roosevelt’s experience with polio inspired him to undertake broad social welfare programs. But this is not always the case, especially when a leader’s focus remains on himself.

Finally, ill leaders typically display tremendous emotional volatility: their experience with illness or their fear of death can precipitate depression or cause sleep disturbance which cause their own downstream effects on cognition and decision making.

There are many examples of this, but Richard Nixon provides a clear illustration of how the combined effects of alcohol and mental illness produced criminal behavior that eventually led to his resignation on the verge of impeachment.

Sometimes illness can inspire a leader to show great compassion and shift public attention and discourse toward greater attention to public health and social welfare.

But more often than not, illness makes leaders more self-focused and less capable in undertaking their public roles. Because of this, clear rules for removal and clear lines of succession remain essential to preserve democratic functioning under conditions of leader illness.

By Rose McDermott, David and Mariana Fisher University professor of International Relations at Brown University and a fellow in the American Academy of Arts and Sciences.