Immigration after Brexit one year on: changing places? 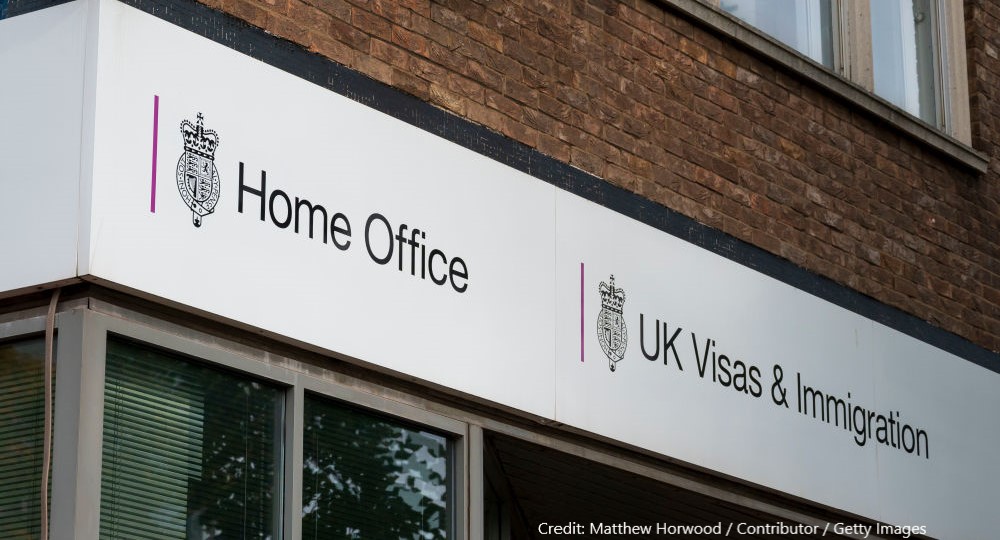 On 1 January 2021, the biggest changes to the UK’s immigration system in at least four decades took effect. Free movement between the UK and the EU ended (as well as with EEA member states and Switzerland) and a new post-Brexit system was introduced for work-related migration; this new system applies to both EU and non-EU citizens. Meanwhile, the existing immigration rules for students and family members coming from outside the EU now apply to EU citizens after Brexit.

There are two major exceptions: EU citizens who were living here before January 2021 and have registered for the EU Settlement Scheme have most of their existing rights protected, while the status of Irish citizens is essentially unchanged.

As I describe here in a more detailed assessment of the changes:

‘The new system represents a very significant tightening of controls on EU migration compared to free movement. However, compared to the current system, the new proposals represent a considerable liberalization for non-EU migrants, with lower salary and skill thresholds, and no overall cap on numbers.’

We now have a full year’s worth of data on the operation of the new system. So, what have we learned about immigration after Brexit?  Here are five key points.

First, the new system works; that is to say, visas are being processed reasonably quickly, and there are no major complaints about long delays, unreasonable denials of visas, or malfunctioning or unusable IT systems.

Given the magnitude of the changes described above, being made in the middle of a pandemic – and the past record of the Home Office in delivering major IT or change projects – this is both impressive and surprising. My expectations were considerably more pessimistic, and I’m glad to say I was wrong.

Second, work-related migration has recovered strongly. As with the broader economy – where worries about persistent long-term unemployment have been replaced with concern about skill and labour shortages – as yet there’s no evidence that the pandemic has had any permanent negative impact on immigration. And the liberalisation of policy towards non-EU citizens is already evident. The introduction of the new Health and Care Visa (HCV) has had a big impact, with about 65,000 such visas issued in 2021. 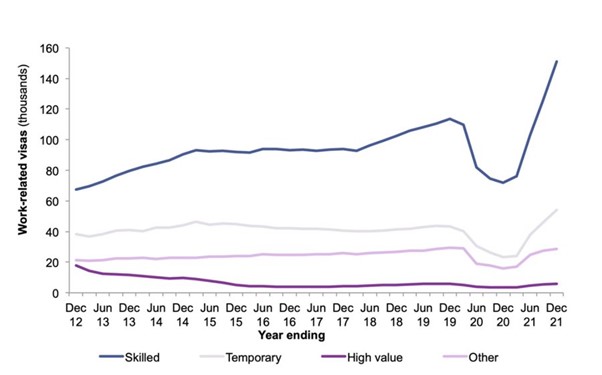 Third, the figures are even more dramatic for students. Student visa numbers have soared to above 400,000. Theresa May and Nick Timothy, based on data they knew to be misleading, were determined to use the pretext of abuse of the student visa route (which certainly existed, but on nothing like the scale of their baseless claims) to choke off the ability of international students to come to the UK; the collateral damage to the UK economy wasn’t their problem.

Ten years on, that approach has been definitively binned. From my perspective, particularly welcome is the introduction of the Graduate Route – effectively the reintroduction of the Post-Study Work Route, which Treasury colleagues and I devised in the early 2000s, and which allows international students graduating from UK universities to remain here for up to two years and work. It’s only been operating for six months; so far about 12,500 visas have been issued but expect the numbers to grow. 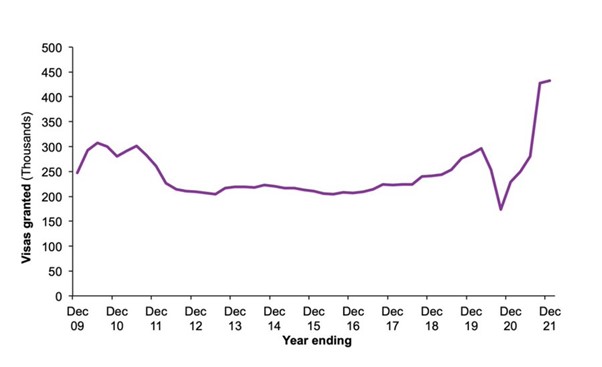 Fourth, these increases are not primarily driven by the fact that EU citizens now have to apply for visas. They only make up a bit more than one in 10 of work visas, and five per cent of student visas.

In part, this may be because many EU citizens coming here had already acquired settled status based on a past period of residence here, and some of those intending to move here in 2021 would have tried to get here in 2020, so as to be eligible for settled status. The proportion of work and study visas going to EU citizens will certainly rise in the future – but how far remains a big unknown.

Finally: if it’s not EU citizens, where are these increases in immigration coming from after Brexit?

For students, while China remains the largest single source country, the scale of the increases in those coming from India, Nigeria and Pakistan is very large indeed: 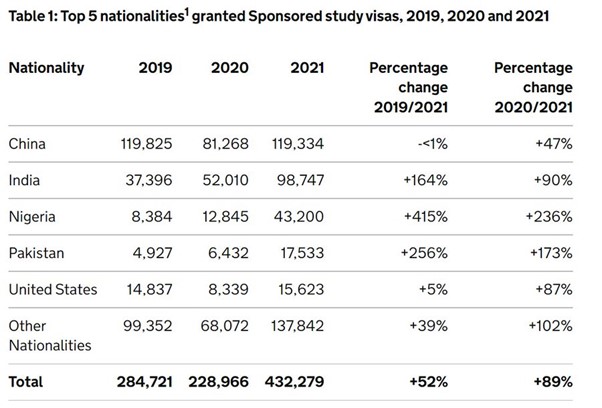 There’s a lot more in the data. I haven’t discussed asylum, where applications are now at their highest level since 2003, and the backlog of unprocessed applications has now exceeded 100,000: an inexcusable act of what (given reasonably speedy performance elsewhere in the system) appears to be deliberate cruelty. Nor the new ‘BN(O)’ visa route for Hong Kong residents with British Overseas citizenship, where more than 100,000 applications have now been received. Nor the special routes for HGV drivers and so on, which have been widely derided and the impact of which appears to have been minimal.

But the current picture appears to be a UK immigration system rapidly (re)-orientating from Europe to the rest of the world, especially South and South-East Asia. How will that affect the UK labour market, and indeed UK economy and society more broadly? This is likely to be a central focus of the debate on the impact on immigration after Brexit over the years to come.