Immigration and Brexit: myths and realities 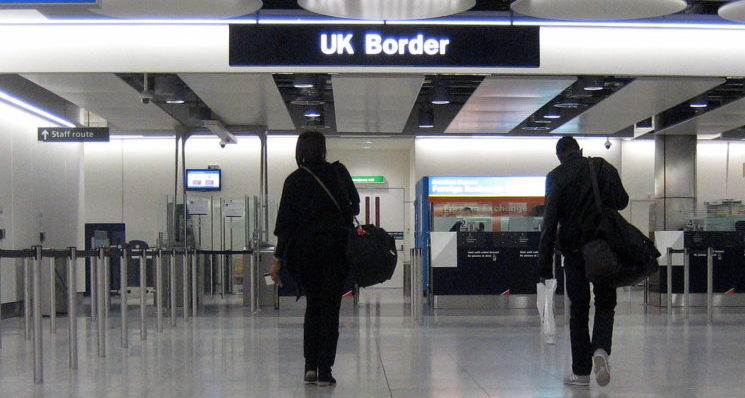 Over the next two years EU migration is likely to fall, for several reasons:

Combined with likely falls in non-EU migration as well, immigration might fall faster than anyone expects.

It appears certain that we will move to a system where the UK government sets out some criteria (skills, occupations, salaries, numerical limits etc) for work-related migration from the EEA, as it does at present for non-EEA migration. Such a system could be described as an ‘Australian-style’ system, since this is what Australia (like many other countries) does; it could also be described as a work permit system, since those who qualify receive permission to work here.  This debate tells us essentially nothing about what the overall system will look like post-Brexit.  In fact, there are two key choices:

Immigration control (of EEA nationals) does not (mostly) mean border control. It does not seem likely that we would restrict EEA nationals’ right to enter the UK without a visa. A fully fledged visa regime for EEA nationals would be hugely disruptive to trade, travel and tourism – even leaving aside the obvious point that this would mean UK nationals would require visas to travel to continental Europe. And it would mean that they were treated worse than, for example, Americans or Australians, who do not need a visa to enter the UK.

So EEA nationals (like UK nationals) already have their passports checked at entry and this will continue; equally, they are only denied entry in rare circumstances.   This means that control over how many and which EEA nationals are allowed to work in the UK will not, in practice, be applied at the border in the vast majority of cases. As with other non-visa nationals, like Americans or Australians, it will be applied in the workplace; employers will have to verify that EEA nationals are entitled to work in the UK, just as they currently do for non-EEA nationals. Talking about ‘border controls’ for EEA nationals or reintroducing ‘controls’ over ‘who enters the country’ misses the point almost entirely.

It follows from 3 that this is a non sequitur. Why would someone who plans to work illegally in the UK go via Dublin when she can simply fly to Stansted? There will be issues relating to people coming via Ireland (third country nationals, as now, and security concerns) but we won’t be controlling migration on the Irish border.  The need for control on movements of goods (assuming we leave the Customs Union) is a much more difficult issue.

It is often claimed that if the UK could impose restrictions on migration from the EU, the impact would be to reduce migration for unskilled and/or low paid work, while having no impact on skilled migration; possibly even allowing an increase. This ignores the nature both of migration systems and outcomes. No system can select perfectly, or even close to it. The view that we can devise an immigration system that allows in those, and only those ‘immigrants that have the skills we need’ is fantasy.

Moreover, it also ignores the fact that migration is not just a matter of the UK choosing migrants; migrants have to choose us. Even if we wish to remain open to skilled migrants from elsewhere in the EU post-Brexit, they may not choose to come here (or remain here). Almost any system will increase in bureaucracy and reduce the rights of those who come; including those of their spouses to work and study, of their children to citizenship, access to the NHS and so on. And beyond this are the wider psychological and attitudinal consequences of Brexit. Skilled migration will fall – maybe by a lot.

The government has already said it doesn’t intend to use Brexit to make any significant reductions in the protections or rights of British workers. But ending free movement will definitely result in a large increase in the regulatory burden on business. This follows from 3; employers will be at the sharp end of enforcing an end to free movement of workers.  They will have to check the rights of EU citizens to work, just as they do now for non-EU citizens. This won’t be easy – most of the 3 million already here will be given some sort of permanent residence rights, while there will be a new system for new arrivals; itself a new burden.  Almost certainly there will be a significant increase in illegal working, and the Home Office will need to devote more resources to enforcement, resulting in further burdens.  When it comes to immigration, “taking back control” means expanding the size and role of the state.