Does migration cause extreme voting? 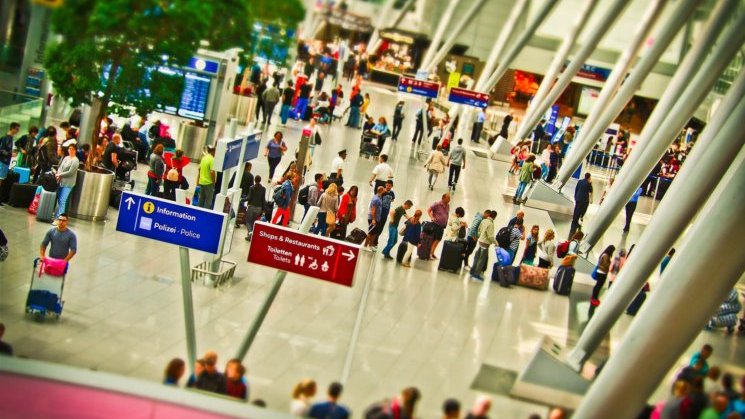 Immigration is at the heart of the UK’s general election campaign. It was also a central issue in the Brexit referendum. The idea that Britain could take back control of its borders was a key reason why the Leave campaign won. It’s also a big reason that the Conservative Party maintains its manifesto pledge to reduce net migration to less than 100,000.

The 2015 British Election Study, which polled 2,987 voters following the last general election, shows why. An overwhelming majority (73%) of respondents felt that too many immigrants have been let into the UK. More than 91% of them indicated that they felt particularly strongly about the topic of immigration.

Even among those who indicated that they would support Remain in 2015, a majority of 62% felt that immigration had gone too far. And polls since the referendum also show immigration to be incredibly important – for Remain voters, as well as Leave voters. 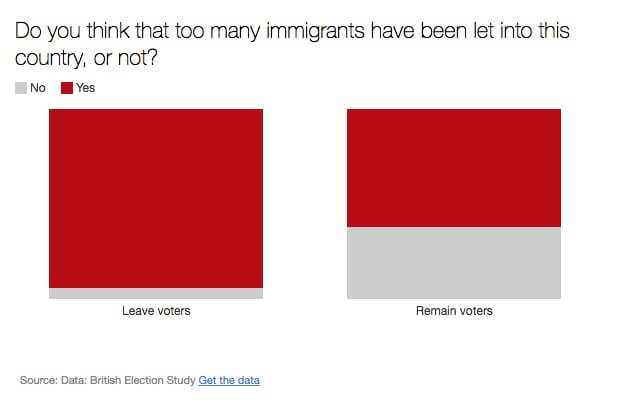 Meanwhile, public feeling toward immigration appears to be at odds with the needs of the British economy. The overall economic benefit of migration is beyond any doubt. When looking at the UK economy as a whole, there is little evidence of migrant workers stealing jobs from British workers. Plus immigrants pay more in taxes than they take out in welfare and use of public services.

Yet this aggregate picture does not represent the experience felt by many British people in areas that voted to leave the EU in large numbers. Our research indicates how migration from Eastern Europe contributed to growing electoral support for the UK Independence Party and the erosion of popular support for the UK’s EU membership. It also shows that this occurred over the relatively short period since the accession of Eastern European countries in 2004.

More than one million people (about 3% of the UK working-age population) migrated from Eastern Europe to the UK following accession. A simplistic telling of the story would be that British people, following this influx, simply decided they didn’t want to have foreigners around. Yet there is little evidence for such an explanation.

After all, even in 2015, when 73% of British Electoral Study respondents indicated that too many immigrants had been “let into the UK”, only 37.5% indicated that they thought immigration was bad for the economy. Similarly, in 2010 only 33.6% of the BES respondents (strongly) disagreed with the statement that immigration enriches the national culture. So how did we end up with the Brexit referendum result?

The explanation we propose is twofold. First, the migration wave that followed the 2004 accession affected parts of the UK that had previously had little exposure to migration – and particularly migration from the EU. The majority of Eastern Europeans did not move to London (which, before 2004, had absorbed more than half of Eastern European migrants). The areas affected were parts of the country that were already relatively deprived and had long been left behind by the rest of the country in terms of living standards.

So for the native British population in areas such as Peterborough in Cambridgeshire and South Holland and Boston in Lincolnshire, among many others – which all voted Leave in high numbers – migration is associated with increased pressures on the housing market and the labour market – and contributes to longer queues in the job centre.

It is equally true – and this may explain why social scientists concerned with the country as a whole missed this – that these economic effects are numerically tiny. In other words they cannot, in and of themselves, account for the growing discontent with the EU that we can attribute to migration from Eastern Europe.

This means that voters may have been mobilised around the topic of immigration that is visible in the areas of their residence, but it is not guaranteed that cutting immigration will provide any tangible economic benefits to these voters.

The latest release of net migration estimates suggests that Brexit is having its first effect in cutting down on migration. Net migration for nationals from EU accession countries was down to 5,000, which represents the smallest net migration estimate since these countries joined the EU in 2004. So, even though the UK is still technically a member of the EU, many Brexit voters are getting what they wanted when they voted Leave.

But it would be foolish to think that reducing migration can solve the UK’s serious problems of regional disparities and growing inequalities. Far too soon it will become evident that cutting down on migration is not a cure for the UK’s social problems. Quite to the contrary, it could exacerbate them by shrinking the tax intake that is available to redistribute.

Many voters seem to have blamed EU migration, especially because migration after the enlargement of 2004 disproportionately affected more disadvantaged areas that felt economically left behind – even before this migration occurred. It is unlikely that after the general election, the new government will be able to address these social problems – either due to a lack of fiscal resources or because negotiating a Brexit agreement will be the first priority.

Any new incumbent government will have to explain to voters that cutting down immigration is no panacea. Quite the contrary: wage growth will continue to be muted, investment in infrastructure will continue to be weak and public services quality will continue to worsen – but this time, without a wave of hardworking taxpaying immigrants to blame for it.