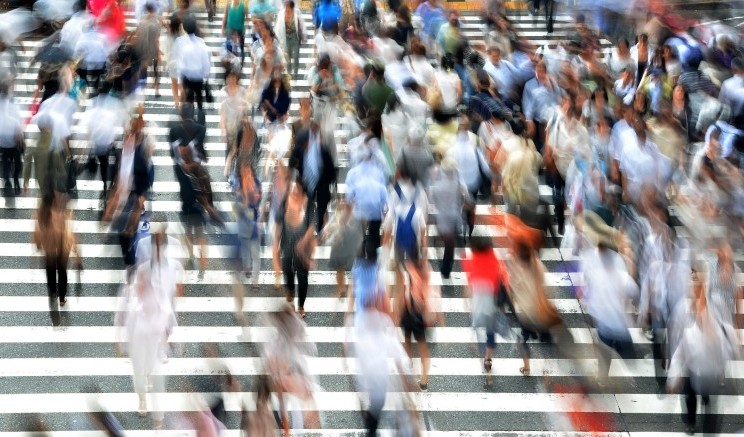 Perhaps the most important point is what’s not at stake – the principle of free movement. Although the Prime Minister started out by looking for major changes to the right of EU citizens to come to the UK to work, that was never on the table. As President Donald Tusk put it,

“we need to fully respect the current treaties, in particular the principles of freedom of movement and non-discrimination.”

So if we stay in, free movement stays. Instead, the negotiations have focused on three points:

What’s the deal on the table?

On benefits, the “emergency brake” proposal would mean:

The UK would have to justify its proposal by showing:

an exceptional situation exists on a scale that affects essential aspects of its social security system, including the primary purpose of its in-work benefits system, or which leads to difficulties which are serious and liable to persist in its employment market or are putting an excessive pressure on the proper functioning of its public services.

On child benefit, the current draft suggests that child benefit would still be payable, but at rate related to the cost of living and/or benefit rates in the country in which the child was living. But no such provision would apply to pensions.

On third country nationals married to EU citizens, the current draft would in principle allow the UK to apply the same rules as it currently applies to those marrying (or intending to marry) UK citizens. But this is an exceptionally complicated area.

There was a fourth element to the prime minister’s “demands” – when countries join the EU in future there should be transitional provisions regarding free movement. However, since this was the case in the past and would be in the future, it was really a complete non-issue, and the draft deal “notes” it.

What are they still arguing about?

The main issue with regard to the “emergency brake” appears to be the timing – how long could it last and could it be extended? Some other member states want to be sure, first, that it could only apply to the UK; second, that it is time-limited and will therefore not represent a permanent change to the basic principle of non-discrimination. It’s not clear if there are any major outstanding issues with respect to the other two points.

Of course, none of this means that other member states, in particular Poland, whose nationals are most affected, may not raise objections at the last minute.

What would happen next?

To translate the general terms of the deal into binding legislation, the Commission will have to draft and propose several Directives (European legislation).

The problem is that there isn’t a single economist in the Commission – or in the UK government, for that matter – who really believes that free movement is leading to the type of “exceptional situation” described here. London schools are outperforming the rest of the country by miles, partly because of immigration. NHS waiting times are actually lower in areas with higher immigration. And EU migrants pay more into the welfare system than they take out. As for the labour market…Crisis, what crisis?

Illustrating the Alice-in Wonderland nature of the whole debate, the Commission would promise to ignore all this:

But the European Parliament, which isn’t bound by any of this, would have to approve the proposal as well – and they might be less comfortable simply ignoring the evidence. And this process will, in any event, take some time.

But if some version of this proposal is indeed eventually implemented, what are the likely impacts? On benefit receipt, not much. On immigration, even less.

Relatively few EU migrants claim benefits in the first couple of years after arrival. Considerably more do so after that, as they learn about the UK system and, crucially, have children. If the deal means access would have to be progressively extended over the four-year period, what might happen is simply that the legal position comes closer in line with the reality, of gradually increasing use of the benefit system as migrants integrate into the UK labour market and society more broadly.

The impact on immigration flows is less certain but is highly unlikely to be substantial. There is no evidence the UK benefit system is a significant driver of migration from within (or without) the EU, while the availability of jobs and relative wage levels clearly are (and  increases in the National Minimum Wage may make the UK even more attractive).

Awareness of the UK in-work benefit system in source countries is low, and the low claim rates of new migrants also suggest benefits are not a major factor. While one cannot exclude there may be some impact, it looks highly unlikely to be quantitatively significant, and will be swamped by other factors – a recovery in the eurozone economy and labour market will have far more impact.

So, if the proposals will result in only modest changes to benefit receipt by EU migrants, and even less to migration flows, what’s the point? Well, from a political point of view, perhaps the real significance of these proposals is precisely that they do not challenge the basic principle of free movement, and will not make any significant difference to migration flows. They are, as many on both sides of the debate have pointed out, largely a sideshow.

So the dividing lines for the referendum on this issue are now much more clearly drawn. Those in the UK who oppose either European migration, or EU membership itself, frequently complain that somehow the British people were never consulted on whether or not we had “open borders” with the rest of the EU. Whatever the truth of that claim, it has considerable resonance.

But after the referendum, it will no longer be true. If the UK votes to stay in, it will have done so in full knowledge that staying entails a commitment to free movement of workers in the EU, both in principle and practice, and the resulting migration flows. If we vote to leave, we will have rejected that. Either way, the question will be settled.

Written by Jonathan Portes, senior fellow in the UK in a Changing Europe and principal research fellow of the National Institute of Economic & Social Research.