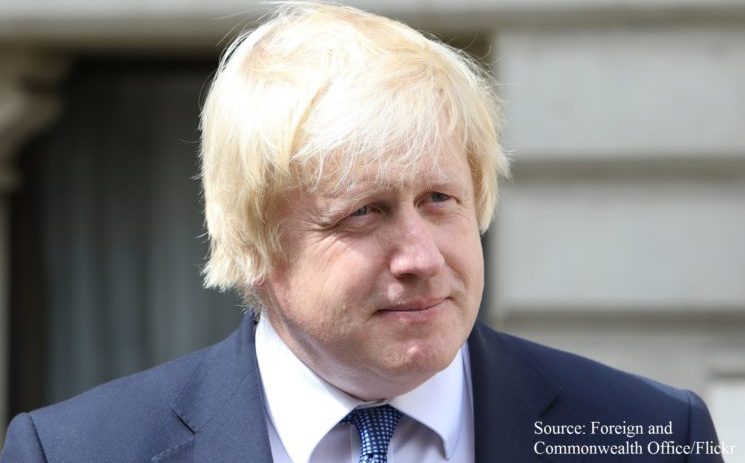 “My policy on cake is pro-having it and pro-eating it”, Boris Johnson, now Foreign Secretary, said during the referendum campaign.  On the face of it, in slightly less evocative language, that’s exactly Theresa May’s approach to negotiating Brexit.

“I want it to give British companies the maximum freedom to trade with and operate within the Single Market – and let European businesses do the same here. But let’s state one thing loud and clear: we are not leaving the European Union only to give up control of immigration all over again.”

Now, as European leaders have made entirely clear, restoring “control of immigration” – that is, ending freedom of movement for EU citizens wishing to move to the UK – is simply not compatible with membership of the Single Market on anything remotely resembling the current terms. But read Mrs May’s speech again, and it’s clear which matters more. She’d like to have her cake – the Single Market. But if it comes to a choice, and it will, then eating it – ending free movement – is her priority.

In fact, even after the Conservative Party conference, the government’s official position remains extremely flexible. Replacing free movement with “control of immigration” could mean a relatively light touch system, with perhaps just an overall quota and restrictions on claiming benefits, but which preserved a considerable degree of labour mobility between the UK and the remaining EU. At the opposite end of the spectrum it could mean applying exactly the same burdensome, bureaucratic controls that apply to skilled workers and students from outside the EU at present.

But whatever the outcome, we should be under no illusion that the impact will only be to reduce unskilled or “low-value” immigration from within the EU. This ignores the nature both of migration systems and outcomes. No system can select perfectly, or even close to it. The view that we can devise an immigration system that allows in “only immigrants that have the skills we need” implicitly assumes both the feasibility and the desirability of a centrally planned labour market. And it ignores the fact that migration is not just a matter of the UK choosing migrants; migrants have to choose us.

Even if we wish to remain open to skilled migrants from elsewhere in the EU post-Brexit, they may not choose to come here (or remain here). Almost any plausible outcome will result in an increase in regulatory burdens on business; a reduction in the flows of both unskilled and skilled workers; and an increase in illegal working. The key question for policymakers should be how to minimise these negative impacts. But what Mrs May’s speech does tell us is that for her, reducing immigration is more important.

This was underlined by proposals floated by the Home Secretary, Amber Rudd, designed to make it even more difficult to hire skilled workers from outside the EU. The government’s own Migration Advisory Committee said less than a year ago that further such restrictions posed a significant risk of “detrimental impacts on UK productivity, innovation and competitiveness in the short term and the longer term.” In other words, the government proposes, as a matter of policy, to put the UK’s productivity and competitiveness further at risk, in order to reduce immigration from outside the EU – which of course has nothing to do with Brexit.  Ms Rudd also announced plans for further curbs on international students – which will simply make the UK less competitive in an important, high value export sector.

Now, at the moment most of this is just rhetoric – little or nothing will actually change in terms of immigration policy for some time. But rhetoric can do real economic damage.  Immigration has been a major driver behind the growth of the UK economy for the last two decades – but especially over the last three years. Looking forward, the combination of a slowing economy, the sharp fall in the pound after Brexit, and the psychological impact of the Brexit vote – exacerbated by the strongly anti-immigration tone of the Conservative Party conference – may well lead to a sharp fall in immigration, especially from the EU, even before the Brexit negotiations are properly under way.

Already, some employers are finding it harder to recruit and retain highly skilled, mobile workers. And the government’s refusal to commit to preserving the rights of all EU citizens currently resident here – while understandable from an administrative and negotiating perspective – means that there will be an extended period of damaging uncertainty for many individuals and their employers.

It would be hugely ironic if it was the referendum result – rather than any change in policy – that led to a significant reduction in net migration. Equally ironic, but much more serious, will be the economic consequences.

By Jonathan Portes, Senior Fellow, UK in a Changing Europe. This piece originally featured in the International Business Times.