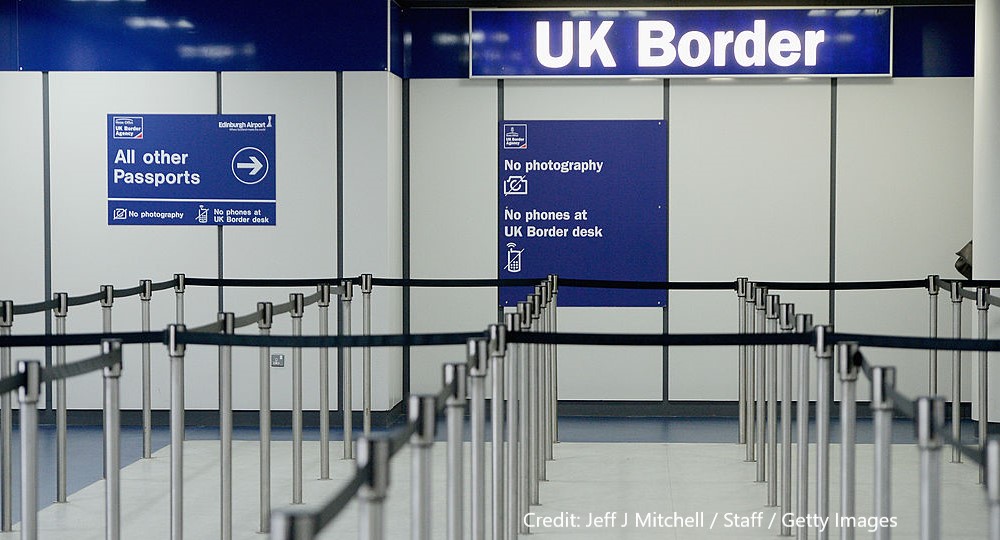 Today’s bumper edition of immigration statistics tells us more both about what happened during the pandemic, and the impact of the post-Brexit migration system.

By contrast, non-EU net migration remained high, even during the period most affected, and was back to about 250,000 in the year ending June 2021.

As the ONS admit, there’s a huge amount of uncertainty about these statistics, which are based on experimental analysis of administrative data. And as the ONS correctly point out, there are lots of technical reasons – the exclusion of many refugees and asylum claimants for example – that mean these data aren’t directly comparable with previous migration estimates. But let’s try.

The charts below show today’s published estimates and compare them with the historical record from two sources: the published ‘Long-Term International Migration’ estimates, largely based on the International Passenger Survey, and the ONS’ ‘administrative data based‘ experimental estimates, using the “RAPID” database, produced more or less on the same basis as today’s. 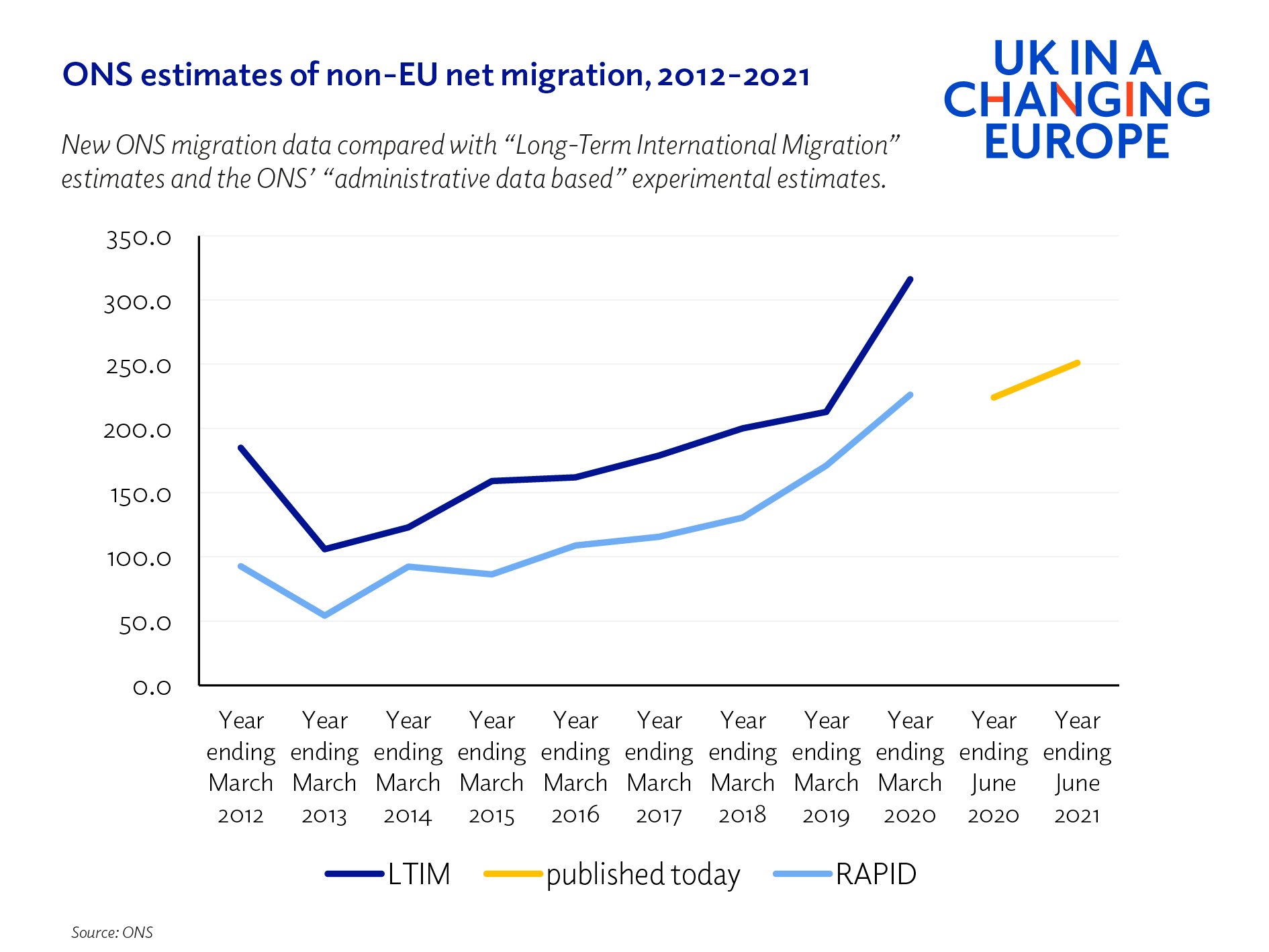 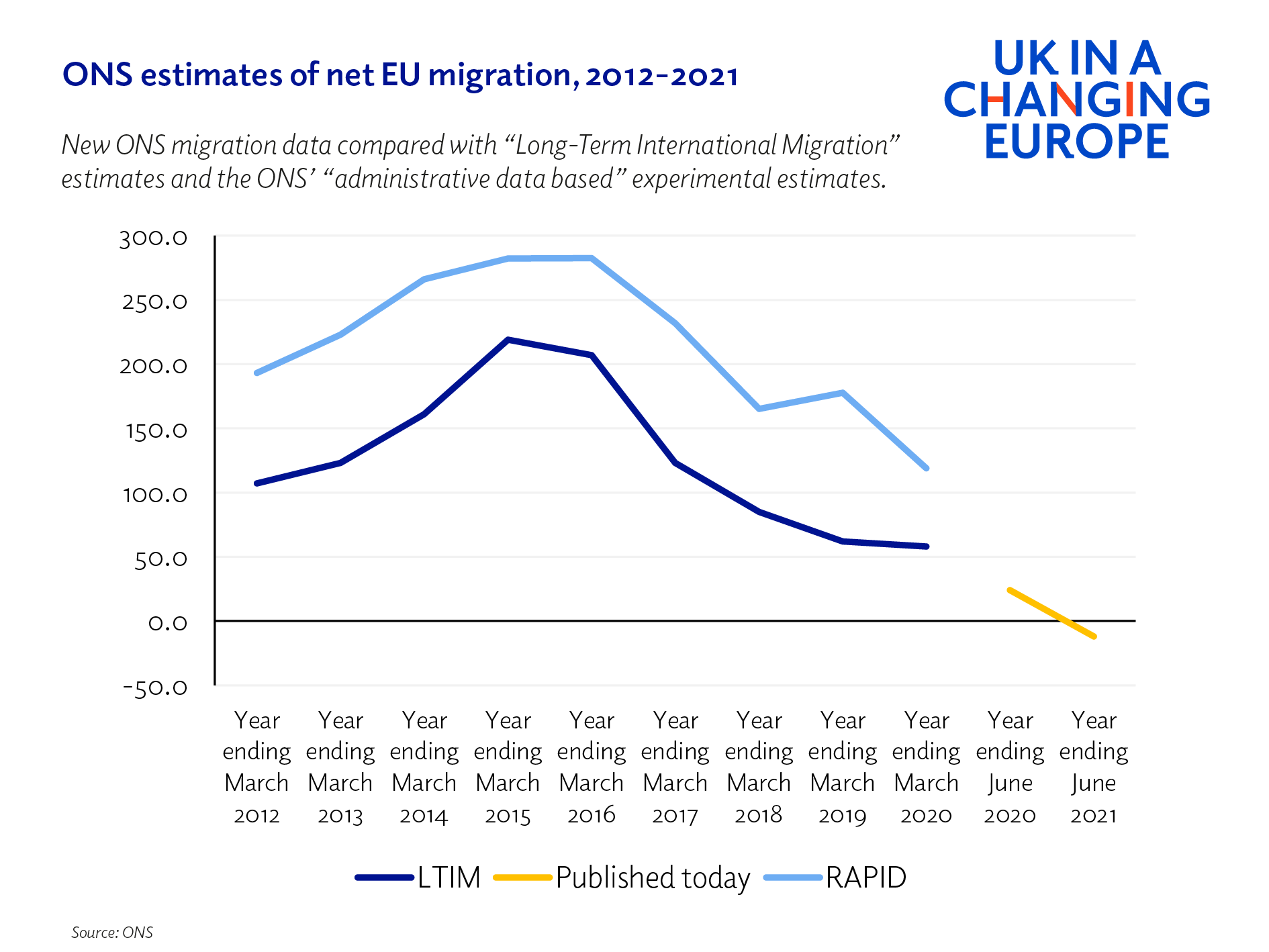 The key point here is that while you might be tempted to compare today’s estimates – in orange – with the dark blue line, that would be wrong. It’s much more sensible to compare them to the light blue line – the RAPID-based estimates.

Doing that suggests a considerably more dramatic fall in EU migration during 2020, with migration sharply negative in the first few months of the pandemic, as well as a more plausible (in my view) profile for non-EU migration.

Nevertheless, questions remain.  In particular, it’s very hard to square these numbers – which suggest that there are roughly the same number of EU citizens living here as pre-pandemic – with separate HMRC data which say that there are 150 to 200,000 fewer on company payrolls.

This is at a time when the overall number of employees has actually increased, and we have very widespread reports of staff shortages and high vacancy levels in some sectors, particularly hospitality, linked to the departure of EU-origin workers.

Something here doesn’t quite add up.

Nevertheless, ONS say that say that “early insights from provisional census results” has given them some confidence in this data.

If these errors cancel out, they may indeed broadly cancel, and the census data will – we hope – confirm that.

We will, however, need to wait for the detailed census results to get a clear picture of what the resident UK population looks like now – and hence what we can say about the history of migration over the last decade (Madeleine Sumption’s blogs here and here explain in more detail what the census will and won’t tell us). But it seems safe to say that ONS think the Census will broadly confirm the accuracy of their (revised) migration statistics.

Covering only 6 months of the post-Brexit system – and that  a period when we were in lockdown much of the time, and travel was still heavily restricted – the ONS data don’t tell us much about the post-Brexit system, although it does look like even in the second quarter of 2021 non-EU migration was on the rise. For that, we need to look at the Home Office’s separate administrative data on visas, which go up to the first quarter of this year.

When I wrote about this three months ago, I made five key points.  Broadly, these remain valid: 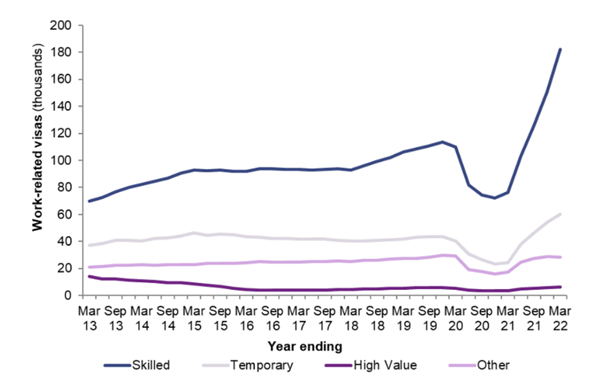 3. The figures are even more dramatic for students. 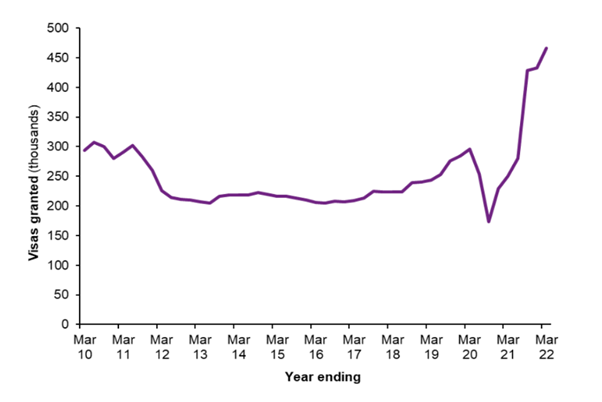 4. These increases are not primarily driven by the fact that EU citizens now have to apply for visas;

What can we conclude overall?  All this is consistent with my oft-expressed view – that the Brexit referendum was indeed a major turning point for migration to the UK. But rather than signal a reversal of the post-1997 overall increase in migration, it marked a reversal in the post-2004 shift from non-EU to EU migration, and a return to more historical migration patterns.  Even the prospect of Brexit made the UK less attractive to EU migrants, which in turn prompted employers to look outside the EU, and government to loosen controls.  Both the pandemic and the introduction of the post-Brexit migration system have accelerated and accentuated those trends.