India and the balancing act on Ukraine 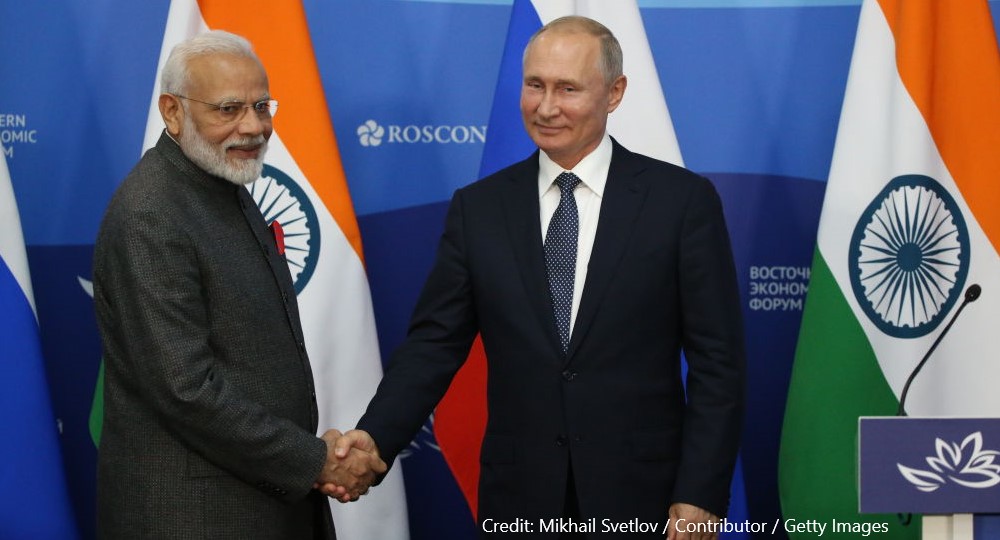 While the visits of Singh and Truss were viewed as a means to apply a diplomatic push on India to take a sterner stance on Russia’s invasion of Ukraine, Lavrov’s visit seemed to be aimed at finding a way to circumvent sanctions to further Russia’s trade relationship with time-tested friend, India.

India had abstained from voting on successive United Nations Resolutions condemning Moscow’s actions. Instead, it had called for cessation of hostilities and a peaceful resolution of the matter, though there has been an evolution in India’s position with External Affairs Minister S Jaishankar adding to India’s previous position that ‘differences and disputes should be resolved through dialogue and diplomacy and by respect for international law, UN Charter, sovereignty and territorial integrity of states’. India has also supported calls for an independent investigation into the “deeply disturbing reports” pertaining to killings in Ukraine’s Bucha. However, it is extremely unlikely that India will go beyond this position and shift to outright condemnation of the invasion, given the utmost strategic relevance of its contemporary and historical ties with Russia.

Daleep Singh clearly warned of consequences for any countries, including India, that actively attempt to circumvent sanctions, whereas Truss stated that she was not here to tell India what to do, but essentially urged India, as a democracy, to work with other democracies in making Russia suffer the consequences of this invasion. In the past month, two of India’s QUAD partners, Japan and Australia, have also called upon India to take a more unambiguous position on the Ukraine crisis.

No doubt, India is having to navigate some complex equations with a variety of actors, owing to the difficult circumstances and its position. However, Indian policymakers do not seem to have lost sight of the herculean importance of Indo-Russian ties, even in the face of this building pressure.

India’s relationship with Moscow stretches back more than seven decades, and the former still sources more than half of its military hardware from Russia. At a time of severely deteriorating Indo-Chinese relations following the border clashes around Ladakh in April 2020, Russia’s defence supplies to India at good prices have become even more strategically crucial, as this is not something on which the West has not been forthcoming. Pakistan is also another hostile neighbor that India has had a tough relationship with and continues to do so, which accentuates the importance of military preparedness that Russian arms facilitate.

Moreover, as the United States has become closer to India over the last couple of decades, Russia has been forging a close nexus with China to attain a geopolitical balance in the light of worsening US-Russia ties. This has not particularly affected the Indo-Russian relationship since both countries have regularly emphasized that their ties with each other are independent of their ties with other countries based on geopolitical realities.

Completely antagonizing Russia could lead to an even closer Russia-China axis which India would not want; additionally, maintaining a stable friendship with Russia could potentially give India a viable channel of communication in maneuvering its issues with China, as Russia and China inevitably get closer to each other.

To be sure, India’s largescale energy dependency also lends further importance to its strategic relationship with Russia, that is reportedly willing to sell high-grade oil at heavily discounted prices ($35 per barrel), with India wanting to buy approximately 15 million barrels in the first deal. Responding to western flak over this decision to buy Russian oil, External Affairs Minister S Jaishankar pointed out that less than one per cent of India’s crude purchases are from Russia and the major buyers of Russian oil and gas are from Europe.

He noted that that Europe had bought more than 15% more oil and gas from Russia than India did in March. Indian Finance Minister Nirmala Sitharaman has also clarified that India had already started buying oil from Russia, and that in the future India’s overall national interests are what will be kept in mind – highlighting India’s independent foreign policy considerations.

Notwithstanding the contemporary strategic reasons, India and Russia have historically shared an extremely pivotal political relationship as well, with both the countries backing each other in global multilateral forums on vexed political issues such as Kashmir and Crimea. During the Cold War too, when the Americans had close ties with India’s regional rival Pakistan, the USSR always stood steadfast with India.

A longstanding political and ideological congruence existed between India and the USSR, which has since developed into a privileged strategic partnership despite challenging geopolitical circumstances at various stages in history, as reiterated by representatives from both countries time and again.

It is noteworthy that India has not sided with Russia, but has rather taken a neutral stance on the conflict as symbolized by the former’s decision to abstain from voting on a Russian-backed resolution on the humanitarian crisis in Ukraine at the United Nations Security Council. Yet, irrespective of India’s position in this crisis, India must first be cognizant of the geopolitical realities and challenges that it faces.

Although Indo-Russia trade remains quite low in absolute numbers (less than $11 billion), India’s crucially hefty dependence on Russia for arms amidst prolonged conflict with a militarily mightier China, inadequacies in terms of meeting its own energy requirements in the backdrop of Russia being rich in energy resources, paired with its historically stable and trusted relationship with Russia, means that it is unviable for India to strain this relationship.

Until it has achieved self-sufficiency, or at least devised viable alternative channels for trade (especially in arms), nothing will change in the short-term. India must act to protect its own national interests, and so it is extremely unlikely that any amount of western pressure would compel India to give up its balancing act on the war in Ukraine.