India and the UK adjust to the realities of Brexit 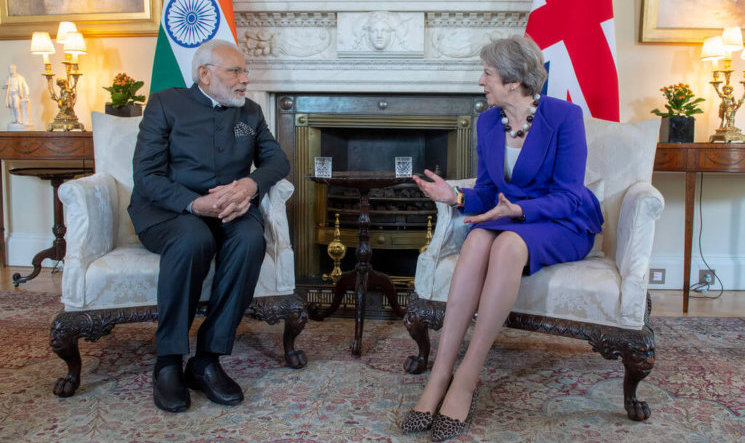 Prime Minister Narendra Modi was in London last month to attend the 2018 Commonwealth Heads of Government (CHOGM) summit. This was his second visit to London since 2015.

Looking back, it almost seemed that 2015 was a radically different era, with David Cameron as the British prime minister and Brexit still talked of as an impossibility. But for India-UK relations, Modi’s visit was an important one, as India had failed to reciprocate three earlier visits by Cameron to India and there was a growing sense in London that the bilateral relationship was heading nowhere. Modi’s visit had reaffirmed New Delhi’s commitment to a strong India-UK partnership.

With bilateral trade of $13 billion and India being the third largest investor and the second largest international job creator in the UK, there is no reason to be diffident about this bilateral engagement.

The UK is India’s fourth largest inward investor and the Indian diaspora in the UK of around 1.5 million is not only one of the largest ethnic minority communities but also one of the most productive, contributing around 6 percent to the country’s GDP.

During his meeting with the British Prime Minister Theresa May last month, the focus areas were those where synergies could be built upon between British and Indian core strengths, such as education, skill development, healthcare, cyber security, maritime security and innovation. The UK formally joined the International Solar Alliance.

Theresa May’s visit to India in 2016, her first foreign visit outside Europe after taking over as prime minister, had been an underwhelming affair, with then commerce minister Nirmala Sitharaman suggesting that difficulties faced by Indian professionals and students “sounds like non-tariff barriers in the services sector,” and underlining that “we are not being treated as old friends any longer.” Modi’s visit signalled that New Delhi was keen to engage London though the priorities of the two remained somewhat different.

The spectre of Brexit loomed large over India-UK engagement. Prime Minister Theresa May sought to allay Brexit-related concerns of Indian firms and investors by underlining that their access to European markets will continue till 2020.

Modi, in turn, assured May there would be “no dilution in the importance of the UK to India” after it leaves the European Union, even talking of Brexit offering opportunities to further increase trade ties. Though Britain remains keen to forge a free trade agreement with India after exiting the EU, India has adopted a wait and watch approach in this regard.

But beyond India-UK ties, all eyes were on how Prime Minister Modi will try to revive what is widely regarded in India as a moribund organization: the Commonwealth. The Indian Prime Minister was at CHOGM for the first time since 2010, as Modi had skipped the 2015 summit in Malta and his predecessor Manmohan Singh decided to ignore the 2011 and 2013 summits in Australia and Sri Lanka respectively.

Now the British government is keen to revive the Commonwealth with Modi being invited personally by the Queen in a letter addressed to him which was delivered by Prince Charles, who visited India in November last year.

Today as Britain searches for a new global identity post Brexit, there are those who believe that the Commonwealth, where a third of the world’s population in English-speaking democracies resides spanning multiple ethnic and religious faultlines, could emerge as a significant international platform.

And India, one of the most powerful and important of emerging global powers, should take the lead in reimagining the future of the Commonwealth.

For its part, New Delhi would be interested in how this platform can be used to generate momentum on trade-related issues. It is likely too that the CHOGM will focus on ways to enhance trade linkages among Commonwealth countries. Intra-Commonwealth trade hovers at around $800 billion and the target is to take it to the $1 trillion mark.

India has already indicated that it is keen to let Commonwealth nations have free access to its world-class cricketing facilities. During the summit, India announced doubling of its contribution to the Commonwealth fund for technical cooperation, stressing the need to focus on providing developmental assistance to small island states as well as on capacity building of small states and small island developing states that are part of the Commonwealth.

For Britain, a rejuvenated Commonwealth will give it the confidence of being able to play a significant global role after Brexit. Meanwhile, for India, it can become a platform to demonstrate its leadership credentials.

From trade and security, from connectivity to global governance, there are enough opportunities to tap into. At CHOGM 2018, India demonstrated that it is keen to take full advantage of the changing global realities and shifting British priorities.